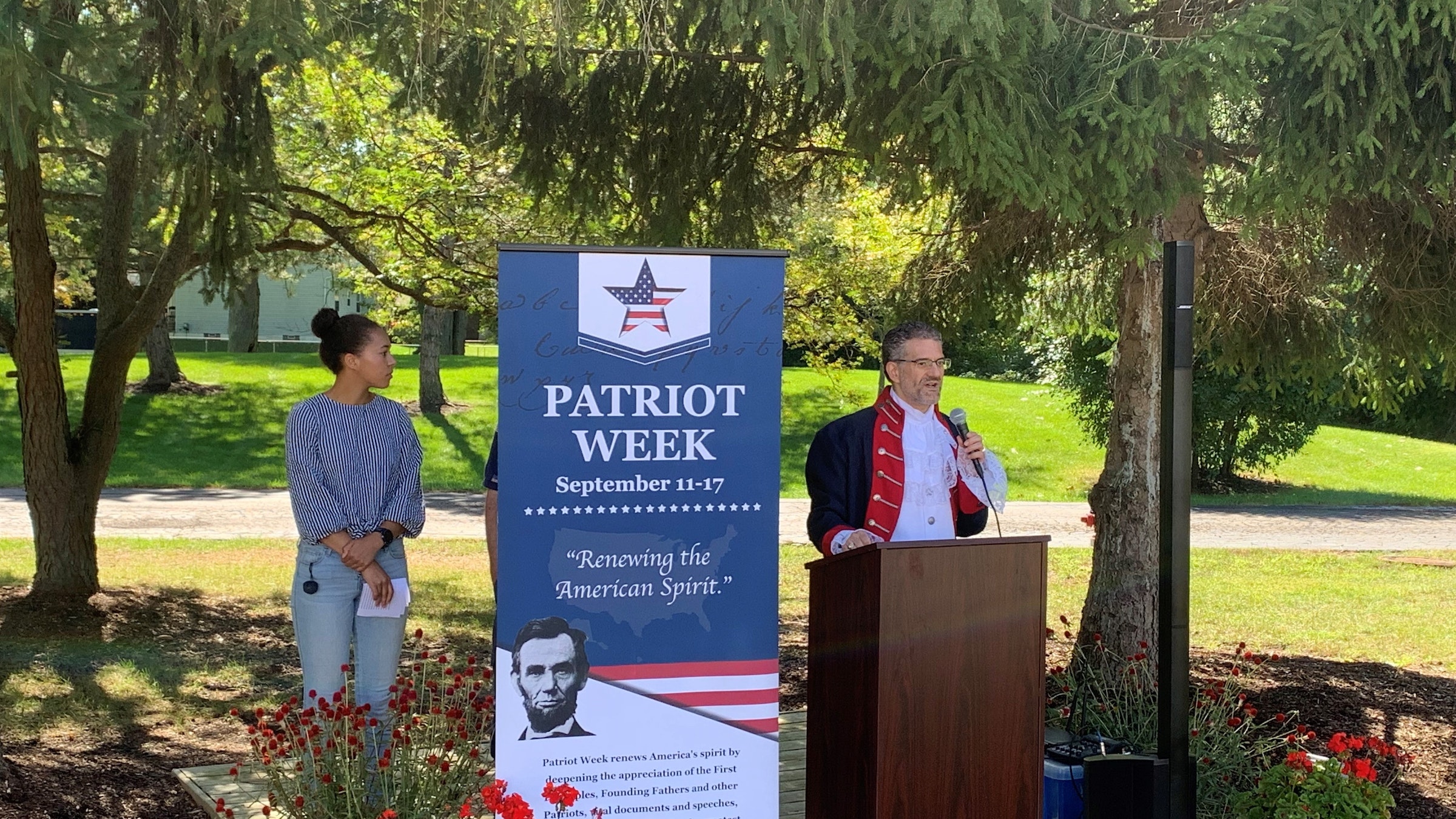 LAKE ORION — Since 2009, Judge Michael Warren has been trying to encourage Americans to rediscover their roots as a people and the founding principles that built the nation.

Americans once had a robust civic calendar, Judge Warren notes, marked with key events such as George Washington’s birthday, Abraham Lincoln’s birthday, Memorial Day, Independence Day, Veterans Day and Armistice Day, but now those dates have either been largely forgotten or relegated to occasions to have a mattress sale.

Lamenting this lack of civic virtue — and a diminishing knowledge of civics itself — the Oakland County Circuit Court judge and his daughter, Leah, founded Patriot Week.

“Patriot Week is meant to renew the spirit of America,” Judge Warren, who became Catholic in 1993, told Detroit Catholic. “We do that through a deepening of our appreciation and understanding of our founding principles that are articulated in our Declaration of Independence, such as the rule of law, the principles of limited government, the right to free association, the social construct of equality and the right to alter or abolish oppressive governments.”

Patriot Week is celebrated from Sept. 11, the anniversary of the 9/11 terrorist attacks, to Sept. 17, Constitution Day, with each day designated with a specific founding principle for participants to read and reflect upon.

“The civic calendar has become gutted of its real meaning and has become empty excuses for three-day weekends and appliance and carpet sales,” Judge Warren said. “I was explaining this to my 10-year-old daughter at the time (in 2009), and she got very upset. She pounded on the table and demanded a new celebration for America. We wanted tp react in a positive way, so we set about to make Patriot Week.”

Patriot Week has received recognition from Congress and various state legislatures and municipal governments in promoting the nonpartisan celebration dedicated to patriotism and civic knowledge.

“We spend a lot of time fighting and really trying to tear down our history or shame our history, and we forget about the unique blessings in this country,” Judge Warren said. “I think we need to make sure that we never forget that we are a country that is united; we need to remind people what makes our country great, the freedoms we have.”

With the recent commemoration of the 20th anniversary of the 9/11 attacks, Judge Warren this year is especially one to acknowledge the sacrifices others have made to preserve freedom.

“Those of us who were alive and really understood what happened (on 9/11) know of the major impacts which are still felt today,” Judge Warren said. “We realized we are vulnerable to attacks. This was our generation’s Pearl Harbor. It exposed to us that just because we live in America doesn’t mean we’re safe and secure.”

Judge Warren particularly recalls what many dubbed the “9/12 effect,” the days after Sept. 11 when the country put aside its partisan differences and conflicts to come together and grieve and remember what unites us as a country.

“For a significant period of time after the attacks we put aside our petty disagreements and unified around what unites us, which are our founding principles,” Judge Warren said. “We realized we shared more in common than we normally think.”

Disagreements and debates will be around as long as there is democracy — that is part of what makes America great, Judge Warren says, but Patriot Week can be a reminder of what keeps this country together.

“Can we keep the spirit of America alive in whatever form it takes?” Judge Warren said. “For us as Catholics, I think that prayer is powerful and works. So let’s pray for our country, pray for the victims and those who still suffer because of 9/11. And I think if people would set some time away and silently pray for our country, for our first responders, for those who have been affected by 9/11, I think that would make all the difference in the world.”

Deacon Steve Morello was uniquely positioned to serve the Lord and the American people in the aftermath of the tragedies of...