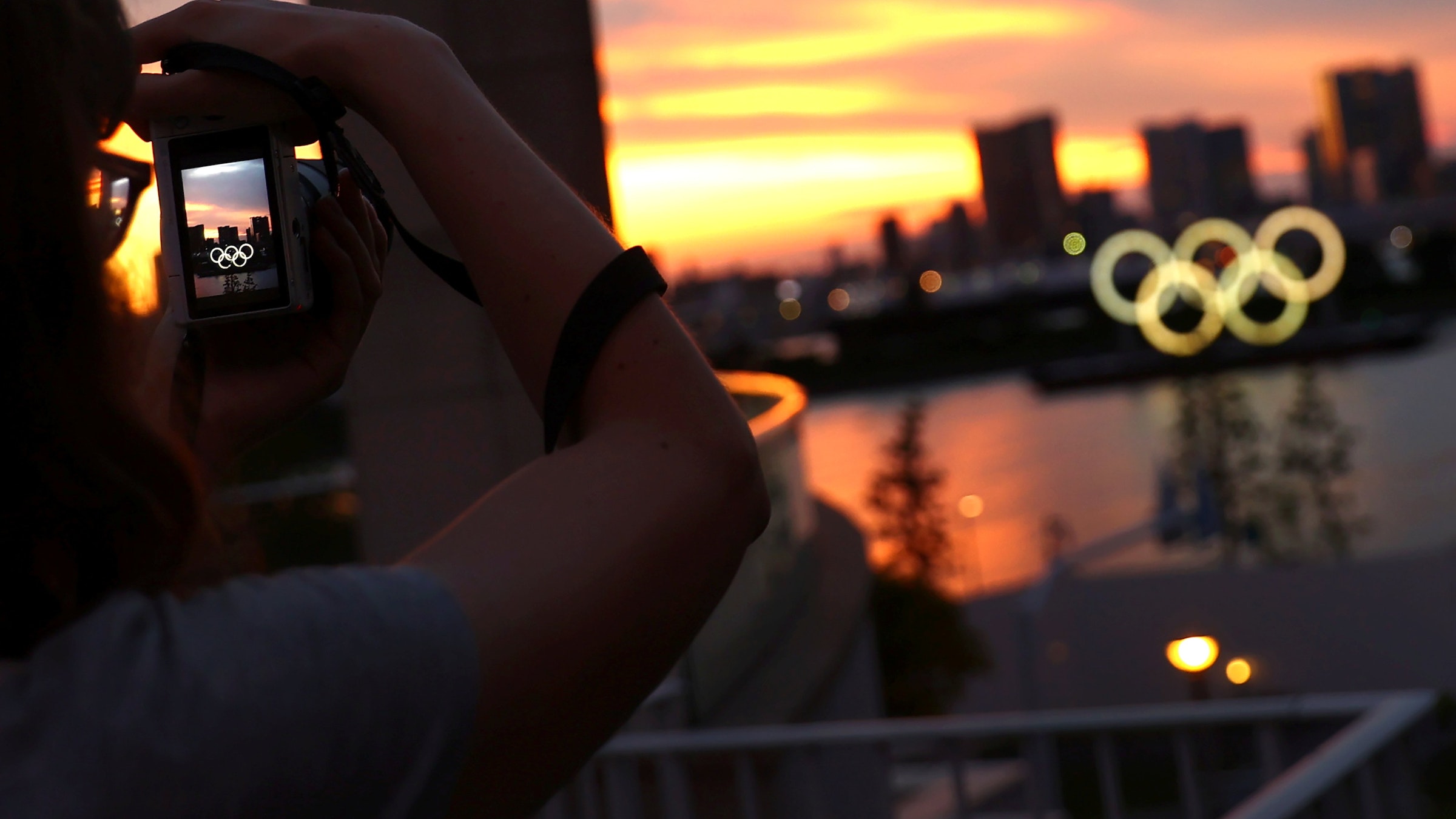 A person photographs the Olympic Rings in front of the skyline during sunset in Tokyo July, 20, 2021, three days ahead of the official opening of the 2020 Olympic Games. (CNS photo/Kai Pfaffenbach, Reuters)

TOKYO (CNS) -- The Tokyo Archdiocese suspended public Masses until Sept. 12 as COVID-19 cases continue to spread in Japan, especially in the capital and adjacent areas.

During the four-week period, all public Masses are suspended. Masses in convents and religious houses are allowed provided there is no participation by those who are not members of the community, the prelate announced.

In the case of funerals, the announcement suggests that "after discussing with the bereaved family, they may proceed with cremation first and have the funeral Mass at a later date.”

The archbishop's notice added that any "decision on whether to continue with this response will be announced on or before Sept. 5.”

Similar to last year, during the period of suspension of public Masses, the archbishop's Sunday Masses will be livestreamed through the YouTube channel of St. Mary's Cathedral in Tokyo. Weekday Masses will also be broadcast from the channel, ucanews.com reported.

The announcement came less than two weeks before the Paralympics, which were to run Aug. 24-Sept. 5. In mid-August, an average of more than 16,600 cases of the virus were reported nationwide each day, a 77% increase over the previous week.

Many Japanese had protested that the Olympics were held in Japan July 23-Aug. 8. The government took measures such as restricting crowds in Tokyo, and athletes were kept in a bubble.

In mid-July, in an effort to prevent the spread of COVID-19, the Tokyo Archdiocese asked athletes and other visitors not to attend Mass at archdiocesan churches when they came for the Summer Games.

The measures in the Tokyo Archdiocese came as Japan's government extended the COVID-19 state of emergency in Tokyo and other cities until Sept. 12; it had been expected to expire at the end of August.

While half of Japan's more than 126 million people have received a first dose of a vaccine, less than 40% are fully vaccinated, ucanews.com reported.

Japan has recorded 1.15 million cases and 15,423 deaths from COVID-19, according to Our World in Data. The government has struggled to contain the outbreak in major cities, including Tokyo, and has faced criticism for a sluggish vaccination drive.