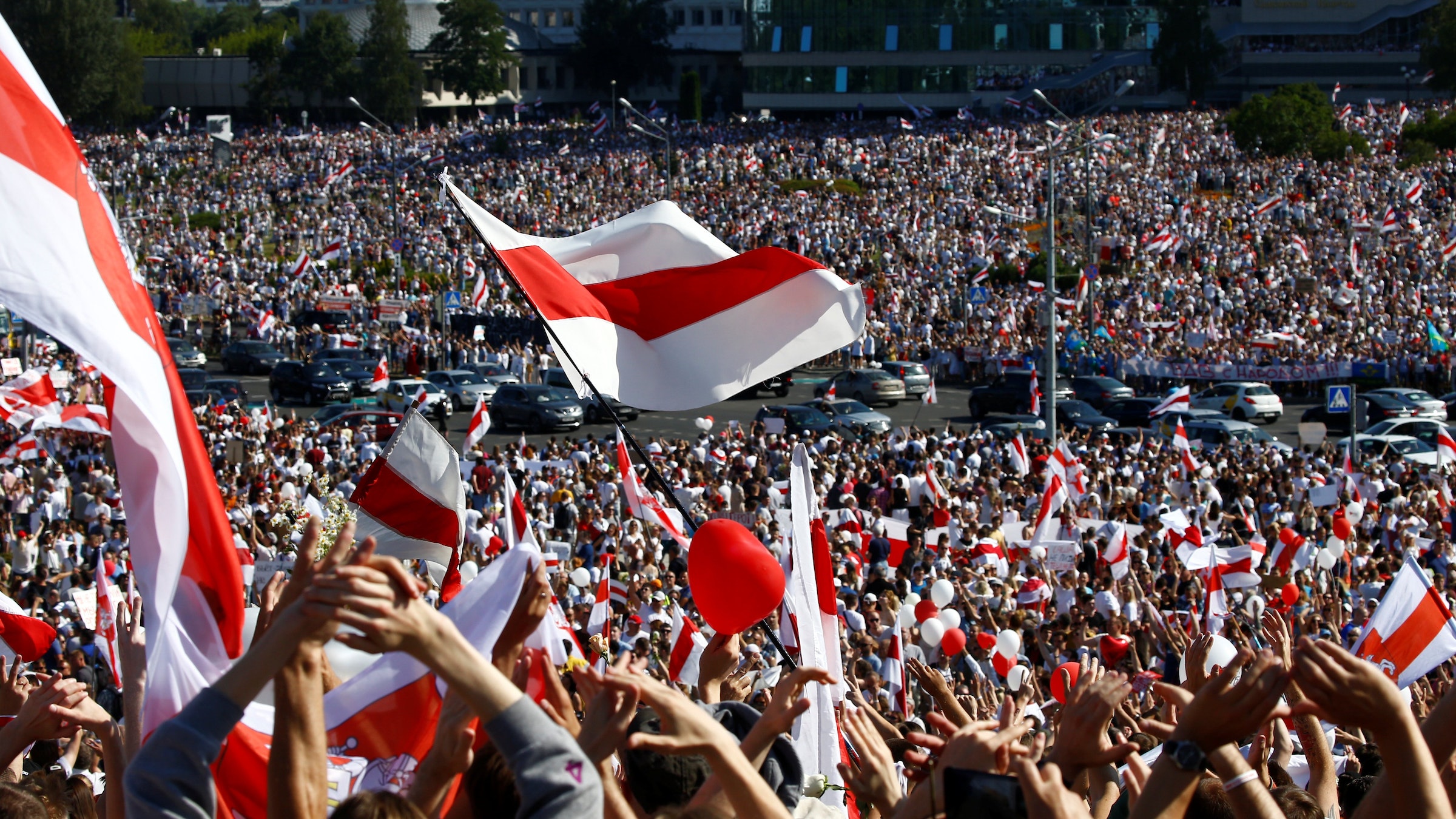 OXFORD, England (CNS) — A Catholic Church spokesman confirmed that clergy are unable to minister to political prisoners in Belarus, after a Christian charity accused the country's rulers of using the coronavirus as an excuse for refusing pastoral access.

"The coronavirus is providing very neat possibilities for all kinds of negative answers," said Father Yuri Sanko, spokesman for the Belarusian bishops' conference. "Our church has no signed agreement with the Interior Ministry, so a priest can only visit if a prisoner requests it. Even if such a request is made, however, the authorities can decide whether to let the priest in.

"Since there's no legal arrangement, prison officials are deciding by themselves whether anyone can see a priest or receive sacraments," Father Sanko said. "Since we can't demand the right to visit anyone, this has made things much harder, even for purely individual pastoral requests."

In a May 6 interview with Catholic News Service, Father Sanko said Belarus' predominant Orthodox Church had a formal agreement with the government on prison visits, giving its clergy easier access to Christians jailed for opposing the regime of President Alexander Lukashenko.

He added that retired Archbishop Tadeusz Kondrusiewicz had visited detainees in the summer of 2020, but said no bishop had gained access to prisons this year, while the church had been unable to develop a "pastoral plan" for helping those incarcerated.

Conditions have been tense in Belarus since Lukashenko, already in power for 26 years, was proclaimed victory with 80% of votes in August 2020 elections, provoking mass demonstrations and harsh reactions by the president's security forces.

In a May 4 report, Christian Vision said "spiritual assistance to persons in custody at their written request" was permitted under article 117 of Belarus' 2004 Internal Regulations on Pretrial Detention Facilities. It said prison officials had rejected requests for priests, citing the "epidemic situation."

"The right to religious freedom is guaranteed by the constitution of the republic of Belarus and protected by international legal documents ratified by Belarus, particularly the International Covenant on Civil and Political Rights," Christian Vision said.

"The non-admission of priests to religious political prisoners and the use of discriminatory and repressive measures against them are unacceptable in a democratic, legal state and grossly violate one of the fundamental human rights."

The report was published as government leaders from leading industrial nations, meeting May 3-5 in London, called on the Lukashenko regime to hold "new, free and fair elections under international supervision" and release "all unjustly imprisoned for expressing their democratic aspirations."

Ihar Baranouski, a member of Belarus' small Eastern Catholic church, told CNS May 6 that clergy had been able to gain access to prisoners "although with difficulty" during 2020, but said all pastoral visits were now being refused.

He added that prisoners were also having trouble obtaining Bibles, as well as letters, packages and "any contact with the world," and said detention conditions were "absolutely awful," with "no safety standards at all."

"Priests are ready to observe security measures strictly when visiting prisoners, but for Lukashenko's authorities, COVID is just an excuse for punishing them and further restricting their rights," said Baranouski, an editor who was detained for 30 days after an October street protest.

"People are being detained just for carrying a small flags, stickers or symbols, or for critical statements on social networks; harsh, unjust court sentences on trumped-up cases can lead them to lose their jobs or have their children sent to orphanages, so many political prisoners won't even ask to have their religious needs met, so as not to aggravate their situation."

Christian Vision said an Orthodox layman, Pavel Sevyarynets, whose trial began May 5 in a closed court at Mogilev, had eight written requests for a pastoral visit, assisted by his wife and religious community. His requests had been ignored since his June 2020 arrest.

It said a Catholic from Lida, Irena Bernatskaya, had had two requests turned down since her March detention on incitement charges.

A Catholic mother of five, Olga Zolotar, accused of "creating an extremist formation," had similarly had her requests rejected, the charity said.

Father Sanko said Zolotar's Minsk parish priest had been unable to visit her in prison, while a petition by 70 Catholic priests seeking her release had also had "no effect."

Prayer requests for political prisoners have been posted by relatives on a Facebook group, "Catholics of Belarus."

A May 6 post said relatives of a young detained Catholic, Vadzim Gourman, had received no letters from him since mid-April, nor notification of where he was being held, adding that he had earlier warned his mother not to believe claims he had committed suicide.

Baranouski said he had been told there was "no suitable room" available when he asked to meet a Catholic priest while in prison last autumn. He said a Brest police chief had mockingly threatened to "hear his confession" if his requests continued.