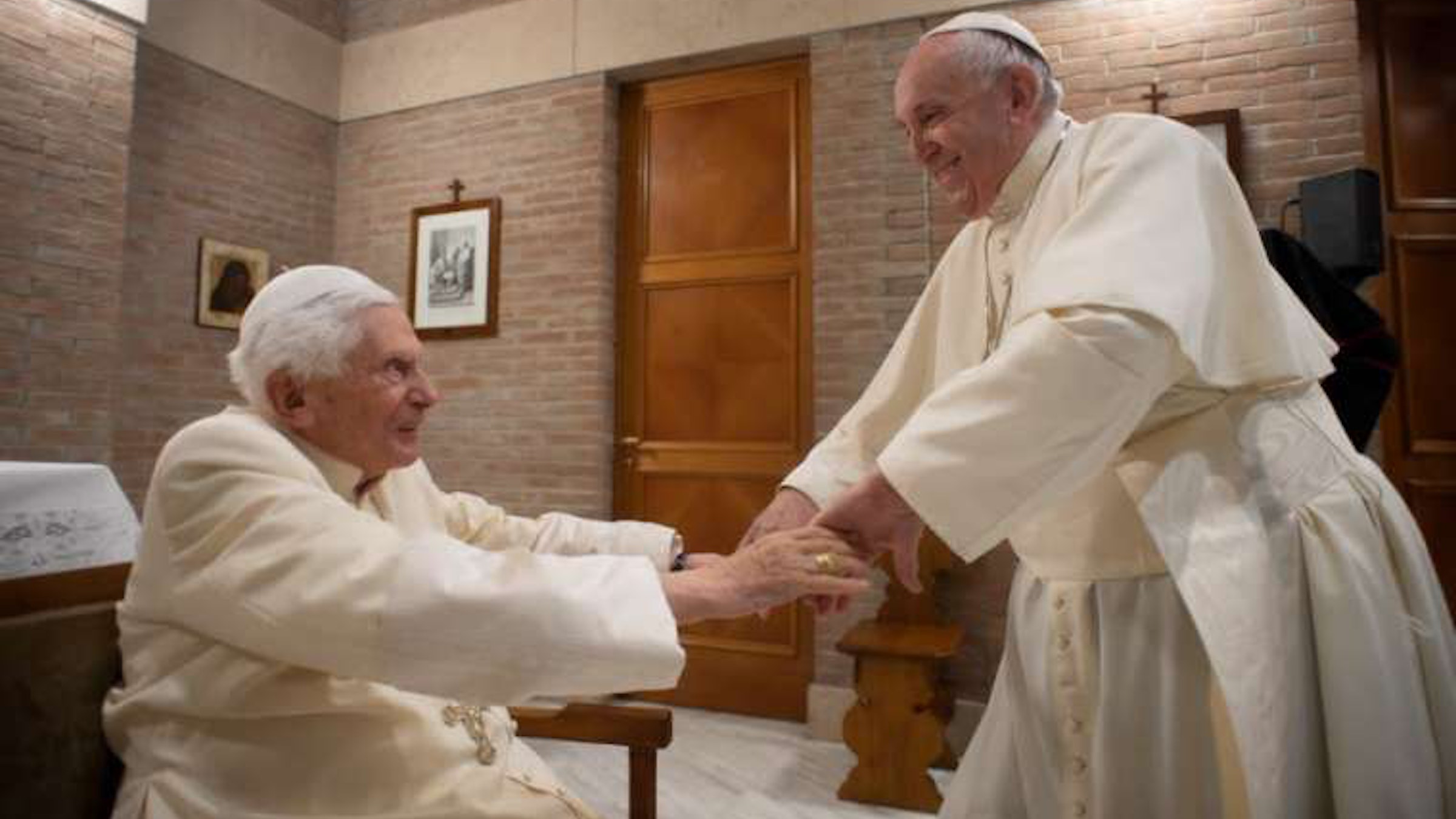 VATICAN CITY (CNA) –– Pope Emeritus Benedict XVI will receive the coronavirus vaccine as soon as it is available, his personal secretary said Tuesday.

Archbishop Georg Gänswein told CNA Deutsch, CNA’s German-language news partner, Jan. 12 that the 93-year-old former pope would be vaccinated “as soon as the vaccine is available.”

“I will also be vaccinated along with the whole household of the Mater Ecclesiae Monastery,” said Gänswein, referring to the Vatican monastery where Benedict XVI has lived since resigning as pope in 2013.

Vatican City will begin vaccinating residents and employees against COVID-19 in the second half of January. Dr. Andrea Arcangeli, head of the Vatican health service, said on Jan. 2 that the Vatican had purchased a low-temperature refrigerator to store the vaccine and planned to administer vaccinations in the atrium of the Paul VI Audience Hall.

“Priority will be given to health and public safety personnel, to the elderly and to personnel most frequently in contact with the public,” he said.

In a television interview broadcast on Sunday, Pope Francis said that he had booked an appointment to be vaccinated against the coronavirus.

“I believe that, ethically, everyone has to get the vaccine. It is an ethical option because it concerns your life but also that of others,” he commented.

Recalling the introduction of the polio vaccine and other common childhood immunizations, he said: “I don’t understand why some say this could be a dangerous vaccine. If doctors present it to you as something that can be fine and has no special dangers, why not take it?”

At his traditional Christmas “Urbi et Orbi” blessing, the pope called for COVID-19 vaccines to be made available to the world’s neediest people.

He said: “I ask everyone -- government leaders, businesses, international organizations -- to foster cooperation and not competition, and to seek a solution for everyone: vaccines for all, especially for the most vulnerable and needy of all regions of the planet.”

Last summer, Benedict XVI battled illness following the death of his older brother Georg Ratzinger. He suffered from facial shingles, a bacterial infection of the skin which causes a painful, red rash. Gänswein said in August that the condition was “subsiding.”

In December, the German archbishop denied reports that Benedict XVI had lost his voice, but said that his voice had become “very weak and thin.”