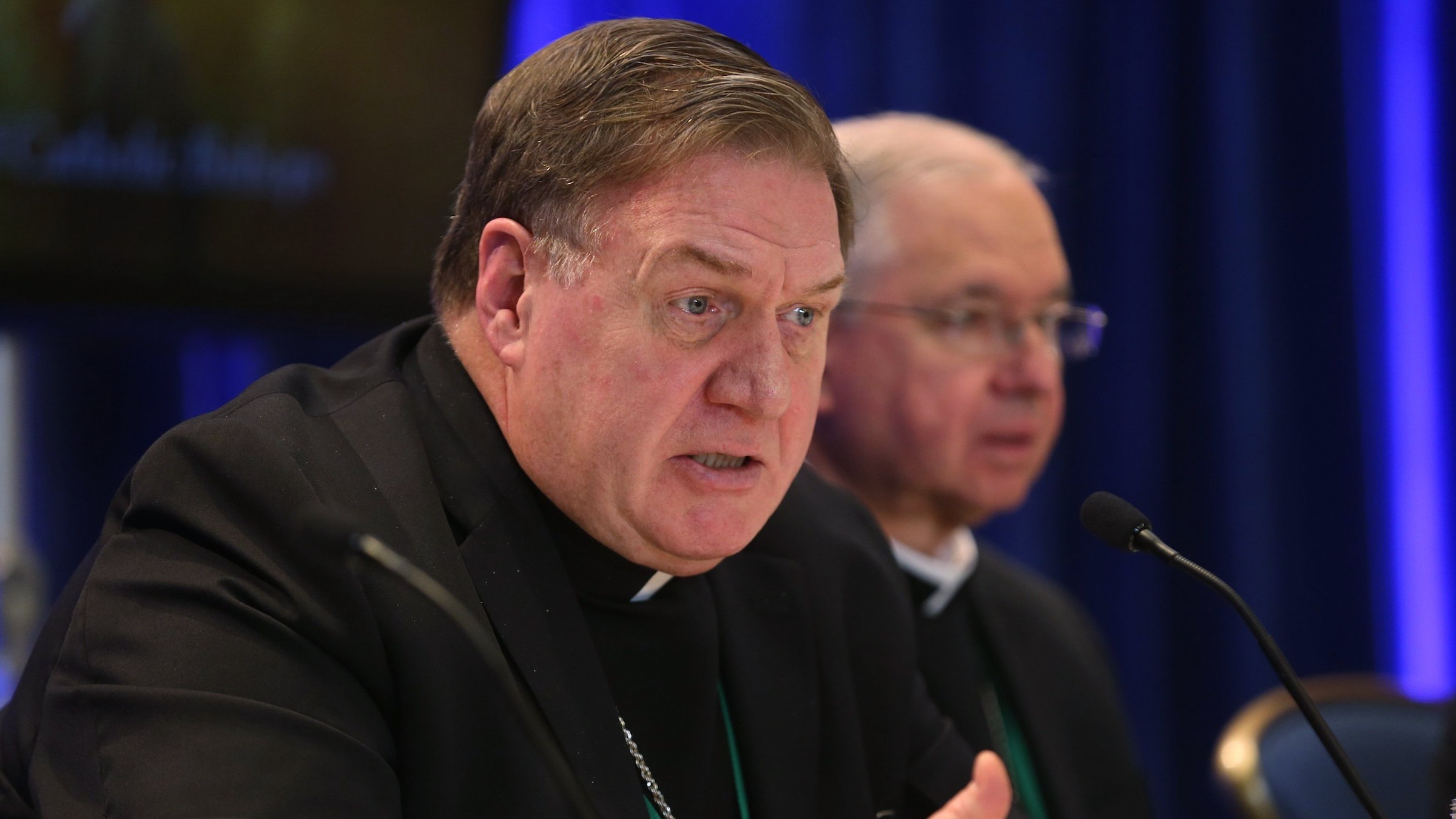 NEWARK, N.J. (CNS) -- Taxpayer-funded abortion "represents a failure to recognize the sanctity of human life and promotes a culture in which human life in its most vulnerable moment is perceived as disposable," said Cardinal Joseph W. Tobin of Newark.

A federal budget that "would eliminate" the long-standing bipartisan Hyde Amendment is a proposal that "targets poor women as needing an expedient solution to a complex problem," he said July 6.

Cardinal Tobin made the comments in a letter to the faithful of the Newark Archdiocese following moves by President Joe Biden and members of Congress to leave the Hyde Amendment out of spending bills.

"It is crucially important that we send a strong, clear message that the Hyde Amendment has far-reaching public support and should not be repealed," Cardinal Tobin said. "Members of Congress need to hear from as many of us as possible.”

He urged Catholics to go to www.NoTaxpayerAbortion.com and join him in signing this petition before July 16 to send "an urgent message" to Congress to keep the Hyde Amendment.

The cardinal also pointed Catholics to the "Action Alerts" on the issue posted by the New Jersey Catholic Conference at www.njcatholic.org/protecting-the-hyde-amendment.

"I am deeply concerned that the proposed federal budget would eliminate the Hyde Amendment, which, for 45 years, has prohibited the use of federal funds for abortion," he said. "The Hyde Amendment is credited with saving the lives of millions of children.

"Now, the powerful pro-abortion lobby and members of Congress are calling for the elimination of this amendment and the implementation of a policy that would designate billions of taxpayer dollars for elective abortions.”

Like Cardinal Tobin, Baltimore Archbishop William E. Lori called on the faithful in his archdiocese July 12 to sign the online petition calling on Congress to retain Hyde.

"During this critical time, let us join in prayer for the protection of the unborn,” Archbishop Lori said. "But let us also, as citizens and believers, raise our voices to protect the most defenseless of human beings, the unborn child. Let us stand together in promoting the sanctity of life.”

Hyde first became law in 1976 to prohibit federal funds appropriated through the Labor Department, the Health and Human Services Department and related agencies from being used to cover abortion or fund health plans that cover abortion except in cases of rape, incest or when the life of the woman would be endangered.

Hyde has been reenacted in spending bills every year since it was first passed.

In a July 7 letter to New York state's congressional delegation, a top Catholic official urged the lawmakers " to reject taxpayer funding of abortion, and to oppose appropriations bills that do not include the long-standing, bipartisan Hyde Amendment and related pro-life policies.”

“I urge you to partner with us in providing support, funding, and programs to assist pregnant women facing challenging situations, and to empower them to bear their children and raise their families with dignity," wrote Dennis Poust, executive director of the New York State Catholic Conference,. "Again, I implore you to oppose any appropriations bill that expands taxpayer funding of abortion.”

Poust wrote the letter on behalf of New York Cardinal Timothy M. Dolan and the rest of the state's Catholic bishops. The conference is the public policy arm of the bishops.

"Whatever one's position on the morality or legality of abortion, we all know it (abortion) is unique," he wrote. "Indeed, the high court has said: 'Abortion is inherently different from other medical procedures, because no other procedure involves the purposeful termination of a potential life.'”

"When the federal government subsidizes certain conduct, it encourages the behavior," he said. "Through the allocation of their tax dollars, Americans should not be compelled to finance nor encourage the practice of abortion.”

On May 28, Biden unveiled his proposed budget of $6 trillion for fiscal year 2022 and did not include the Hyde Amendment. His proposal would include spending to improve and modernize the nation's infrastructure, provide free pre-K and community college, and increase domestic programs aimed at boosting public health and helping the poor.

Biden, a Catholic, who for his years in the Senate strongly supported Hyde, now backs back repeal of the amendment as does Vice President Kamala Harris.

"Pope Francis has said, 'It is troubling to see how simple and convenient it has become for some to deny the existence of a human life as a solution to problems that can and must be solved for both the mother and her unborn child,'" Cardinal Tobin said. "(The pope) notes that abortion 'is not a primarily religious issue but one of human ethics.’”

When Biden released his proposed budget without the Hyde Amendment, Archbishop Joseph F. Naumann of Kansas City, Kansas, chairman of the U.S. bishops' Committee on Pro-Life Activities, and Mercy Sister Mary Haddad, CHA's president and CEO, issued separate statements praising his proposal for a number of provisions to help vulnerable Americans but called it remiss in leaving out Hyde, which protects the most vulnerable -- the unborn.

In recent weeks, 22 attorneys general signed a joint letter to House and Senate leaders asking them to retain the Hyde Amendment in any budget measure that passes. House GOP leaders have urged Congress to make Hyde permanent.

In the meantime, the House Committee on Appropriations was prepared to mark up two appropriations bills without Hyde-related provisions: the Financial Services and General Government bill, which funds the Treasury Department, the Judiciary, the Executive Office of the President and other federal agencies, including the Small Business Administration; and the State and Foreign Operations bill, which funds the State Department, the U.S. Agency for International Development, and other international programs and activities.

"One thing that has been consistently true about abortion policy is that people, whether self-described as pro-life or pro-choice, do not want to pay for abortion across the board," said Kristan Hawkins, president of Students for Life of America and Students for Life Action.

"Yet President Biden and his party have prioritized the deliberate ending of preborn life like no other administration in history," she added in a July 8 statement. "Maybe he should refresh his memory on his past position (supporting Hyde).”