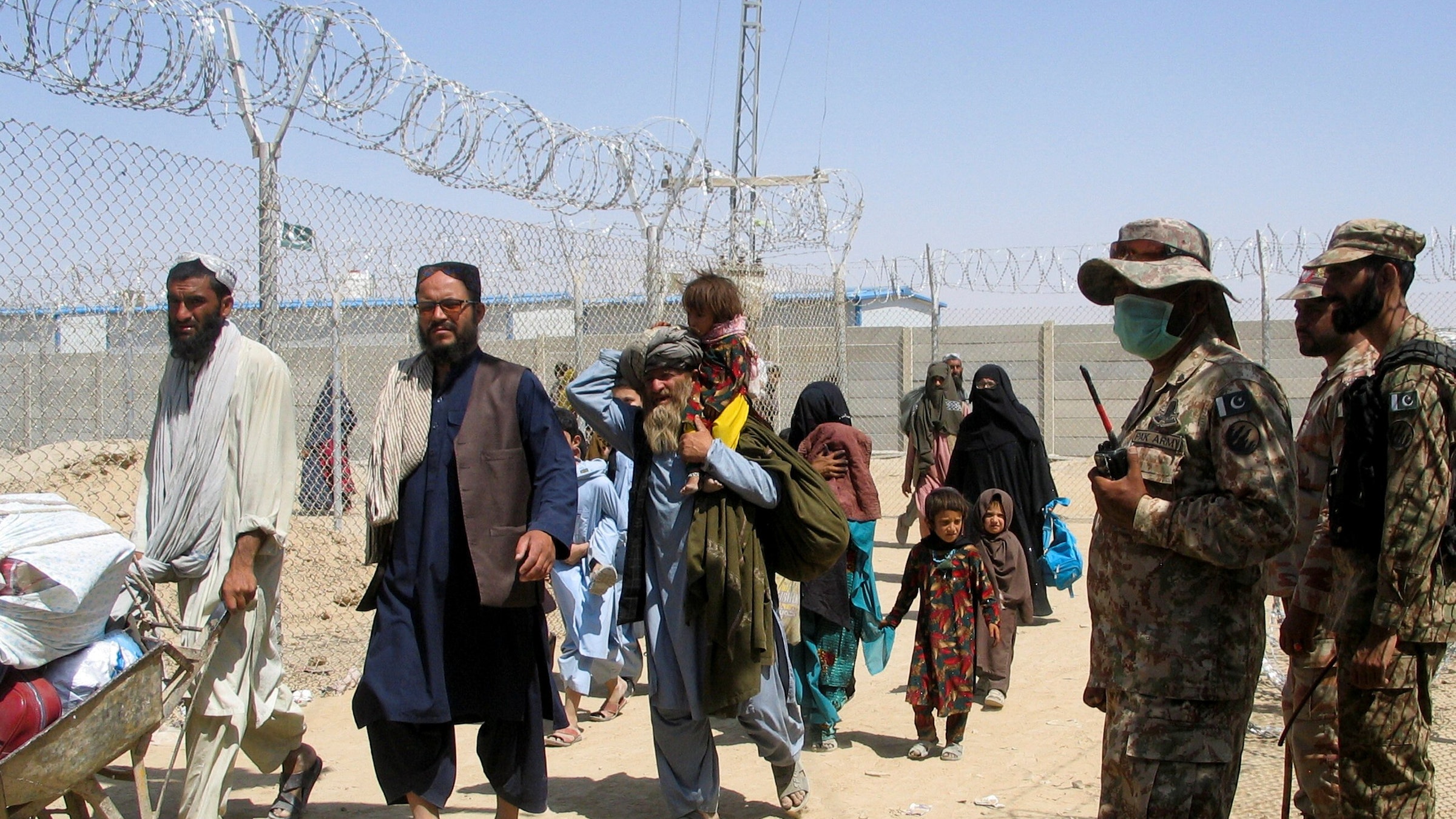 Thousands of Afghans have entered Pakistan via the Chaman border crossing, one of the most active trade and travel routes between the countries, according to media reports.

However, Interior Minister Sheikh Rashid Ahmad claimed Aug. 18 there were no refugees entering the country, nor has Pakistan made preparation for Afghans seeking refuge.

Caritas Pakistan staffers in Quetta and Islamabad-Rawalpindi "have positioned themselves so that we can respond to the emerging humanitarian crisis," he told ucanews.com.

"Pashto-speaking staff may be engaged in both field offices. Refugee crises are often protracted and require strategies that reflect both short-term needs -- water, first aid, immunization -- and mid- to long-term challenges such as mental health, trauma, chronic diseases and education. Staff have been alerted to avoid any controversial social media posts about the Taliban," Gulzar said.

Caritas Pakistan has had a meeting with the Afghan Refugees Commissioner Office in Peshawar to pledge its cooperation.

"Pakistan has a moral obligation to open its borders to our neighbors in need and to ensure the rights of refugees as per its international law obligations. We must agitate to reform our policies toward existing and new refugees," it stated.

Pakistan is not a party to the 1951 Geneva Convention, nor the 1967 Protocol Relating to the Status of Refugees. However, Caritas Pakistan worked with Afghan refugees in the '70s, '90s and early 21st century.

According to the U.N. refugee agency, UNHCR, 1.4 million Afghan refugees still live in Pakistan, with more than 300,000 in the southern sea port of Karachi. Khyber Pakhtunkhwa province in the north has 43 refugee camps for Afghans.