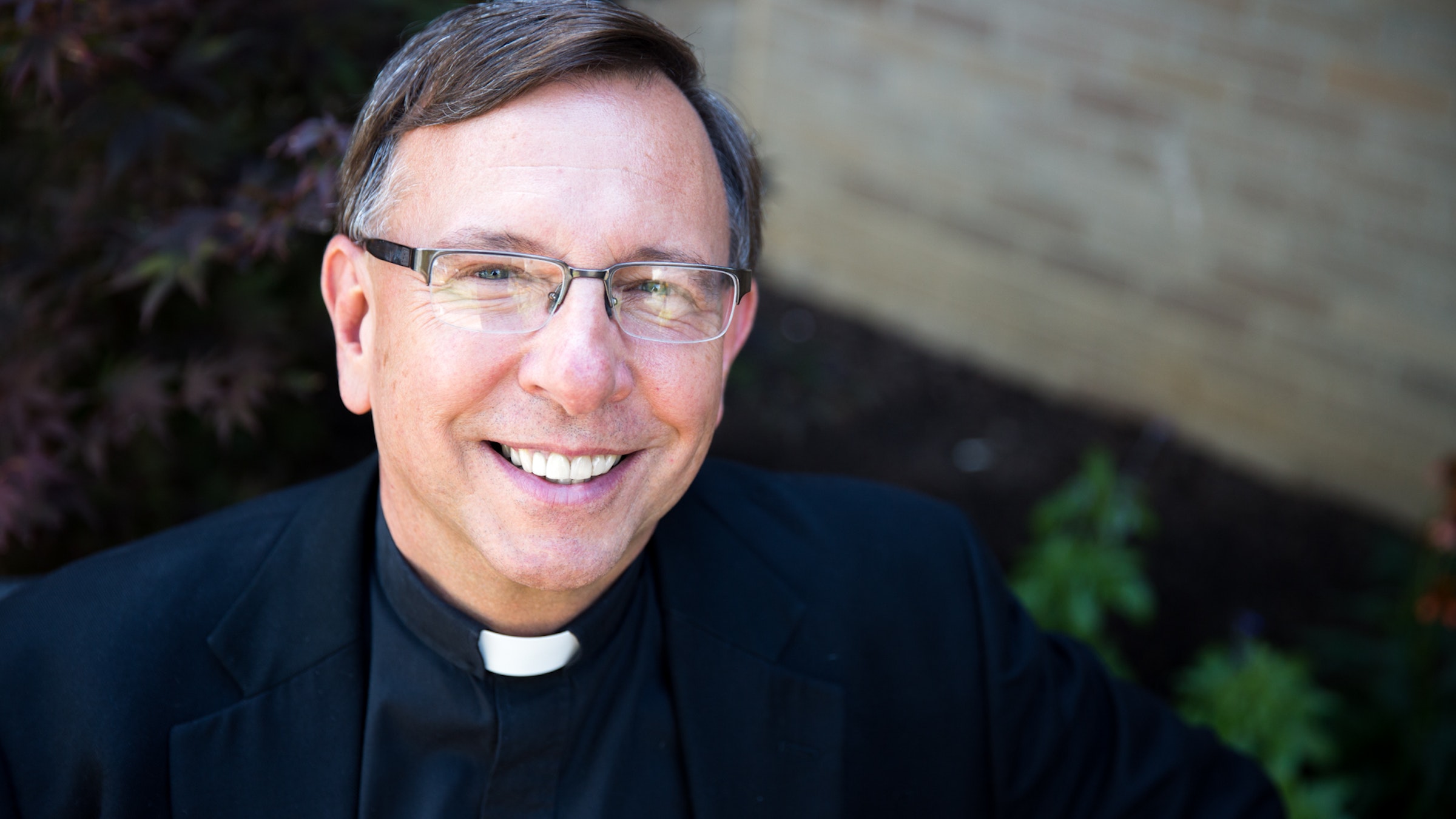 On April 3, Catholic Charities of Southeast Michigan will honor six individuals and organizations for their support of the nonprofit’s numerous programs and services over the past year, including Fr. Brian Chabala, pastor of St. Irenaeus Parish in Rochester Hills. This year’s Annual Celebration, the agency’s biggest fundraiser of the year, will place a special emphasis on Catholic Charities’ adoption and foster care services. (Courtesy photo)

DETROIT — Six individuals and organizations will be honored next month at Catholic Charities of Southeast Michigan's Annual Celebration, which also serves as the largest fundraiser of the year for the agency serving the Archdiocese of Detroit.

The event helps fund 14 offices serving more than 20,000 people annually across six counties of southeast Michigan. It’s also an opportunity to celebrate the impact the nonprofit has made and to honor those who have supported its mission, according to Adam Perry, Catholic Charities’ development manager.

This year’s celebration is shining a spotlight on the child welfare services Catholic Charities has provided for 66 years, which include a full spectrum of adoption and foster care services for birth families, foster children, foster families and prospective adoptive families.

The agency is a valuable resource for parents like Heather Johnson, who has fostered seven children in the past four and a half years and finalized the adoption of her 2-year-old son, Isaiah, last year.

Johnson, 38, says she felt called to care for children in need because of her own experiences in and out of foster care as a child. “I always knew that I wanted to be a foster parent, because I had really great foster parents growing up,” she says.

She completed her licensing with Catholic Charities and says she knew the agency was a good fit from the beginning. “They were very upfront, very honest,” she said. “It felt like home, in a way. Any question that I had, they were more than happy to answer, and if they didn’t know the answer, they were able to find out the answer.”

While the primary goal of foster care is reunification, Johnson is licensed as “foster to adopt” and says she was open to adoption if the circumstances were right.

Isaiah was placed with her just days after his birth. She has had the joy of seeing all of Isaiah’s milestones as he grew, but it wasn’t until he was around 18 months old that she learned she would be able to move forward with the adoption process.

Johnson says it was hard caring for a child who had no legal name for two years. “He was Baby Boy,” she says. “He didn’t officially get a name until he was adopted, the day after his second birthday.”

That day was “one of the most special days that I can remember,” Johnson said.

Even though it’s hard when a child moves on from her home, Johnson says it’s rewarding knowing she was able to make every opportunity available to that child and to provide him or her with love, guidance, nurturing and a safe place.

She wants others to know there is a strong need for foster parents for children of all ages. “One person can make a difference,” Johnson said.

In 2018, there were 437,283 children in foster care in the United States. There are 13,000 children in Michigan’s foster care system, and Catholic Charities’ child welfare programs have served 219 children and teens in the past two years. Last year, 83 children found foster homes and five families were reunified thanks to Catholic Charities’ services. The agency has also seen 50 adoptions finalized in the past three years.

Perry said the agency hopes to raise $200,000 to $250,000 with its Annual Celebration, which includes silent and live auctions, dinner, music and dancing.

The program includes the presentation of six awards to individuals and institutions that have supported Catholic Charities, including:

The “Time, Talent and Treasure Awards” to four Catholic parishes, including:

An award for Outstanding Catholic School is also to be presented to:

Catholic Charities of Southeast Michigan’s Annual Celebration is April 3, 6-11 p.m. at Petruzzello’s in Troy. For more information or to purchase tickets or sponsorships, visit https://ccsem.cbo.io or contact Adam Perry at [email protected] or 586-416-2300 Ext. 3621.