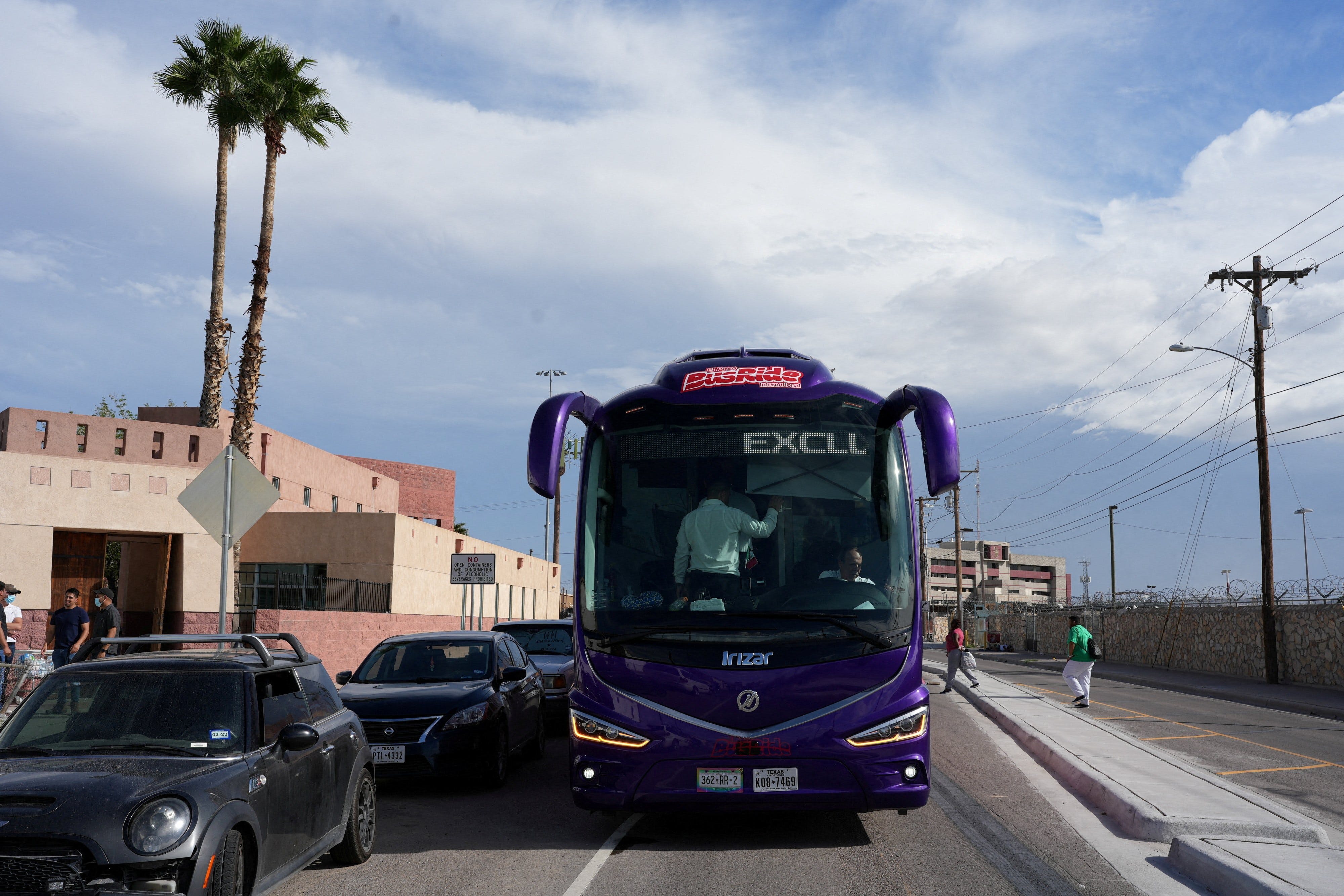 CHICAGO (CNS) ─ When busloads of migrants sent from Texas arrived outside Chicago's Union Station, a consortium of public and nonprofit service providers swung into action.

The groups had been advised that Texas Gov. Greg Abbott would send people to Chicago, but they received no official notice of when people would arrive, how many were coming or what special needs they might have, said Marie Jochum, senior director of special projects for Catholic Charities of the Archdiocese of Chicago.

Catholic Charities is among the groups providing assistance to the migrants, who include asylum-seekers.

"I think we knew the night before that they were coming," Jochum said, adding that the information came through unofficial channels.

The first group arrived the evening of Aug. 31, and by Sept. 11, more busloads had arrived. Another round of migrants arrived Sept. 20, bringing the number to about 800 in recent weeks.

Abbott also has sent about 8,100 migrants to Washington and over 2,600 to New York City. He began busing migrants to these sanctuary cities in April.

In Chicago, the migrants were being housed not only in the city's shelters but also -- especially the families with young children -- in suburban hotels.

Passengers from the first buses came from Venezuela, and included families with young children and babies and single men. As more buses came, migrants from Cuba and Nicaragua also arrived, along with more from Venezuela.

About 6 million Venezuelans are refugees and migrants around the world, according to the U.N. organization for refugees.

Chicago city officials, leaders of nonprofit organizations and religious leaders pledged to help the migrants, all of whom went through intake at the border and can remain in the United States while their cases are processed.

But they protested Abbott's actions, which he said in a statement are necessary because the administration led by President Joe Biden, a Democrat, is not doing enough to stem the flow of migrants, and border towns are "overrun." Abbott is a Republican.

"Treating children of God as political pawns is unbecoming of any elected official, especially when it involves marginalized, suffering people," Chicago Cardinal Blase J. Cupich said in a Sept. 2 statement.

"The Archdiocese of Chicago stands with local municipal and religious leaders who have pledged to support these new arrivals seeking better, safer lives," he said.

Once the first buses arrived, the migrants were shuttled to a shelter where they could get a hot meal and shower and sleep for the night, and the next day they were brought to an intake center where they received health screenings and help figuring out their next steps.

Some of them have relatives or friends in Chicago, and they received help contacting them, Jochum said, while others were trying to meet family members in other cities. Most of them just want to start their new lives, she said.

The migrants who came to Chicago were grateful for the help they received, Jochum told Chicago Catholic, newspaper of the Archdiocese of Chicago. "So many of them said this was the most welcome they got in any city from when they left Venezuela."

She spoke to one woman who walked from Venezuela through the countries of Central America and Mexico with her husband and 17-month-old daughter, and she is pregnant and expecting to give birth in a matter of weeks.

Most of the people have been traveling for well over a month, and, until they reached the U.S. border, mostly on foot.

That was the case for two brothers that Father Wayne Watts spoke to when he visited the intake center Sept. 6.

Father Watts, pastor of Sts. Joseph and Francis Xavier Parish in Wilmette, Illinois, and associate administrator of Catholic Charities, said the young men -- "kids," he called them -- did not know how long they walked from Venezuela to the U.S. border. They were hoping to connect with a family acquaintance in the Chicago suburbs.

"They were very, very grateful for the welcome," he said.

Other migrants arriving in Chicago have been sent by Mayor Oscar Leeser of El Paso, Texas, a Democrat. To date, the city has sent about 150 migrants to Chicago and over 2,500 migrants to New York City.

Interviewed Sept. 18 on ABC's "This Week," Leeser said over 1,000 migrants are coming into El Paso every day.

Jochum said that Catholic Charities and the other organizations that are involved in helping these migrants -- including the Salvation Army, the National Immigration Justice Center, the Resurrection Project, the Illinois Coalition for Immigrant and Refugee Rights, among others, and various government agencies -- have a lot of experience providing this kind of help.

Catholic Charities, which is providing case management services for individuals and families, has a long-standing refugee resettlement program, working with people who come to the U.S. with refugee status, she said.

Those refugees have more resources from the federal government when they arrive, but they have similar needs.

The agency also has been fielding more requests from asylum-seekers who come on their own to seek emergency assistance, she said. It also has reached out to sister Catholic Charities agencies in New York and Washington to learn from their experiences with busloads of migrants arriving from Texas.

"The important thing here is that the dignity of these people needs to be elevated," she said. "They are not helpless, and they are not pawns in a game. This is an opportunity to welcome our brothers and sisters."

Martin is a staff writer at Chicago Catholic, newspaper of the Archdiocese of Chicago.