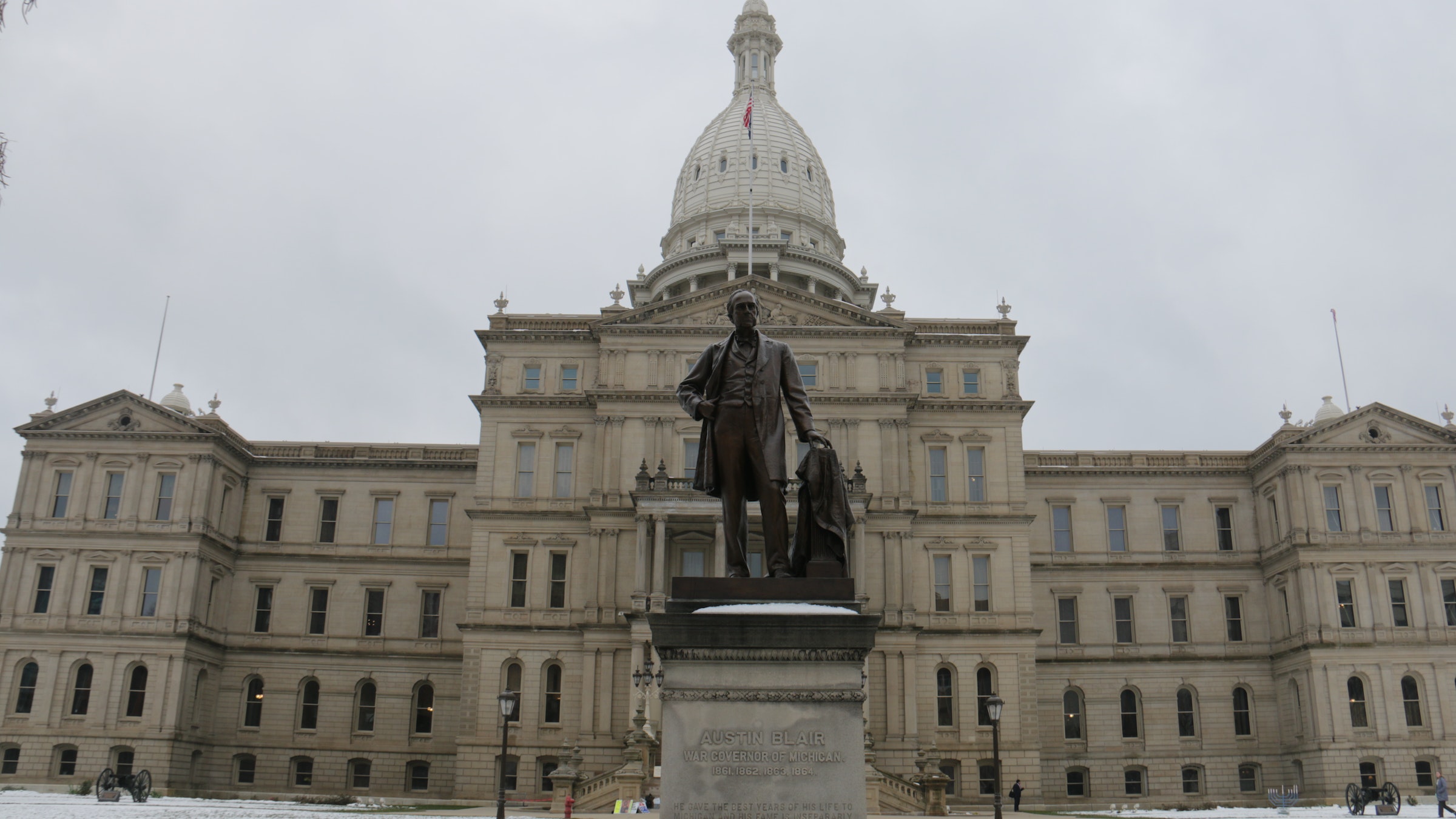 Michigan Gov. Gretchen Whitmer filed a lawsuit Thursday to overturn a Michigan’s 1931 law that criminalizes abortion. The Michigan Catholic Conference and Michigan Right to Life have released statements against the move, calling on the court to dismiss the suit. (Photo by Daniel Meloy | Detroit Catholic)

The law was superseded following the 1973 Roe v. Wade U.S. Supreme Court decision, but the federal court is due to release an opinion that would potentially overrule Roe v. Wade, at least in part.

"In the coming weeks, we will learn if the US Supreme Court decides to overturn Roe v. Wade," Governor Whitmer said. "If Roe is overturned, abortion could become illegal in Michigan in nearly any circumstance—including in cases of rape and incest— and deprive Michigan women of the ability to make critical health care decisions for themselves. This is no longer theoretical: it is reality. That's why I am filing a lawsuit and using my executive authority to urge the Michigan Supreme Court to immediately resolve whether Michigan's state constitution protects the right to abortion."

The governor is asking the court to declare that the state constitution protects abortion under the equal protection and due process clauses.

The Michigan Catholic Conference and Right to Life Michigan have released statements in response to Governor Whitmer's lawsuit – condemning her actions and upholding the Catholic Church's teachings on the sanctity of life from conception.

"The right to life for unborn children and its inherent value given by our Creator cannot be reduced to a legal opinion or legislative vote," Rebecca Mastee, policy advocate for the Michigan Catholic Conference, said in a statement. "While the legality of abortion is contingent upon democratic structures, it is unfortunate that the judicial branch is being used to try to invalidate a longstanding policy approved by elected representatives and left untouched by the Legislature for nearly a century since."

Mastee pointed to the 1972 referendum where the people of Michigan voted on a statewide ballot to oppose abortion; the law was subsequently upheld in the Michigan Supreme Court in 1973 in People v. Bricker.

"Our hope is that a greater respect for the distinct and separate branches of state government returns to the political sphere, and we pray for a deeper appreciation for the life and protection of unborn children in the hearts and minds of the citizens and elected officials of the state," Mastee added.

Right to Life of Michigan President Barbara Listing said that the lawsuit is "frivolous" and should be immediately dismissed by the Michigan Supreme Court.

"Governor Whitmer is ignoring the voices of Michiganders by bypassing all lower courts and court precedent just as the US Supreme Court did when they decided on Roe v. Wade," Listings said in a written statement.

In addition to bringing up the legal precedent set by People v. Bricker, Listing alluded to the Michigan Supreme Court's refusal in 1997 to hear an appeal on another case, Mahaffey v. Attorney General, which affirmed "the opinion issued by the Court of Appeals that there is no right to abortion found in the Michigan Constitution."

"This lawsuit (is) very telling of the progress of the pro-abortion petition and makes us question their status in collecting signatures," Listing said. "Why is the governor going over the heads of her allies? Governor Whitmer is contradicting herself by asking the Supreme Court to find a right to abortion while supporting a petition that is seeking to create a right to abortion.

"Right to Life of Michigan believes that the Michigan Supreme Court has the obligation to deny this request as it is deceitful and dishonest. We will do everything we can to fight this lawsuit."