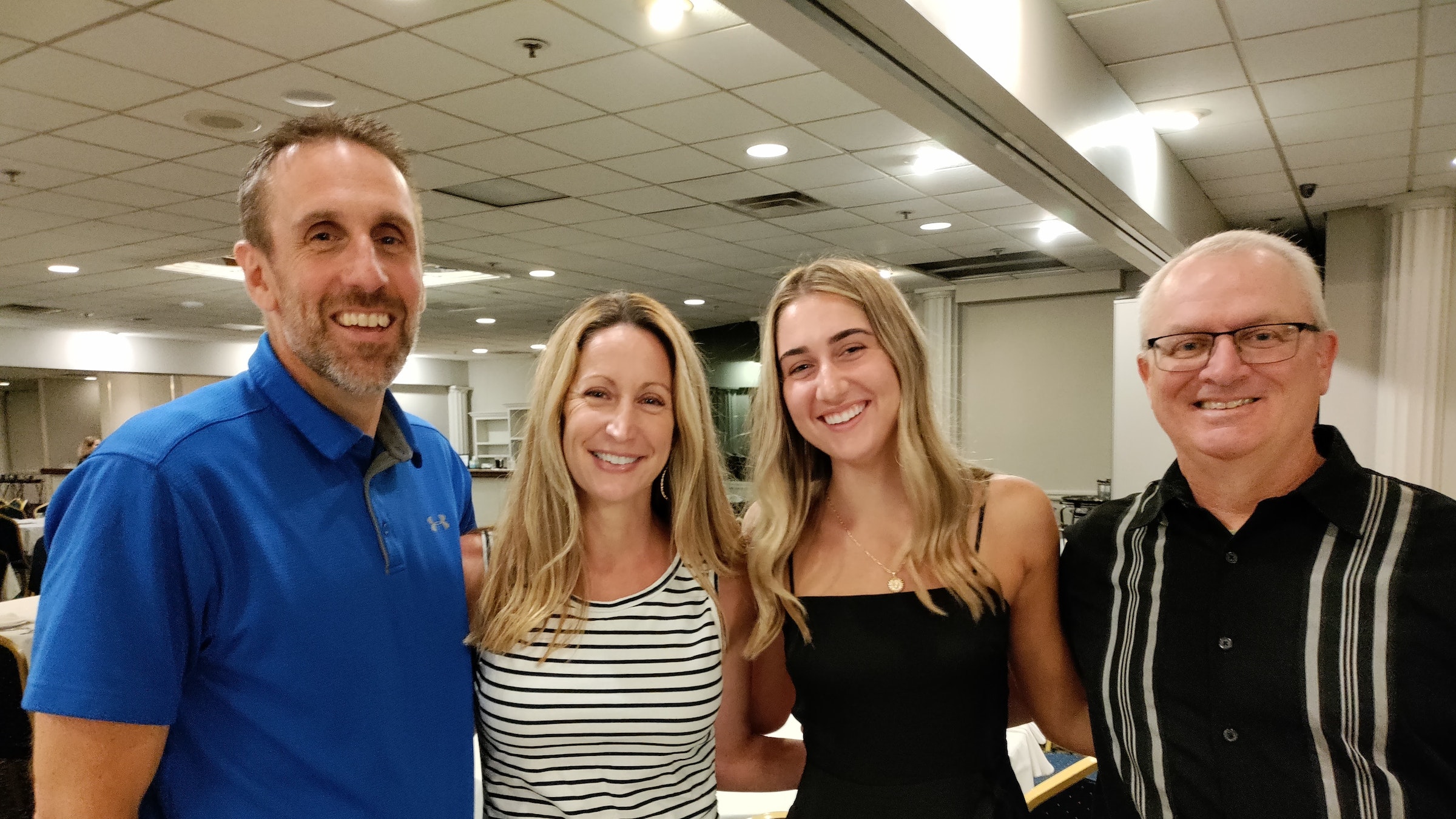 It’s all smiles for Grace Zdankiewicz of Warren Regina for her selection as the Cross Country Scholar-Athlete of the Year at the CHSL annual awards banquet. Sharing her joy are her father Steve, mother Ann, and coach Greg Golden, who is in his 25th year as track and cross country coach at Regina. Grace will continue her running and education this fall at Xavier University. (Don Horkey | Special to Detroit Catholic).

CLINTON TOWNHIP — The Catholic High School League is about more than athletics.

This was on display June 6 during the league’s annual “Scholar-Athletes of the Year” banquet at the Fern Hill Country Club.

Some 16 girls and 14 boys were cited as scholar-athletes of the year in their respective sports from a pool of 228 nominations submitted by the students’ principals based on their academic achievements, leadership qualities, community service activities and athletic honors.

The final selections were made by an 18-member committee composed of nine members of the CHSL executive board and nine principals.

“These are the best students from the best schools in the best league in the state of Michigan,” CHSL director Vic Michaels declared.

Michaels went on to thank parents for making sacrifices to send their sons and daughters to private schools.

Scholar-Athletes of the Year (Girls)

Scholar-Athletes of the Year (Boys)