Church’s ministry to those with same-sex attraction rooted in Christ’s love, archbishop says 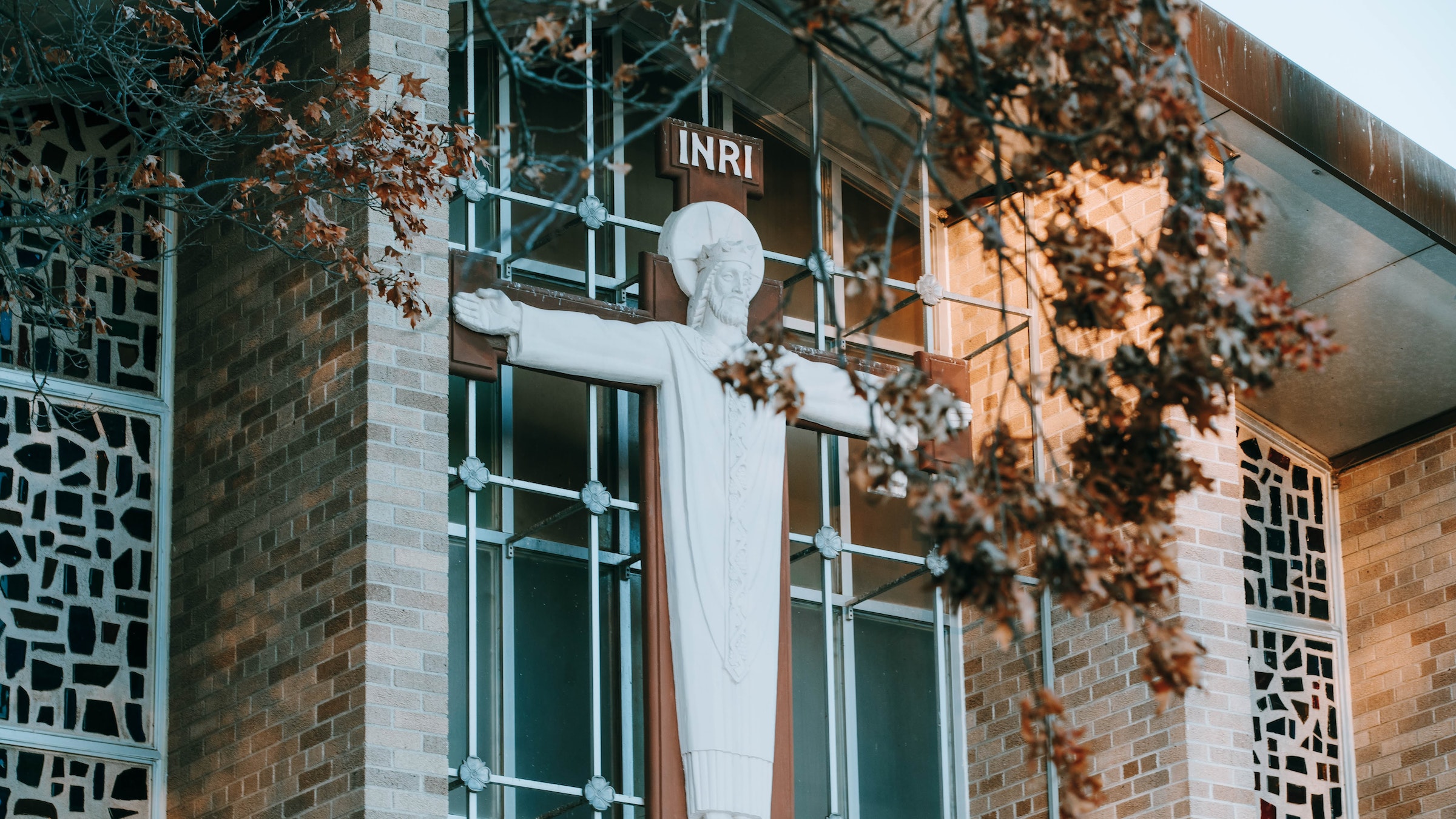 A crucifix is seen at the Monastery of the Blessed Sacrament in Farmington. In a new pastoral note, Archbishop Allen H. Vigneron says the Church must do more to reach out to those who experience same-sex attraction with Christ-like love, emphasizing the beauty of the Church's teaching on chastity while offering resources and spiritual guidance. (Joe Pelletier | Detroit Catholic)

Pastoral note emphasizes beauty of Church’s teaching on chastity, will aid in renewal of ministry to those with same-sex attraction

DETROIT — In an age when the Gospel often is clouded with contemporary attitudes and practices antithetical to Christ’s love, Christians today have a God-given mission to share the good news with everyone, including those who experience same-sex attraction, Archbishop Allen H. Vigneron said in a new pastoral note.

Released Aug. 1, the archbishop’s note, titled “Imitating Christ’s Charity and Chastity,” is the fifth in a series of teaching documents on topics relevant to modern culture, affirming and expanding upon the themes in his 2017 pastoral letter, Unleash the Gospel. Previous notes have examined racism, Humanae Vitae, Christian burial and the Lord’s Day.

The newest note was created to aid in the renewal of archdiocesan ministry to members of the faithful who experience same-sex attraction, as called for in Unleash the Gospel.

“Unleash the Gospel calls us to take stock of what we are doing to serve our sisters and brothers with same-sex attraction, and to ensure that our future ministry is optimally suited to providing real help and care,” Archbishop Vigneron wrote.

It begins with a Christ-like love, according to the archbishop. Because Christ died and rose for his Church out of love, Catholics have a duty to respond in love to those with same-sex attraction, Archbishop Vigneron wrote, “to proclaim to them Christ crucified and risen, and to receive from them the Good News of God’s saving action in their lives.”

The local Church supports apostolates such as Courage, which helps those with same-sex attraction to live chaste lives through prayer and community, and EnCourage, a partner ministry that offers spiritual support for parents, children and friends, the archbishop said.

Archbishop Vigneron pledged a thorough “review and evaluation” of the Archdiocese of Detroit’s ministry to those with same-sex attraction, to determine how else the archdiocese can offer pastoral care in the local Church that is in full harmony with the truth of the Gospel, and that is animated by the love of Christ.

Archbishop Vigneron’s note affirms age-old Church teaching and echoes the U.S. bishops in their 2006 document, “Ministry to Persons with a Homosexual Inclination: Guidelines for Pastoral Care,” which insists upon the human dignity of those who experience same-sex attraction, while at the same time proclaiming the beauty of God’s plan for human sexuality within the complementarity of man and woman in the sacrament of marriage.

Church teaching on sexuality is drawn from Scripture, Tradition and natural law, with Christ’s self-sacrificial love as its center — but that reality has been drowned out by today’s culture, Archbishop Vigneron wrote.

“At a time when many have been conditioned to think about the Catholic Church in terms of what she stands against, we must insist upon the truth that the Gospel is first and fundamentally about God’s ‘yes’ to loving and saving us, and about our call to say ‘yes’ to him in return,” Archbishop Vigneron wrote.

Catholic teaching on sexuality and same-sex attraction, which fundamentally calls everyone — no matter their state in life — to live chastely in accordance with God’s revealed plan for sexuality, often is “reviled and denounced as being merely a form of condemnation,” the archbishop wrote.

“But it is truly good news,” he wrote. “It brings true freedom, healing, peace and joy, even in this life, and it brings the perfect fulfillment of these blessings in the eternal life to come.”

People who experience same-sex attraction have a right to know Christ’s “unfathomable, unsurpassable and invincible love for them,” which means the Church has a duty to proclaim that love clearly, the archbishop said.

“By saying ‘yes’ to Christ’s love and the call to live in his love, those with same-sex attraction in turn give witness to the goodness of God by the fidelity of their lives and by their spoken proclamation,” Archbishop Vigneron wrote.

Echoing the themes of his previous teaching directed toward single individuals and married couples, Archbishop Vigneron said it’s essential to recognize that sex is a “powerful” and life-giving gift from God.

“Used in keeping with God’s plan, sex brings forth a new generation of the human family, and also draws husbands and wives into closer unity within the bond of marriage,” the archbishop said. “When people abuse this gift of God, using it merely for pleasure or for any other purpose apart from God’s plan, the destruction of life follows. This is always true of one’s life of grace, but is often true of his or her physical life, as well.”

Because of how entrenched public opinion has become in opposition to the Church’s teaching, Archbishop Vigneron said Catholics must turn to a “supernatural” solution to turn the enormous tide of the sexual revolution, which fostered widespread acceptance of abortion, contraception, pre-marital sex, cohabitation, pornography and homosexual behavior.

“We need the power of Christ to bring repentance, conversion and healing to a world in which sin has been given such free reign,” the archbishop wrote.

Archbishop Vigneron concluded his note by asking Catholics to pray for those who minister to, experience or even reject the Church’s teaching on same-sex attraction.

“Pray for me and all those who strive to share the love of Christ and the saving truth of the Gospel with these sisters and brothers of ours,” the archbishop wrote, “that we might be faithful in showing that a life of charity and chastity is truly the best life, the only life worth living.”