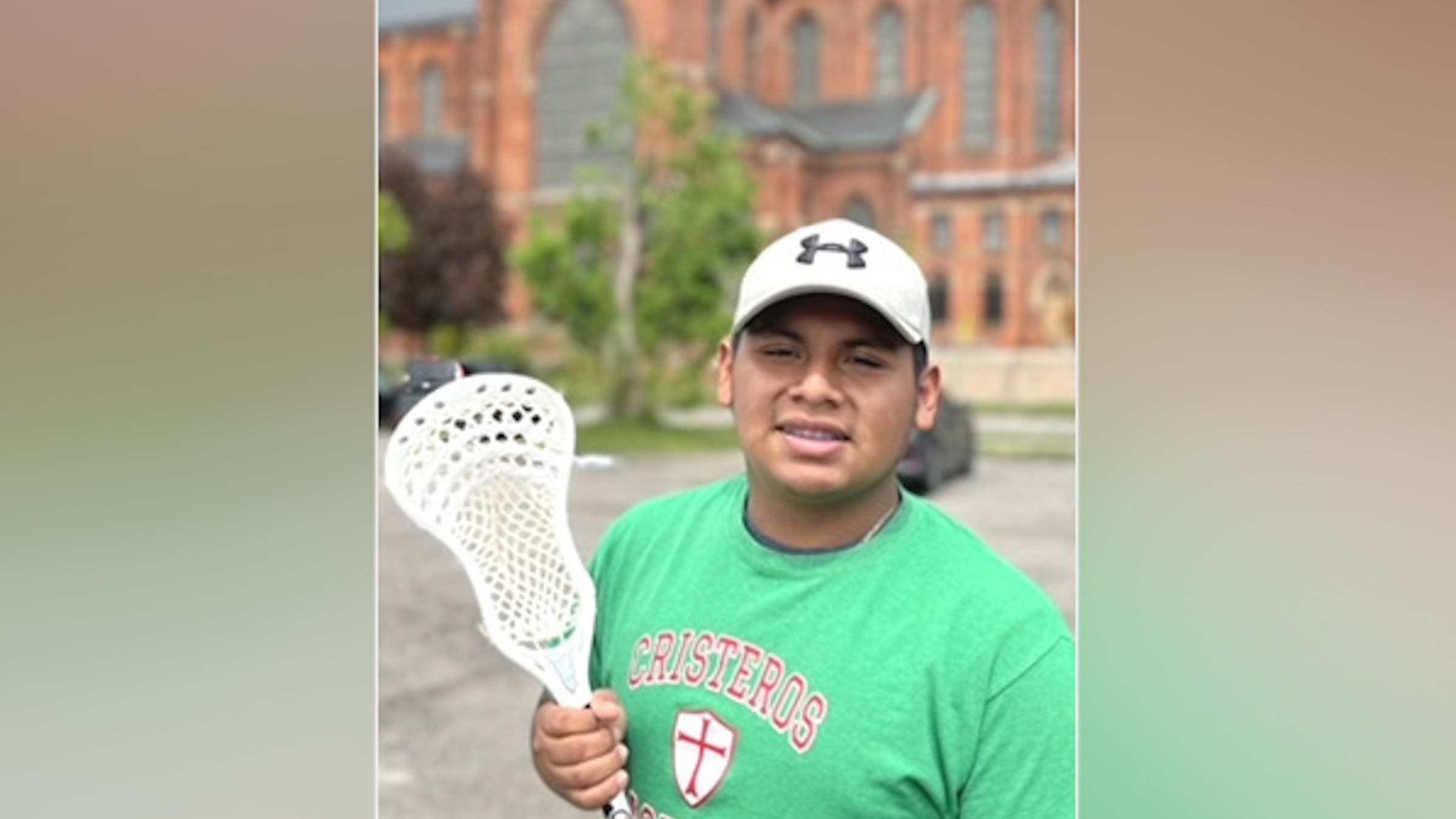 Jose Bartolon-Ramirez will be the first in his family to graduate from high school, Detroit Cristo Rey, and go to college, at Valparaiso University. (Courtesy of Basilica of Ste. Anne Parish)

DETROIT — Looking back on his life, a mere 18 years, Jose Bartolon-Ramirez says it’s been a journey on “a crazy road. A lot of obstacles.”

Soft-spoken, quick to smile, Jose projects calmness and composure, a façade that belies a fierce competitive spirit, a dogged determination that has helped him be the first in his family to graduate from high school, Detroit Cristo Rey, and go to college, Valparaiso University.

Three years after he was born in 2003 in Danville, Kentucky, the family — his father a native of Mexico, his mother of Guatemala — moved to southwest Detroit. Jose graduated from Cesar Chavez charter school and Cristo Rey two months ago. His older brother and sister both live in Mexico. His two younger brothers are with the family here. One brother, Jonathan, will transfer this fall for his sophomore year from Cass Tech to Cristo Rey.

Under the guidelines of Cristo Rey’s Corporate Work Study Program, Jose worked for three years at Trane Technologies, a manufacturer of heating, ventilating and air conditioning systems, and his senior year at Community Financial Credit Union in Plymouth.

Admittedly “not that interested” in academics, he said working summers alongside his father in construction sparked a realization of the importance of education. “My father is 42, and the job was killing him,” he said. “I got serious about my studies, earning A’s and B’s.”

He set a goal for himself: “Graduate, start a job, and help the family first of all, then give back to the community, to a lot of people who have helped me.”

Jose played a variety of sports in elementary school and cross country at Cristo Rey. His mother told him about Cristeros, a lacrosse club founded by Fr. Ryan Adams, a priest of the Basilica of Ste. Anne in Detroit, and Jake Padilla, who until recently was the lacrosse coach at the University of Detroit Mercy. They practiced outside at Ste. Anne in the summer and in the Peter and Connie Cracchiolo Community Center at Most Holy Trinity Catholic Academy during the school year.

“At first I didn’t want to go,” Jose said. “I never heard of lacrosse. I gave it a try when my friends were going to play. At the beginning it was very difficult. But, the coach, he was amazing. He even brought the U of D Mercy team over and taught us. I loved it because it was competitive like football when I was younger. It was very physical moving all the time. I was excited to be on a team.”

Jose excelled enough at lacrosse to attract offers from Eastern Michigan University, Lawrence Tech, Siena Heights and Detroit Mercy. With the help from coach Padilla and the staff at Cristo Rey, he figured out that he could get enough money in scholarships to cover his tuition.

“One day,” Jose said, “Jake asked if anyone was interested in attending Valparaiso University. I told him I would. He said, ‘I’ll give you a call if something comes up.’ Not even five minutes he calls me, ‘What major do you want?’ I told him mechanical engineering.”

Within a week, Jose was formally accepted. He attended an orientation session in mid-June. “I fell in love with the campus,” he said.

It’s located in northwest Indiana about an hour from Chicago. Lacrosse is a club sport at Valparaiso now, but Jose said Jake is hoping to develop it into a Division 1 program in a couple of years.

“Jose’s story is a testament to how well he has been served by multiple Catholic institutions,” said Colleen Moore, director of communications at Ste. Anne.