Detroit parishioners pray for end to violence on city’s streets 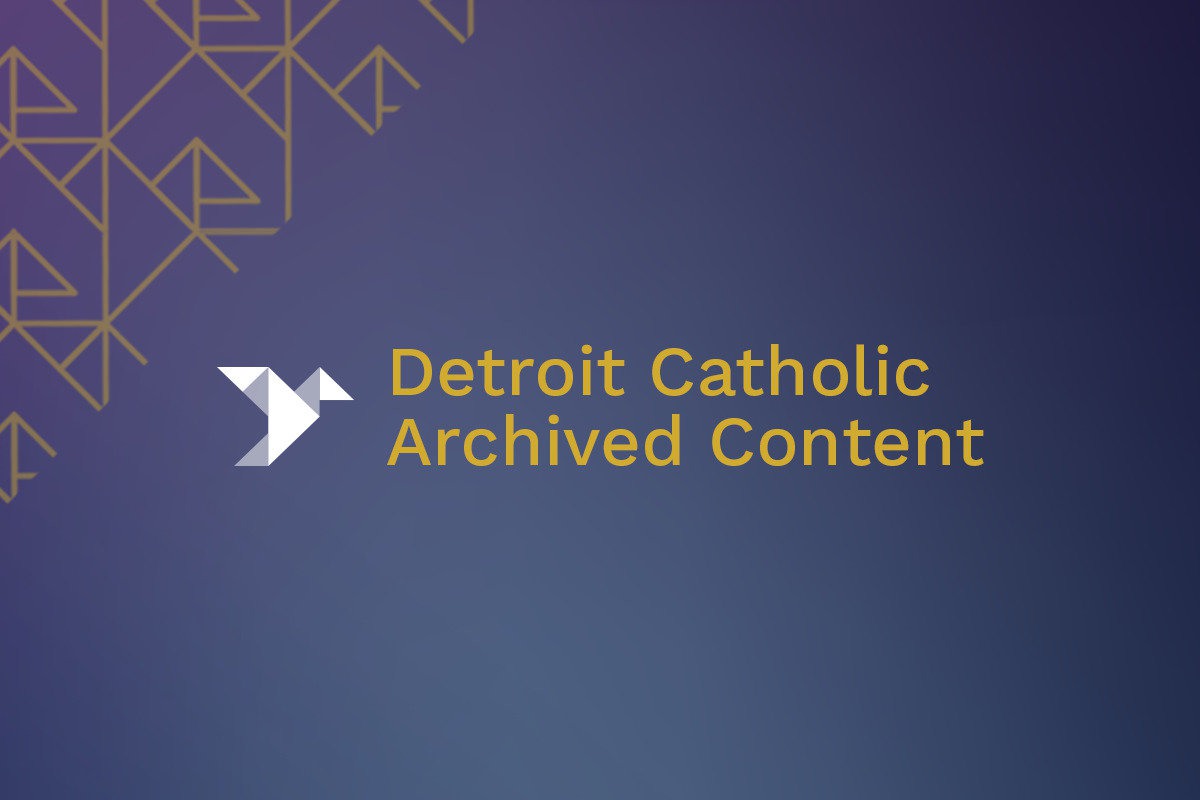 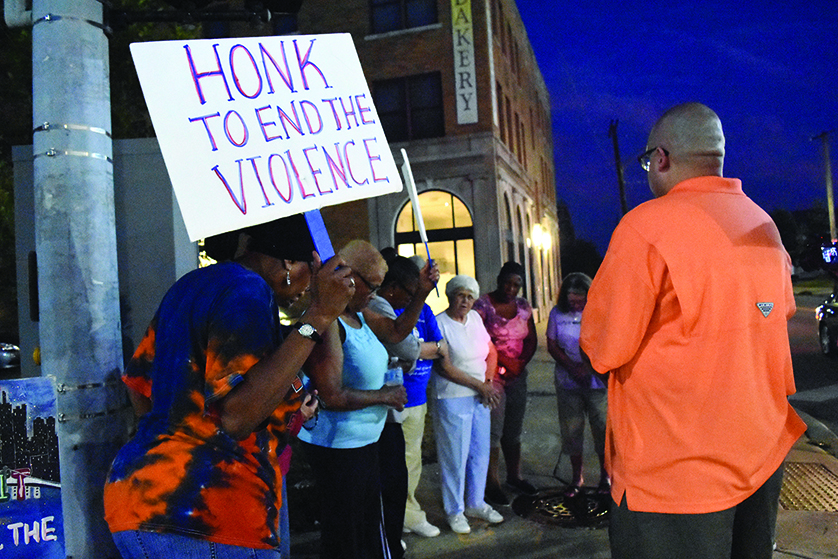 Parishioners from several Detroit parishes gather on the corner of Gratiot and McClellan avenues on Detroit’s east side Aug. 25 to pray for peace, an effort organized by the Archdiocese of Detroit’s Office of Black Catholic Ministries.

Detroit — In a city with the second-highest murder rate and highest violent crime rate in the country, peace can often feel like a hopeless cause in Detroit.

But on a warm Thursday night, with thunderstorms looming, on the corner of Gratiot and McClellan avenues on Detroit’s east side, peace and prayer were on the lips of Detroiters, friends and strangers alike.

“Taking Back the Night” is prayer group started by the Archdiocese of Detroit’s Office of Black Catholic Ministries, whose objective is simple: asking God for peace on the streets of the city they love.

“I just wanted to join with the group in praying for peace; fighting crime, racism and all its effects,” said Genevieve Kocourek, a member of St. Augustine and St. Monica Parish on the east side. “A group prayer is great because it brings people together, not just Catholics, but anyone who can join us in praying in public.”

The group offered intercessions for loved ones and the community, mixed with Hail Marys and Our Fathers, while people held signs reading “Pray for Detroit” or “Honk for Peace.”

And many motorists on Gratiot were honking, an encouraging sign for the Leon Dixon Jr., director of Black Catholic Ministries.

“When I hear a honk, I know what we’re doing is right. When they honk, it’s a small way to contribute to the prayer,” Dixon said. “Events like these are successful, because you’re actually being a bold witness to Christ.”

Taking Back the Night was at the corner of Gratiot and McClellan, in the shadows of Nativity of Our Lord Church, from Aug. 15-19. The group relocated to the Cathedral of the Most Blessed Sacrament on Woodward Avenue from Aug. 22-26 and was at St. Thomas Aquinas/St. Christopher Parish on the city’s west side after then.

Dixon said it’s important for the group to meet at night, because that’s the time of day when most of crime happens. It also forces people to think of the ministry as “outside of the four walls” of a 9-5 job.

“We’re here at 9 p.m., because we need to be here 24/7, we need to set the night in the appropriate tenor,” Dixon said. “We can’t just be ‘9-5’ ministers, inside four walls; we need to go to street corners, go to where the people are. When troubles arise in our community, it’s easy to minster in walls. But what Christ is asking us to do is go out into the streets.”

Going into the streets is what appeals to members of “Taking Back the Night,” publicly showing people someone is praying for them, even if they’ve never thought so before.

“We’re here to continue to lift up those in our prayers, standing in the gap for those that can’t be here to pray,” said Lawrence Jenkins, a St. Charles Lwanga parishioner. “It’s what we’re called to do, to intercede on the behalf of Christ. Come out to support and witness together.”

Most importantly, Kocourek said, “We’re asking God to bless the neighborhood, work beyond our understanding and power, that’s the greatest thing. I think public witness is not only powerful, but peaceful, because it causes people to pause what they’re doing, to reflect on God and what He can do for the community.”

Jenkins and other members said every honk on the crisp, cool night was an acknowledgement that people appreciate what the group is doing for Detroit, remembering that God is still present in the city.

“They don’t have to get it and pray to know there are people in the community that are praying for them,” Jenkins said. “Public acts of prayer inspire people going through difficult times that Christ is still with them, holding on to today and fighting for tomorrow.”