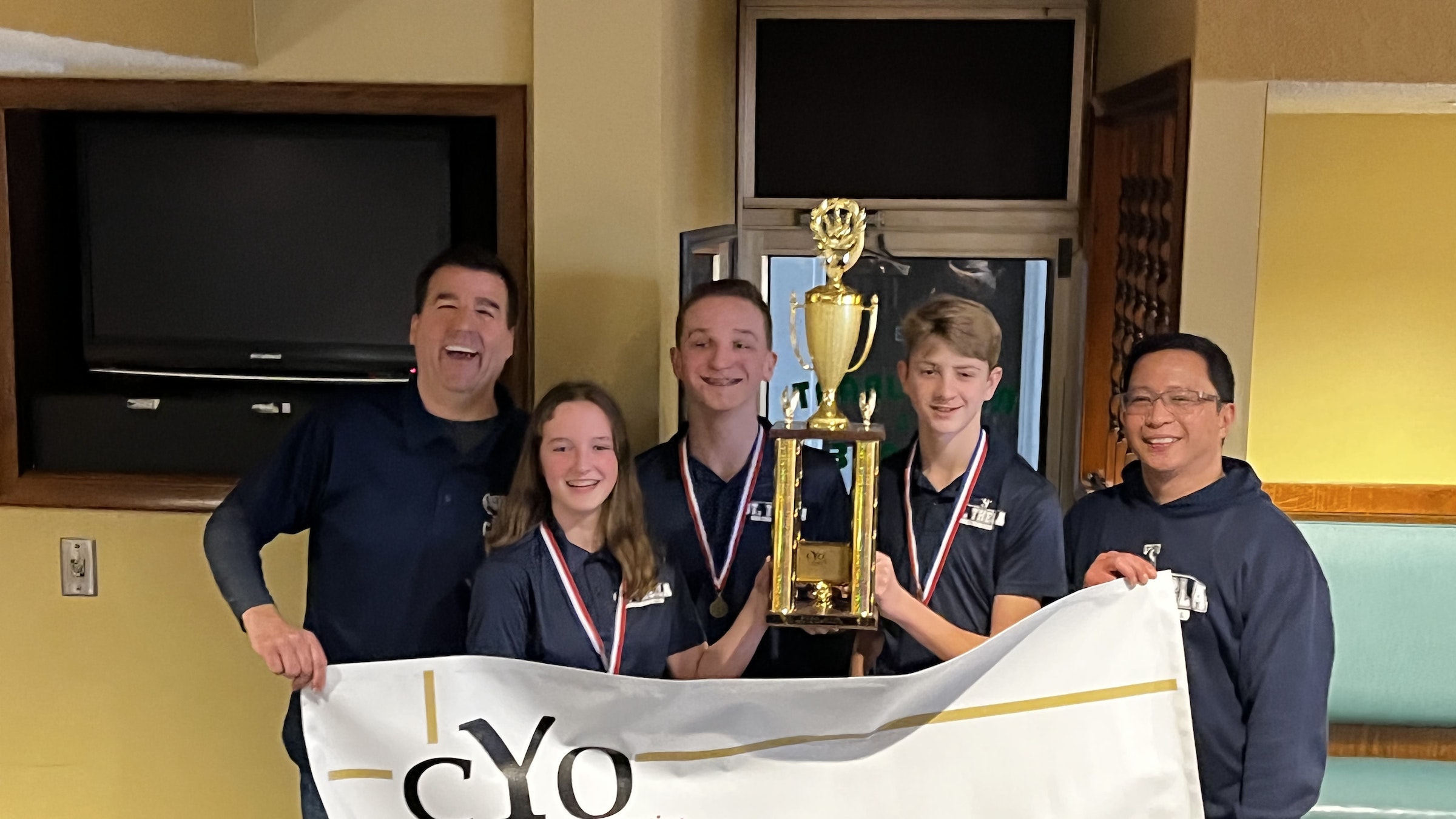 WARREN ─ Blame it on the cheese sticks.

Jacey Thibodeau didn’t always like to bowl. That was when she was 4-years old and maybe had a hard time picking up the ball and an even harder time getting it to roll down the alley. So, when the family went bowling, her mother teased her: “If you come, you can have some cheese sticks.”

She’s 14 now, and bowls year-round. Her motivation is the enjoyment and fun she derives from it. She might add because she’s very good at it, too.

During the recently concluded 10-week CYO 7th and 8th graders bowling season, Jacey was far-and-away the best with a 184 average. She topped that with a near-perfect 289 game in the championship playoffs.

Sandy Werth, CYO director of athletics, says “Everyone was watching. It was amazing.”

Jacey remembers throwing “five or six strikes in a row” and saying to herself “Wow.”

“She buried the 11th ball,” her coach John Colley said. “Right in the pocket.” To the astonishment of all, the 10 pin didn’t fall.

Her mother, Kelly Thibodeau (nee Braun; Regina ‘90), recalls Jacey “had a talent for bowling even in those early days of bumper bowling. It became something she liked to do. She was having fun.”

Jacey is an eight-grader at St. Anne School in Warren, but since it has no bowling team, she has played for Clinton Township St. Thecla since the sixth grade. She bowls September thru April at Bowl One in Troy (with a 168 average) – with a break for the CYO – and in a summer league and this year, at a high school camp.

In January, Jayce rolled a 692 series to win a tournament at Southfield Plum Hollow Lanes.

Colley, who has coached the St. Thecla team for five years (and is a 198-average bowler in his own right) compliments Jacey for her composure. “She’s easy to coach and takes direction well.”

Jacey will attend Madison Heights Bishop Foley in the fall, from where her sister Jenna graduated in 2019 and is presently a junior at Michigan State University majoring in Biochemistry.

They have a brother, Jared, 24, who has Angelman Syndrome. “Jacey told me she wants to become a physical therapist,” Kelly says, “to help people like him. She is a good little sister to her brother.”

For the championship two-game playoffs, the top three teams from each 7-8 division qualified, which in turn was winnowed down to the final three.