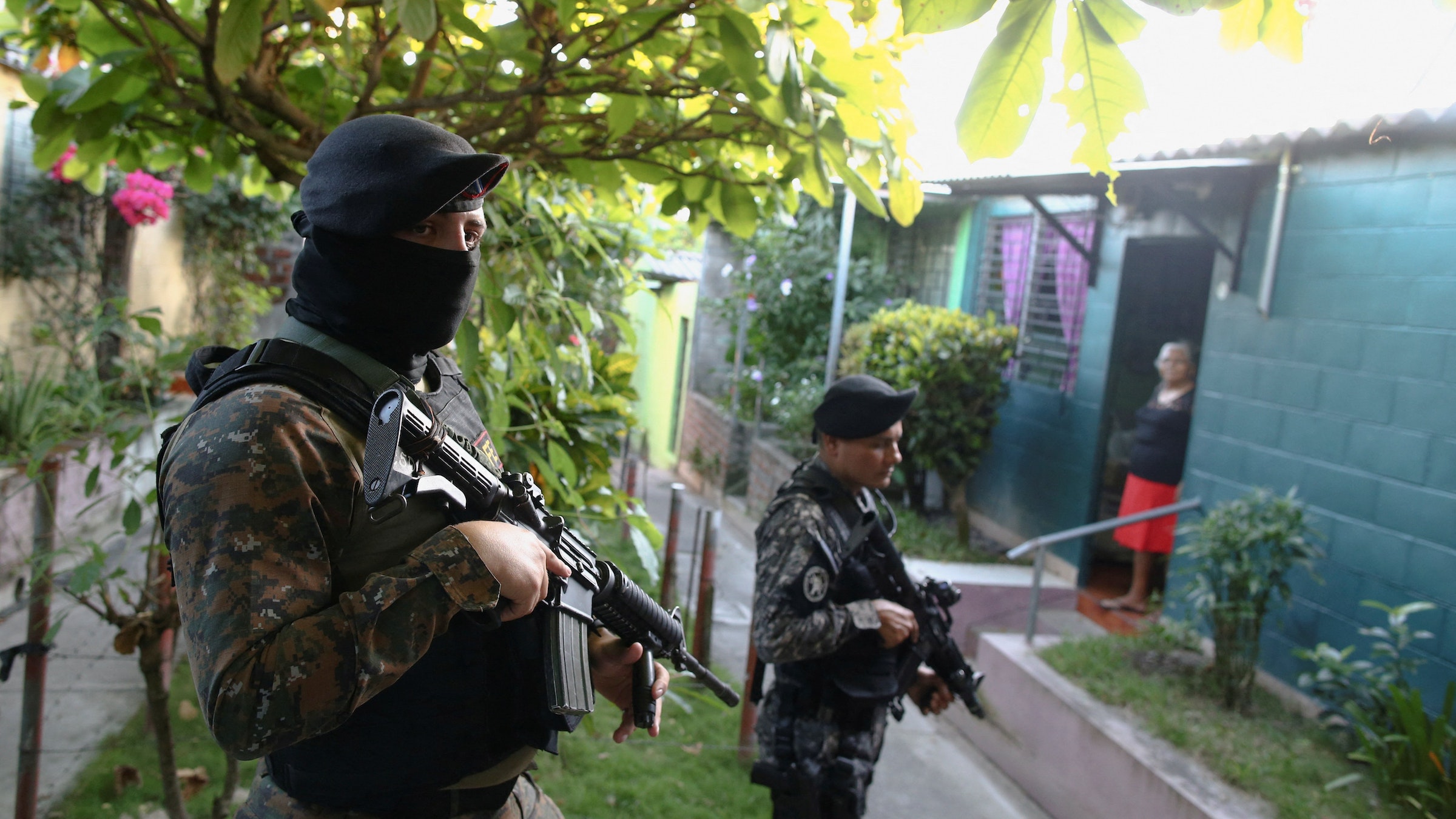 A massive crackdown on gangs in El Salvador has led to ongoing human rights abuses, including arbitrary detentions, torture and deaths in custody, according to a report from a pair of human rights groups.

"The authorities' campaign of mass, indiscriminate arrests has led to the detention of hundreds of people with no apparent connections to gangs' abusive activity," said a released Dec. 7 by Human Rights Watch and the Salvadoran human rights group Cristosal. "In many cases, detentions appear to be based on the appearance and social background of the detainees, or on questionable evidence, such as anonymous calls and uncorroborated allegations on social media."

The report documented widespread abuse committed by security forces in the Central American country after President Nayib Bukele declared a state of emergency in late March in response to a spate of gang violence.

"We found that human rights violations were not isolated incidents by rogue agents. Rather, similar violations were carried out repeatedly and across the country, throughout a period of several months, by both the military and the police," the report said.

The report reflected international alarm over the deterioration of human rights in El Salvador, while reflecting concern over Bukele concentrating power in the presidency and dominating the country's congress and courts. In September, Bukele announced he would seek reelection, even though the country's constitution limits presidents to a single, five-year term.

Bukele, 41, rose to the presidency presenting himself as hip and progressive, but he has been accused of authoritarianism as he routinely belittles the media and human rights defenders, while cowing critical voices into silence. Bukele boasts an approval rating of 86%, according to polling firm CID Gallup. Early polls show support for calling a state of emergency.

The 89-page human rights report, which was based on more than 1,100 interviews, counted 58,000 arrests between March and November. In many cases, detainees were incommunicado, with their families not knowing their whereabouts. At least 90 people died in custody. Police were assigned quotas, "requiring officers to arrest a given number of people daily," according to the report.

"In some cases, officers refused to provide information about the detainees' whereabouts to their families, in what amounted to enforced disappearances under international law," the report said.

"There are serious reasons to question the long-term effectiveness of President Bukele's security measures. ... Iron-fist strategies attempted by prior governments have proven to be ineffective and have at times led to more violence."

Observers in El Salvador say the policies have proved popular because of perceptions that crime -- including murder and extortion -- has plunged, along with an antipathy toward the gangs, which prey on the population and control entire neighborhoods.

"It's that combination of gang members being detained ... and our president not recognizing the importance of human rights. ... That's what makes him popular," said Juan Melendez, El Salvador director of the Netherlands Institute for Multiparty Democracy. "We have an authoritarian streak, so to speak."

The report obtained a police document, which showed 463 people killed in the country between January and October -- a 50% decline over the same period in 2021. El Salvador ranked as one of the most murderous countries during the 2010s.

Declines in violence in El Salvador are not unprecedented, but often were the result of secret truces between the government and gangs.

Bukele decreed the state of emergency March 27 after 62 murders were committed on a single Saturday. The news organization El Faro revealed the existence of a truce, which had unraveled. Analysts describe the gangs' use of violence as a bargaining chip, which backfired on them.

In a show of force, the president recently deployed 10,000 soldiers into a San Salvador suburb long plagued by gangs. Archbishop José Luis Escobar Alas of San Salvador supported the move, telling reporters Dec. 4, "It seems to me that it's not just a right, but an obligation of the government to pursue crime, because it is its duty to watch out for national security."

One employee of a Catholic organization in El Salvador, who requested anonymity, said the church has struggled to speak out critically because the president's opponents have suffered reprisals, including social media attacks, suspicious audits and various threats.

Other governments in the region appear to be following El Salvador's security approach. Honduran President Xiomara Castro has declared a state of emergency in 162 neighborhoods to combat gangs and extortion.

"Emergency measures give more power to those acting outside the law and place defenseless populations at high risks," Jesuit Father Ismael Moreno of Honduras tweeted Dec. 5. "The sensible people of this government must come to their senses and suspend this irresponsible act. It's an issue of dialogue."