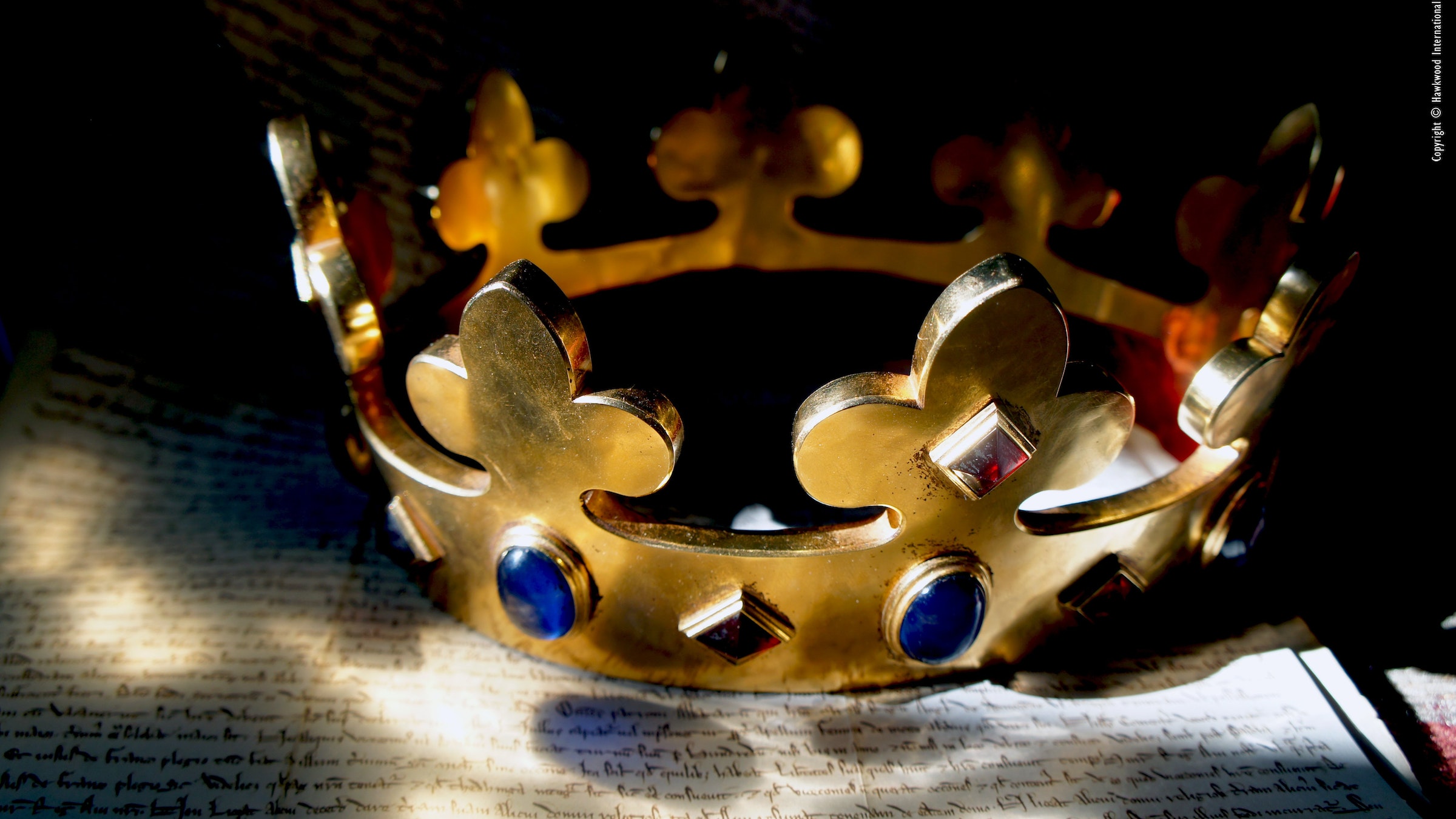 This is an image for the Magna Carta exhibit at Museum of the Bible in Washington. The Magna Carta was drafted at Runnymede, England, and signed by King John June 15, 1215. It established the principle that everyone, including the king, was subject to the law. The museum's exhibit opened July 2, 2021, and closes Jan. 2, 2022. (CNS photo/courtesy Museum of the Bible)

WASHINGTON (CNS) –– The star document of a new exhibit at the Museum of the Bible in Washington is the 1217 Magna Carta, which regulated the power of royal tyrants in medieval England with a fundamental guarantee of rights and privileges.

A revision of the 1215 document, it is one of four of its kind that is accounted for, and it was the first one to be titled "Magna Carta."

The Museum of the Bible became the newest addition to Washington's collection of museums when it opened in 2017. It holds artifacts and information and provides an interactive experience for visitors, arraying 4,000 years of history.

"For centuries, people have turned to the Bible for comfort, instruction, inspiration and hope. ... The Museum of the Bible brings the Bible to life in a way that you never dreamed possible," says a museum brochure.

It's an immersive and informational experience that shows the influence of the Bible on the document itself. It also shares the essence of the Bible's impact on the governance of life for all humans; especially those in power.

Along with the 1217 Magna Carta, the exhibit holds a variety of other medieval documents that date back to the 1200s, including the 1215 King's Writ, which solidified the creation of the first Magna Carta, as well as the 1300 Magna Carta, which was viewed by Revolutionary War-era activist and author Thomas Paine, and more. Informational videos also feature actor Andy Serkis as King John of England.

The medieval era that the documents came from set a precedent for civilizations to come. The documents preach the importance of bringing tyrants and evil rulers to account, rather than merely establishing democracy.

The first half of the exhibit explores the personalities and atmosphere of this medieval era, while the second half dives into the impact of the Magna Carta on the establishment of the Americas during the 17th century and beyond.

This second part includes documents and artifacts that support references to the Magna Carta in American historical milestones, including protests against the Stamp Act of 1765, which was eventually repealed. The Magna Carta also inspired the Declaration of Independence and the U.S. Constitution.

Though the content of the exhibit dates back centuries, it is relevant today in many capacities. Creating and regulating government is prevalent in contemporary matters, which Hawkwood International, the corporation that brought this exhibit to life, intended to express through its installment.

"(The) Magna Carta has played a direct role in overcoming injustice around the world and across the ages, so it is apt that it is in the 'land of the free' that we will tell the story of Magna Carta – and its relationship with the Bible – from the 13th century to the present day," Luke Purser, co-founder of Hawkwood International, said in a statement ahead of the exhibit's opening.

"The idea of Magna Carta defined the importance of the process of law in regards to life, liberty and property found in the U.S. Bill of Rights," he added.

Biblical passages written on the walls around each feature of the exhibit illustrate the document's ties to the Bible.

"What we also do here in this exhibit is highlight the role of the church and the Bible in the background and context of the Magna Carta ... what most people probably don't know is the fact that the first clause of Magna Carta actually guarantees the liberty of the English Church," said Jeff Kloha, chief curatorial officer at Museum of the Bible.

Cardinal Stephen Langton, who was the archbishop of Canterbury, England, from 1207 until his death in 1228, played an important role in events surrounding the Magna Carta. He used passages from the Bible to solidify and affirm the limitations of "bad" King John and his powers.

The dispute between King John and Pope Innocent III over his appointment to Canterbury was a major factor in the crisis that produced the Magna Carta. King John wanted to appoint his own archbishop.

What could be referred to as a "thesis" of the exhibit are the words of the prophet Isaiah: "Woe unto those who make unjust laws." The Museum of the Bible, in writing about the exhibition, said this quote should serve as a reminder to all those in power.

The "Magna Carta: Tyranny. Justice. Liberty" exhibition will remain at the Museum of the Bible through Jan. 2, 2022.