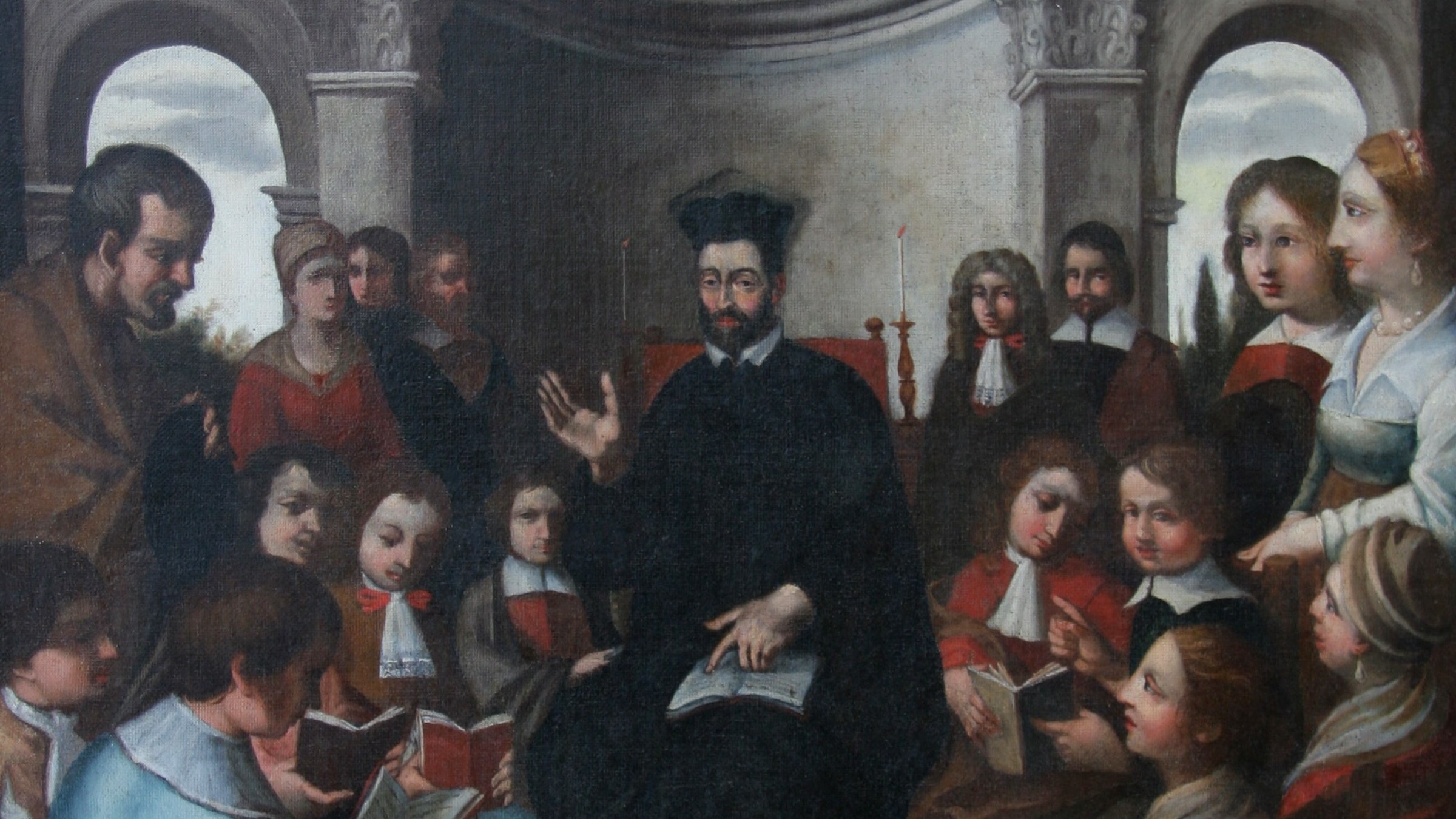 VATICAN CITY (CNS) -- After a long pandemic pause, Pope Francis is scheduled to celebrate a Mass May 15 for the canonization of 10 men and women: five from Italy, three from France, one from India and one from the Netherlands.

The "big names" -- globally -- in the newly recognized heavenly host are soon-to-be St. Charles de Foucauld, who lived as a hermit in North Africa, and soon-to-be St. Titus Brandsma, a Dutch Carmelite martyred at the Dachau concentration camp.

Those canonized will bring to 909 the saints Pope Francis has recognized officially during his pontificate; the figure includes the 813 "Martyrs of Otranto," who were killed in the southern Italian city in 1480 and declared saints in 2013.

In view of the canonization ceremony, the Congregation for Saints' Causes has published a brief biography of each of the 10 new saints and information about the miracle attributed to their intercession needed for their canonizations. While the church does not require the recognition of a miracle for the beatification of a martyr, it generally requires one for all blesseds to be declared saints.

The 10, listed in the order the congregation lists them, are:

-- Blessed Devasahayam Pillai, an Indian layman and father who was born to an upper-caste Hindu family in 1712 and converted to Christianity in 1745. The Vatican said his refusal to participate in Hindu ceremonies and his preaching about "the equality of all people," denying the Hindu caste system, led to his arrest, torture and his death in 1752.

The only details the Vatican provided about the miracle in his case was that it involved "the resuscitation of a fetus at the 20th week of pregnancy of an Indian woman" and that a diocesan inquiry into the case was held in 2015.

-- Blessed César de Bus, the France-born founder of the Fathers of Christian Doctrine, a religious congregation dedicated to education, pastoral ministry and catechesis. Born in 1544, he enjoyed life and parties until he had a conversion experience in his early 30s and began dedicating his life to prayer and helping the poor. Ordained to the priesthood in 1582, he was a pioneer in educating the laity in the faith, using illustrations he painted himself and songs and poetry he wrote. He died in 1607.

The Vatican said the miracle approved for his canonization was the healing in 2016 of a young woman in Salerno, Italy, who suffered from "acinetobacter baumannii meningitis" with a "cerebral hemorrhage from a high-flow AVM rupture with acute hydrocephalus."

-- Blessed Luigi Maria Palazzolo, an Italian priest and founder of the Congregation of the Sisters of the Poor. Born in 1827, he was ordained to the priesthood in 1850. The Vatican biography said, "At that time there was an abundance of clergy and, like the majority of priests from wealthy families who stayed at home and generously dedicated themselves to good works, Don Luigi chose to devote himself to young people" at an oratory in a poor neighborhood. He opened a school that offered evening classes in reading and writing to men and boys before opening a separate oratory for girls and founding the Sisters of the Poor to run it.

The miracle recognized in his sainthood cause involved an Italian Sister of the Poor who had an intestinal perforation, sepsis, multi-organ failure and septic shock. In early 2016, when doctors had proclaimed her death imminent and had stopped trying to reverse the damage, she recovered.

-- Blessed Giustino Maria Russolillo, an Italian who, on the day of his ordination to the priesthood in 1913, vowed to establish a religious order dedicated to promoting vocations to the priesthood and religious life, but his first attempt was stopped by his bishop. Eventually, though, he founded the Society of Divine Vocations for men and the Vocationist Sisters.

The healing in April 2016 of a young member of the Society of Divine Vocations who was in a coma had acute respiratory failure and rhabdomyolysis (muscle death) after an epileptic seizure was the miracle accepted for his canonization.

-- Blessed Charles de Foucauld was born in Strasbourg, France, in 1858. He strayed from the faith during his adolescence, but during a trip to Morocco, he saw how devoted Muslims were to their faith, which inspired him to return to the church and, eventually, to join the Trappists. After living in monasteries in France and in Syria, he sought an even more austere life as a hermit. Ordained to the priesthood in 1901, he lived among the poor and finally settled in Tamanrasset, Algeria. In 1916, he was killed by a band of marauders. His writings inspired the foundation, after his death, of the Little Brothers of Jesus and the Little Sisters of Jesus.

The miracle approved for his cause involved Charle, a carpenter's apprentice working on restoring a chapel in Saumur, France, who fell over 50 feet, hitting a bench whose armrest pierced his left side and came out at the back at the base of his rib cage. According to the Little Brothers of Jesus, Charle did not pass out, got up immediately to seek help and, after surgery, was discharged from the hospital after a week. "He went back to work two months after the accident without suffering any physical or psychological ill-effects," the order said. The accident occurred Nov. 30, 2016, the eve of the centenary of Blessed Charles' death.

-- Blessed Anna Maria Rubatto, founder of the order now known as the Capuchin Sisters of Mother Rubatto, was born in Carmagnola, Italy, in 1844 and died in Montevideo, Uruguay, in 1904.

The miracle accepted in her cause involved the healing in March 2000 in Colonia, Uruguay, of a young man suffering from "cranio-encephalic trauma with severe subarachnoid hemorrhage, severe coma, endocranial hypertension and diffuse axonal damage," the Congregation for Saints' Causes said.

-- Blessed Maria Domenica Mantovani, co-founder and first superior general of the Little Sisters of the Holy Family. Born in 1862 in Castelletto di Brenzone, Italy, she dedicated her life to serving the poor and needy as well as assisting the sick and the elderly. She died in 1934.

The miracle in her case involved the healing in 2011 of a 12-year-old girl in Argentina who, during a medical procedure, suffered convulsions, cardiac arrest and respiratory failure. Touched with a relic of Blessed Mantovani and supported by the prayers of her family, the girl was extubated two days later and went on to recover, the Vatican said.

-- Blessed Titus Brandsma was born in Oegeklooster, Netherlands, in 1881 and entered the Carmelites in 1898. Ordained in 1905, he was sent to Rome for further studies and, while there, became a correspondent for several Dutch newspapers and magazines. When he returned home, he founded the magazine Karmelrozen and, in 1935, was named chaplain to the Dutch Catholic journalists' association. During World War II, he was arrested and sent to Dachau for treason after defending Jews and encouraging Catholic newspapers not to print Nazi propaganda. He was killed with a lethal injection in 1942 at the age of 61 and cremated at the camp.

The miracle in his cause involved Carmelite Father Michael Driscoll, former pastor of St. Jude Church in Boca Raton, Florida, who is now 80 years old. In 2004 he had been diagnosed with severe, stage 4, metastatic melanoma and began praying to Blessed Titus and putting a relic of the martyr's clothing on his head and neck. When the medical board of the Congregation for Saints' Causes looked at the case, the Vatican said, "of the disease, which was particularly malignant and invasive, there was no longer any trace, even after more than 15 years."

-- Blessed Marie Rivier, a Frenchwoman who founded the Sisters of the Presentation of Mary in 1796 during the time of the French Revolution, when many Catholic convents were closed and religious activities were outlawed. She was born in 1768 and died in 1838.

The miracle recognized for her canonization, the Vatican said, occurred in 2015 in Tagbilaran, Philippines. It involved the disappearance of hydrops -- a buildup of fluid in tissues and organs -- in a fetus just over 12 weeks into the pregnancy. The baby girl was born healthy Sept. 6, 2015.

-- Blessed Carolina Santocanale, also known as Blessed Mary of Jesus, an Italian nun born in 1852, who founded the Congregation of the Capuchin Sisters of the Immaculate of Lourdes. She died in Palermo in 1923.

The Vatican said the miracle in her cause involved a young bride suffering from two autoimmune disorders, myasthenia gravis and Hashimoto's thyroiditis, and documented infertility. Yet, after prayers to Blessed Carolina, in December 2016 she discovered she was pregnant. And, six months after her first child was born healthy, she became pregnant again and gave birth to another healthy baby.