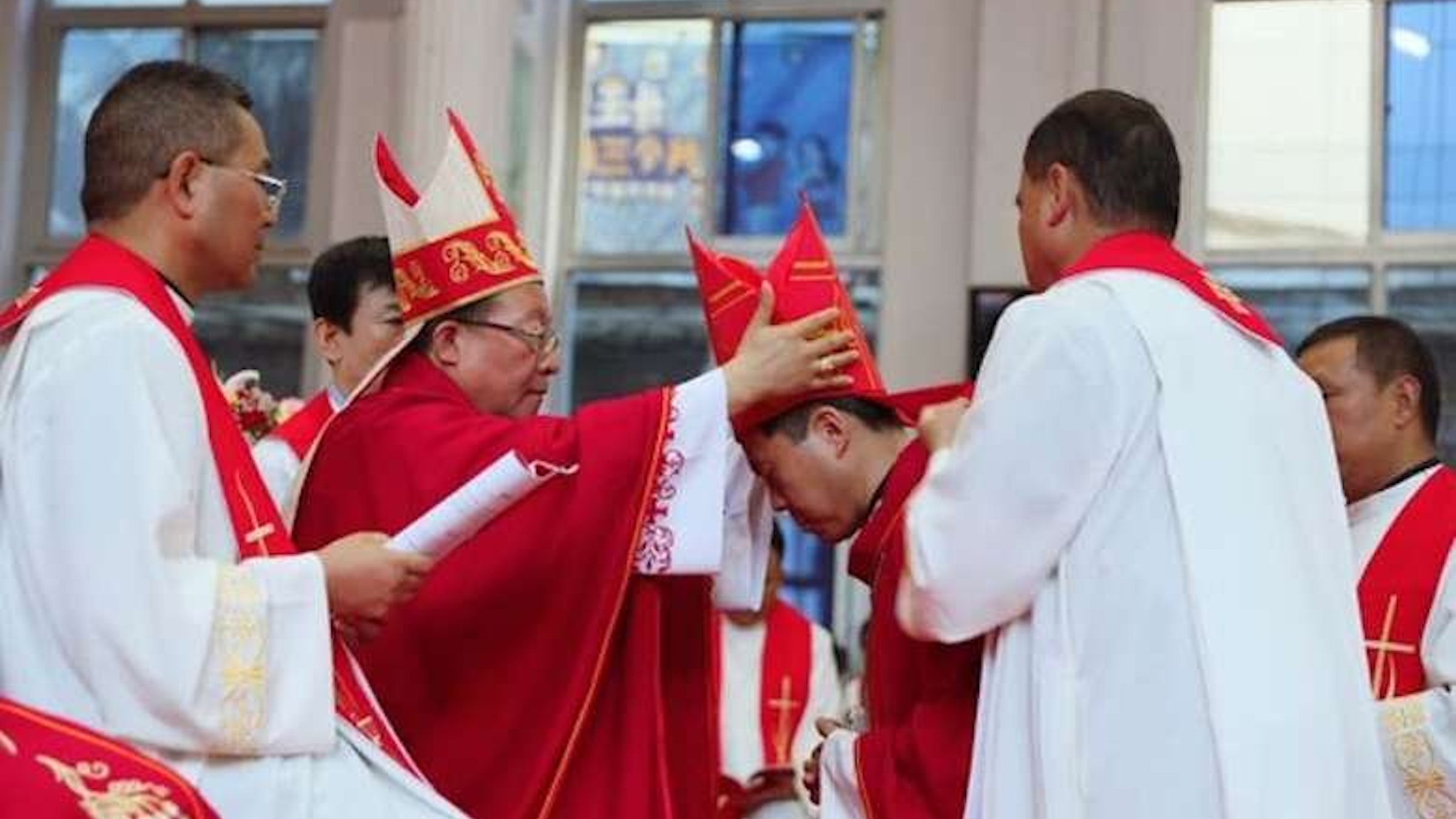 Father Anthony Li Hui, center right, is ordained as coadjutor bishop in the cathedral of the Diocese of Pingliang, China, July 28, 2021. He became the fifth Chinese bishop appointed under the terms of a Vatican-China agreement signed in 2018 and renewed in 2020, the Vatican press office said. (CNS photo/www.chinacatholic.cn)

VATICAN CITY (CNS) –– When Fr. Anthony Li Hui was ordained a bishop July 28 in the cathedral of the Diocese of Pingliang, China, he became the fifth Chinese bishop appointed under the terms of a Vatican-China agreement signed in 2018 and renewed in 2020, the Vatican press office said.

He eventually will succeed Bishop Nicholas Han Jide, who is 81 years old and has led the diocese since 1999. Bishop Han was one of the concelebrants of Bishop Li's ordination.

Bishop Li was born in 1972 in Mei County, Shaanxi province, and, after completing his studies at the diocesan seminary in Pingliang and at the national seminary, he was ordained to the priesthood in 1996.

The Vatican-China provisional agreement outlines procedures for ensuring that Catholic bishops are elected by the Catholic community in China and approved by the pope before their ordinations and installations.

Vatican officials have said that giving up full control over the choice of bishops would not be what the Vatican hoped for, but that the agreement was a good first step toward ensuring greater freedom and security for the Catholic community in China.

Pope Francis has told reporters that the agreement envisions "a dialogue about potential candidates. The matter is carried out through dialogue. But the appointment is made by Rome; the appointment is by the pope. This is clear. And we pray for the suffering of some who do not understand or who have many years of clandestine existence behind them.”

The nomination and assignment of bishops was a key sticking point in Vatican-Chinese relations for decades; the Catholic Church insisted that bishops be appointed by the pope, and the Chinese government maintained that would amount to foreign interference in China's internal affairs.

UCA News reported that Bishop Joseph Ma Yinglin of Kunming, president of the state-sanctioned Bishops' Conference of the Catholic Church in China, presided over the Mass and ordination of Bishop Li. Bishop Joseph Guo Jincai of Chengde, the conference vice president, and Bishop Joseph Han Zhihai of Lanzhou also participated.