For 80 years, Detroit's Council of Catholic Women has 'set the world on fire' for Christ 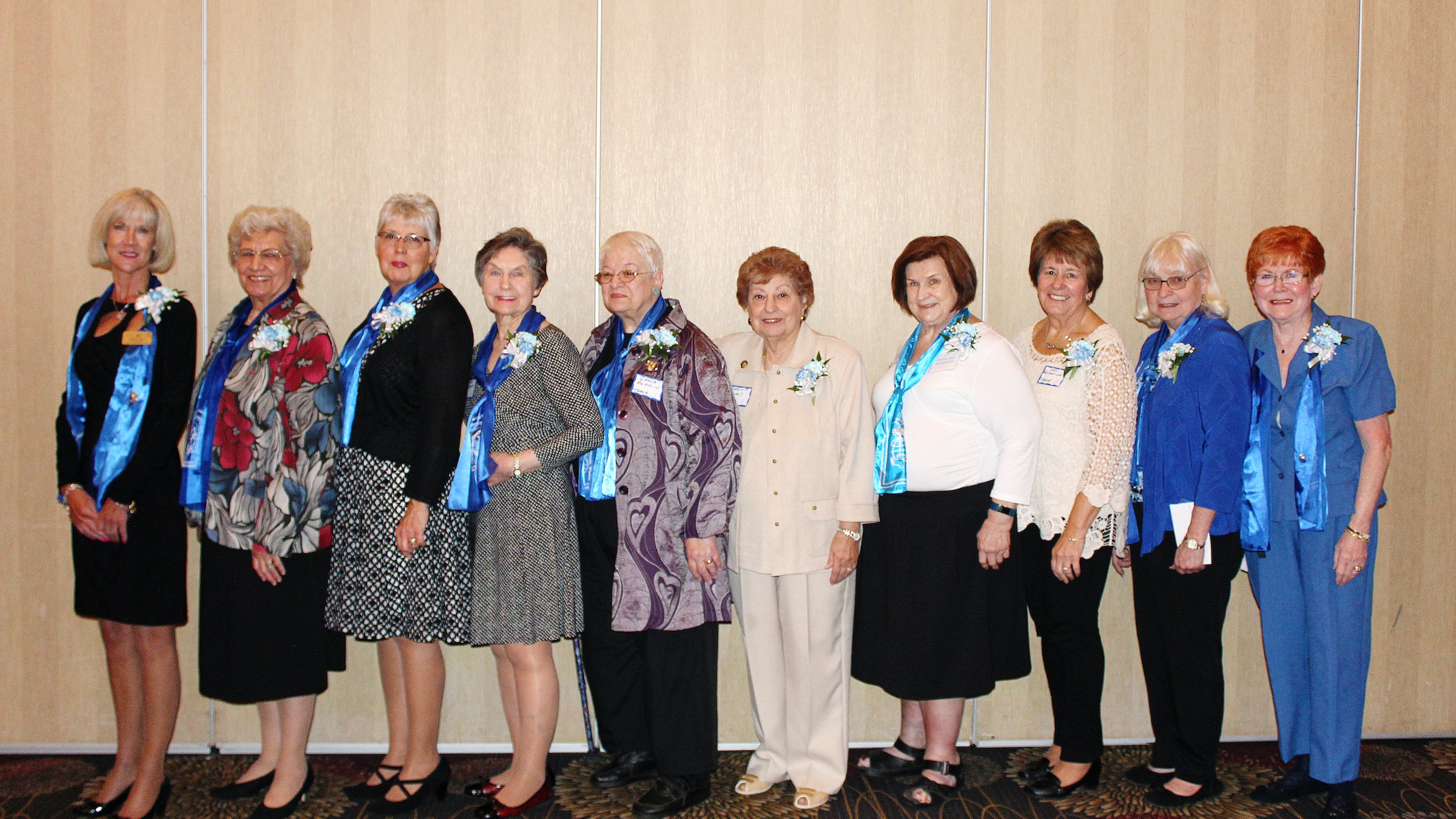 Local Catholic women have poured energy into service, faith and leadership since the days of Archbishop Mooney

LIVONIA — Eighty years ago, Lorraine McFee acknowledges, “the world was a different place.”

There were no cellphones, no computers, and not every household owned a car. Yet, women were able to meet the challenges of the Great Depression and World War II with tenacity, stepping up for their families, communities and country with grit and tenacity.

“With 50 ladies, we can set the world on fire,” said McFee, co-president of the Archdiocese of Detroit's Council of Catholic Women.

On Oct. 6, the council will celebrate its 80th anniversary of leadership, faith and service in the Detroit area with a special event at St. Aidan Parish in Livonia. Like most anniversaries, it’s an opportunity for Council of Catholic Women members to look back as well as ahead to the future.

“It’s amazing to see how much women do in the Church,” said Zora Dziurman, a member of Detroit's Council of Catholic Women. “There are little bits and pieces, but when you put it all together and unite all these women, it can be more powerful.”

The day’s events will start with an 11:30 a.m. Mass with a family-style luncheon at St. Aidan’s Msgr. Alex J. Brunett Activity Center. The key entertainment will be “Sisters Act Out,” a musical comedy act. The theme of the day is “Beautifully Rooted in Christ for 80 years.”

The first meeting of Detroit’s Council of Catholic Women took place in the Book Cadillac Hotel on March 18, 1939, with a mission “to bring women together to share their faith, to grow spiritually and to unite in performing works of charity both in our community and abroad.”

The Archdiocese of Detroit’s council belongs to the NCCW’s Detroit Province, which includes Michigan’s seven dioceses. These affiliates meet frequently to share ideas and build fellowship.

In addition to service and leadership components, the council is led spiritually by Fr. Stephen Koehler, pastor of St. Rene Goupil Parish in Sterling Heights. Members also participate in an annual retreat and offer prayers and Masses for a variety of intentions.

Functioning as a network, the Council of Catholic Women enables women across the archdiocese to share charitable projects, adapting successful ones to particular needs, whether local or international. A multitude of projects are shared via email, at bi-monthly meetings and via the group's bi-monthly Communique newsletter. Some projects include:

• Operation Layette, a 20-year effort to collect and distribute baby clothes, supplies and furniture to those in need. Hundreds of layettes have been distributed over the years, including 97 in June and July 2019 alone.

• A drive to collect hundreds of thousands of plastic bottle caps and similar items that will be used to create bleachers and benches for the Taylor South Little League and Junior League World Series. Not only are the bleachers and benches durable, but the project helps the environment by keeping the caps from becoming litter.

The bottle cap drive, McFee noted, started after an NCCW affiliate member if Florida collected bottle caps to sell to a recycling center in order to raise funds for wheelchairs for the needy. When the bottom dropped out of the recycling market, Detroit council members researched alternatives and found a resource in Indiana that used bottle caps to make tables. Members spread the word and soon persuaded various groups to join in. In one case, a parish’s catechism classes filled a van with 400 pounds of the caps.

“All through networking,” McFee said.

While the Council of Catholic Women once operated out of the offices of the Archdiocese of Detroit's Chancery, today, meetings are conducted at members' homes.

Like many organizations, the council faces an uncertain future because of declining membership. Most members are above the age of 60, with many active participants in their 80s or even 90s, McFee said.

In an effort to boost membership, the council has recently begun reaching out to a younger demographic.

“To grow future leaders, you’ve got to nurture them, feed them,” Dziurman said, saying she hopes the Golden Rose program will show young women the possibilities that membership has to offer. “It’s not an old people’s thing.”

McFee has a heart for reaching out to younger women to join.

“It’s a matter of personal contact,” she said. “A personal invitation, getting to know people, takes things to a whole new level.”

Currently, the Council of Catholic Women meets on the second Saturday of August, October, December and February at varying locations. There is an annual business meeting in spring. In addition, the group has three regions with boards that meet four times per year. Annual dues are $15.

The registration deadline for the 80th anniversary celebration is Sept. 20. For more information, contact Beverly Nicholson at (313) 806-7351 or visit the Council of Catholic Women's website or email Lorraine McFee at [email protected].