For Detroit priests, the life and legacy of a soon-to-be French saint looms large 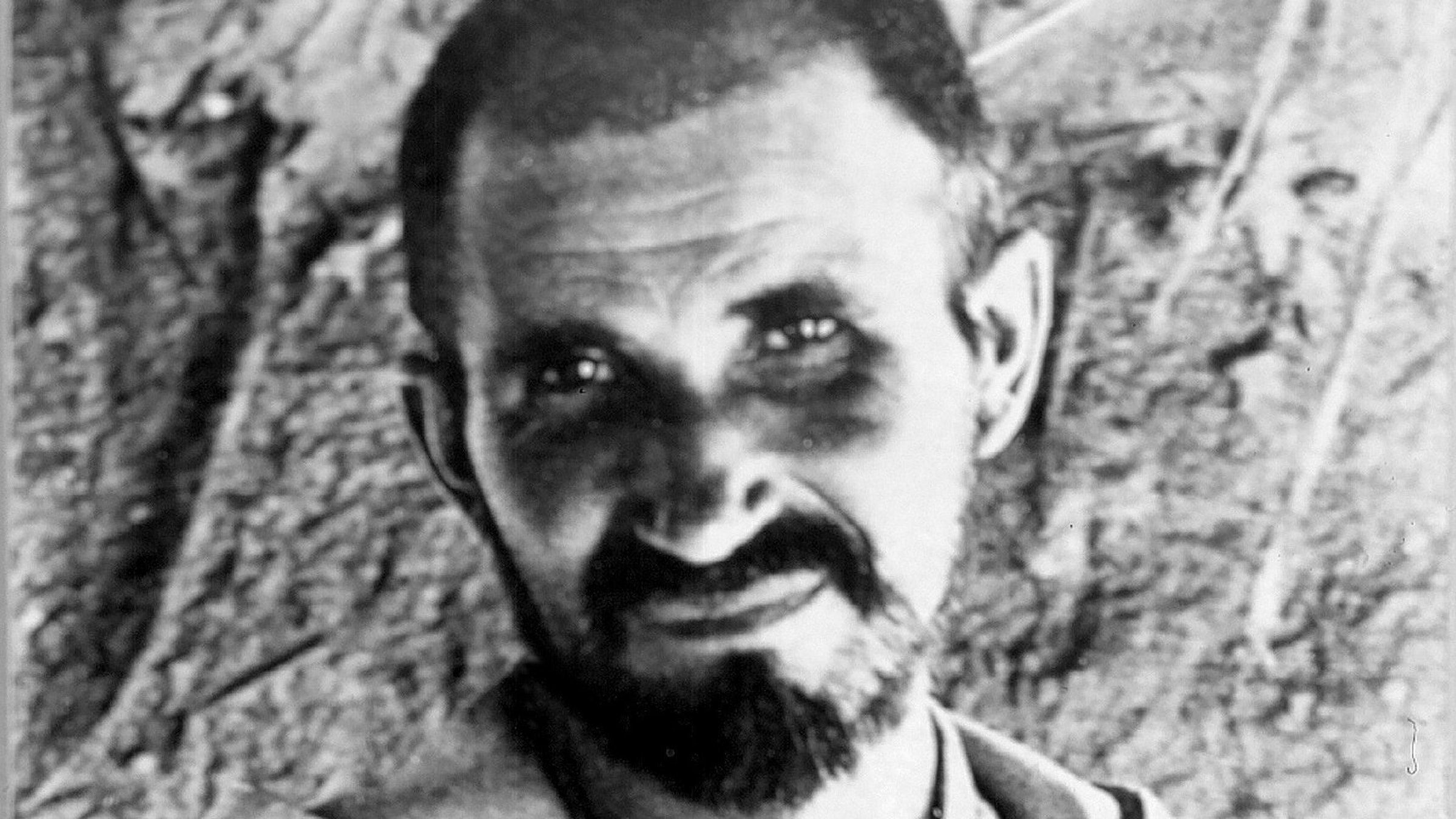 Blessed Charles de Foucauld is pictured in an undated photo. Pope Francis has recognized a miracle attributed to the intercession of Blessed de Foucauld, clearing the way for his canonization. Born in Strasbourg, France, in 1858, Blessed de Foucauld lost his faith during his adolescence but rediscovered it after after being inspired by Muslims during a visit to Morocco. Today, he is the inspiration behind the Jesus Caritas Fraternities of Priests. (CNS photo/courtesy of I.Media)

DETROIT — The May 27 announcement from the Congregation for the Causes of Saints of a miracle attributed to Blessed Charles de Foucauld has cleared the path to sainthood for the inspiration behind the Jesus Caritas Fraternities of Priests.

Blessed Charles was a French priest ordained in 1901 and sought to live closely with local North African communities where he served.

After briefly joining the Trappist monks in Switzerland, Blessed de Foucauld developed his own rule, centered on living as a brother to the people around him, focusing on areas where Christianity wasn’t the dominant religion.

Blessed Charles wanted to form a religious community, but efforts fell short. Instead, he lived among the poor in Tamanrasset, Algeria – then part of the French Empire – before he was killed by German-aligned marauders in 1916.

After giving a retreat to diocesan priests in Paris, Fr. Voillaume founded the Jesus Caritas Fraternity of Priests for diocesan priests who wanted to aspire to the community values of Blessed Charles.

Today, there are thousands of Caritas Fraternities of Priests around the world, comprised of small groups of priests sharing their experiences of diocesan priestly life. Detroit Auxiliary Bishop Donald Hanchon is an episcopal liaison for the fraternity, even serving in international leadership of the organization during his final two years of college at Sacred Heart Seminary in Detroit.

“Blessed de Foucauld kind of lived this spoiled upbringing but experienced a conversion after his cousin wrote him that he had to meet this priest in Paris,” Bishop Hanchon told Detroit Catholic. “This priest was one of these forceful spiritual directors. He said, ‘Charles, what you need is to go to confession, so kneel down right now.’ That moment really marked a change in his life. The other thing about him, in addition to being an accomplished scientist – an observer and geographer – he was a great correspondent, writing letters to hundreds of people. That’s how we know so much about him.”

Before his reversion to the faith he grew up with, Blessed Charles won awards in geography and mapmaking for his work in Africa with the French Foreign Legion, often disguising himself as a Jewish rabbi to gain access to more areas in North Africa.

After his ordination, he wanted to return to North Africa, living among the native Muslim populations as a brother, giving a Christian witness by his example.

“He tried to live his life without ceremony, greeting everyone as a brother and sister,” Bishop Hanchon explained. “He built a little monastic compound, and interestingly, the Muslim North African tribes respected him as a holy person. They gave his house the name ‘The Fraternity,’ because he was such a fraternal guy.”

After his death in 1916, more and more people discovered the tremendous amounts of correspondence and aspired to live by his rule.

In 1933, Fr. Voillaume and four companions formed the first Jesus Caritas Fraternity of Priests in Algeria, the model for fraternities of priests that exists today.

Fr. Ed Farrell was Bishop Hanchon’s spiritual director during his time in Sacred Heart Seminary and formed one of the first fraternities in Michigan, which is how Bishop Hanchon became inspired to form a fraternity with fellow seminarians who were looking for more fellowship in seminary life.

For 44 years now, Bishop Hanchon and his brothers in the fraternity would meet monthly to pray, reflect and discuss priestly life and the highs and lows that come with being ordained to serve the people of God.

“I think all of is would say, in some ways, it kept us honest,” Bishop Hanchon said. “When you have to be responsible, every week, every month we gathered, we would spend an hour in adoration with the Blessed Sacrament. We’d write a review of our life, asking, ‘How is God active in my life right now, and how am I responding?’ Then each of us after adoration would share for a few minutes, sharing about the coming weeks, reflecting on the Gospel and Scripture.”

There our four Jesus Caritas Fraternities of Priests in the Archdiocese of Detroit with five to six members each who meet once a month to share their experiences.

Fr. Don Archambault, now a senior priest, got involved with a fraternity after his friend, Fr. Kevin Britt, who would later become a Detroit auxiliary bishop, invited him to join a fraternity of priests, where the group would meet on Sunday afternoons at the Cathedral of the Most Blessed Sacrament to pray, reflect and join in fellowship with other priests.

“It was attractive to get together with brother priests, to share our experience of ministry, the growth and struggle we have in parish life,” Fr. Archambault said. “The idea of prayer and getting together for food and good fellowship and a support system for a diocesan priest, who are together in the seminary, but often on their own in priesthood. It gave us the chance to meet once a month. I know guys I meet with once a month and know my story.”

Fr. Ryan Adams, associate pastor at the Bascilica of Ste. Anne de Detroit and Most Holy Trinity Parish, joined in a Caritas fraternity after living with then-Msgr. Hanchon during his time at Sacred Heart Major Seminary, where he discussed with Msgr. Hanchon his desire to live in community with other priests.

It was Fr. Adams’ second year of seminary, and Msgr. Hanchon told him about Blessed Charles and the Jesus Caritas Fraternity of Priests. Fr. Adams gauged the interest of other seminarians who would be interested in forming such a fraternity, which Fr. Adams said was fundamental in his formation as a priest.

“I think it was tremendously important in my formation in the sense you have a brother,” Fr. Adams said. “Sometimes only a priest can ‘get’ priests at times. Family can love you, but nobody knows the heart of a priest like another priest. You don’t know what it is like to wake up and you got a wedding, celebrate with love and joy, and then you go anoint a little 4-year old girl who is dying of cancer in the same day. Trying to pray, believe in God, follow the faith, and sometimes you struggle with your own issues of faith, your own darkness of the cross.”

With the upcoming canonization of Blessed Charles, Fr. Archambault and Fr. Adams are hopeful more Catholics and more priests will become aware of the life and rule of Blessed Charles, including his desire to be a priest who lives close to the people as a brother to all.

Fr. Adams adds he wants more priests to consider forming a fraternity, being that brother to another person, as a way to keep their priesthood grounded, knowing they are a priest not for themselves, but for others.

“You are different because you are a priest, but we are brothers first in Christ, Fr. Adams said. “Before you are a father, you are a brother. And before brother, a son. There is a sense of humility that comes with brotherly love. Especially in the presbyterate, where there can division, factions, to see the person behind the opinion of a person. We have to make that distinction, that I want to connect with that person, not their ideology or their opinion. The priesthood is like a marriage; it’s not meant for isolation. It’s meant to be a light, and we need a community and consistent relationship-building where people feed us, and we feed them.”