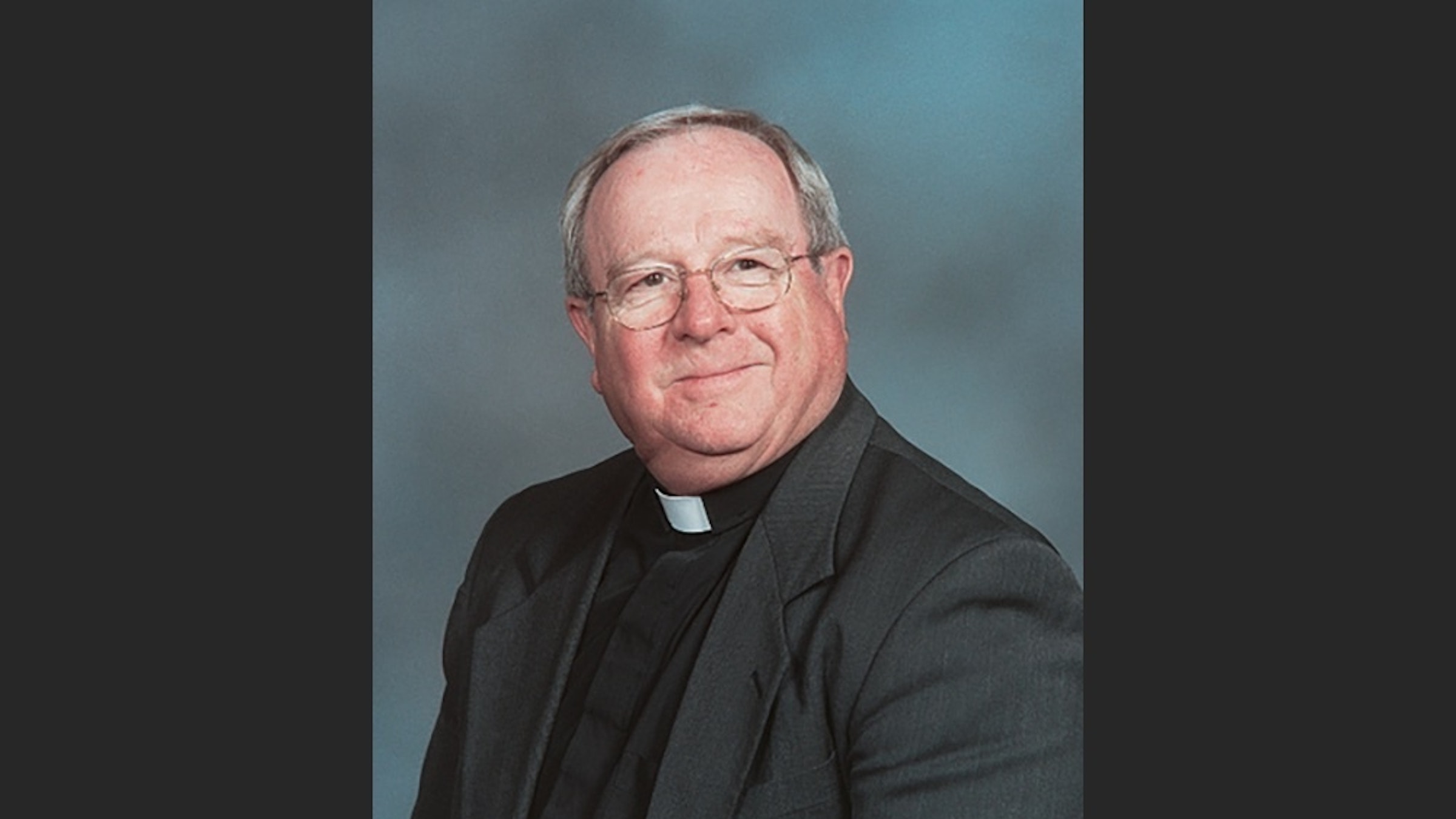 PLYMOUTH — Fr. George Charnley will be remembered by his friends and family for his relational and pastoral nature and his uncanny ability to put his loved ones first.

“Family was very important to him, as was keeping everybody together,” said Fr. Tom Belczak, pastor of St. Kenneth Parish in Plymouth, who knew Fr. Charnley for 50 years and worked with him at St. Kenneth. “When I spoke with one of his sisters the other day, she said that he was the glue that kept the family together.”

Fr. Charnley worked for Ford Motor Company for 10 years before deciding to enter the seminary. He was always at least 10 years older than his fellow classmates, said Fr. Belczak, who was a freshman when Fr. Charnley was a senior at Sacred Heart Major Seminary in Detroit. Fr. Charnley was ordained a priest on March 6, 1976, at St. Mary of Redford Parish in Detroit.

Fr. Charnley served in the same vicariate for nearly the entirety of his ministry. He served as pastor of St. Dunstan Parish, Garden City (1982-87); St. John Neumann Parish, Canton (1987-2003); and St. James Parish, Novi (2003-12). He also served as associate pastor of St. Anne Parish, Warren (1979-81), and St. Joan of Arc Parish, St. Clair Shores (1976-79). Fr. Charnley served in the Metropolitan Tribunal and as director of the Archdiocese of Detroit's permanent diaconate program (1982-87). After his retirement, he continued to assist at St. Kenneth.

“He was a very approachable and pastoral priest,” Fr. Belczak told Detroit Catholic. “He cared for the flock with great kindness and fidelity. Somebody said to me yesterday that he made the complex simple and understandable when he preached. He spoke from the heart, and he spoke based on his belief system and his faithfulness to God, and he connected with people. He was talking faith. He was talking about a relationship with God and a relationship with people.”

Fr. Belczak spoke fondly about his dear friend who served with him during his final days. Back in the 1980s, Fr. Belczak said he planted the idea with Fr. Charnley that when the older priest retired, he should serve as an assistant pastor wherever Fr. Belczak was assigned.

“When he decided to retire, he looked at me said, ‘Tommy, I'm going to retire, and I’m yours,’” Fr. Belczak recalled with a laugh. “We respected each other. We cared for each other and we complemented each other in many, many respects.”

Fr. Belczak said Fr. Charnley was relational in all aspects of his life. Because of a lifelong interest in sports and having been a great athlete himself, Fr. Charnley used sports to connect with the young people in the parish.

“I think he made the effort to make each high school or college student feel like the priest really cared," Fr. Belczak said. "That was his way of evangelizing. If there was a young man or young woman who went to church, and the priest acknowledged them and remembered them and call them by name, then they weren't going to church because mom and dad were forcing them. They came to church because Fr. George knew them and Fr. George loved them and Fr. George cared for them and felt that Fr. George was interested in them and wanted them to know that that he cared. And I think that was one of his great gifts.”

Fr. Charnley made the same effort with his brother priests, routinely hosting them for dinner and fellowship. Everywhere he went, Fr. Charnley was recognized and loved.

Fr. Belczak said a lesson one could learn from Fr. Charnley is to always reach out to others, never putting off a phone call or a chance to speak to a loved one.

“I don't think he had any regrets," Fr. Belczak added. "He had reached the fullness of his life when the Lord called the home.”

Donations in memory of Fr. Charnley can be made to the Capuchin Soup Kitchen, or St. Kenneth Parish’s Catholic Services Appeal. Online sympathy messages can be given at www.obriensullivanfuneralhome.com.