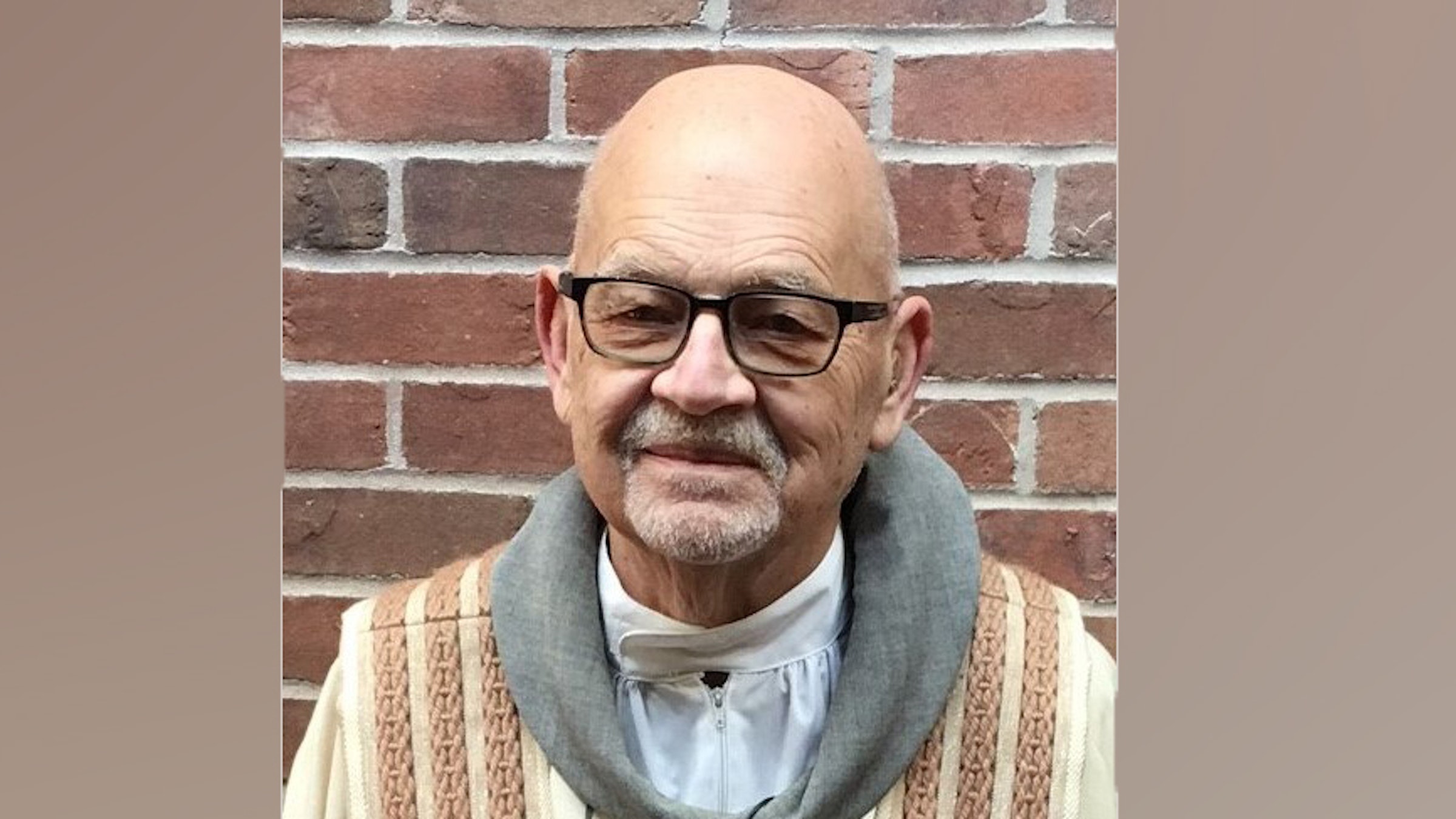 WASHINGTON TOWNSHIP — Fr. Ronald Sayes was a quiet, hard-working priest who laid the foundations for SS. John and Paul Parish in Washington Township.

An avid Lions fan, who saw the Honolulu Blue win last Sunday, Fr. Sayes was known for celebrating Mass in parishioners’ homes when welcoming them into the pioneering community.

“The parish will miss his quiet humor; he always plugged it in somewhere,” said Marica Capp, who worked with Fr. Sayes for 12 years as a bookkeeper and secretary at SS. Peter and Paul. “He really had a quick laughter, either during a homily or right after Mass. He always made time to greet people who were new to the parish.”

Ronald Edward Sayes was born March 23, 1932, in Detroit to Adam and Verna Sayes.

The future Fr. Sayes attended De La Salle High School in Detroit, graduating in 1949. After graduating from St. Mary’s College in Orchard Lake in 1953 with a bachelor’s in philosophy and from St. John’s Provincial Seminary in Plymouth with a master’s in theology, he was ordained by Cardinal Edward A. Mooney of Detroit on June 1, 1957, at the Cathedral of the Most Blessed Sacrament.

He stayed at St. Patrick until being transferred to St. James in Ferndale in 1975, serving there for three years.

In 1980, he was the founding pastor of SS. John and Paul Parish in Washington Township, navigating the 26 Mile Road Parish in its infancy, seeing the surrounding community grow from farmland to a sprawling bedroom community.

“It wasn’t until our fourth year that the church was actually built,” Capp said, recalling what it was like operating the new parish on a shoestring budget with Fr. Sayes staying at a farmhouse donated to the parish. “We had our religious education program at a local school every week, and he’d stop in to talk to the kids. When we first started, we had all of our religious education and meetings in public spaces, and he was always there, always involved in getting the church off the ground.”

In addition to being a helping hand in starting the parish ministries, Capp said, Fr. Sayes was a budget-conscious priest, always watching the dollars and cents being spent as the SS. John and Paul community started to grow.

“We didn’t have a gym or anything with activities or things like that until the past few years,” Capp said. “We were pretty basic with what we had; everything being done by volunteers. We really did everything on a shoestring budget, and he was so great with getting people to pitch in.”

Fr. Sayes was a big Detroit Lions fan and was able to see the Lions’ last-second, 30-27 victory over Washington before he died. Capp recalled the last Sunday morning Mass always seemed shorter during the Lions season, as Fr. Sayes made an effort to go to as many games as possible.

“He wasn’t as much a dynamic person as he was a good person, a down-to-earth person who wasn’t afraid of being ordinary or afraid of hard work,” Capp said. “When we first got to the parish, he invited people to have Mass in their home, and they would then have him over for dinner. He was really big with that, in building the parish community from scratch.”

Fr. Sayes achieved senior priest status in 2001, moving back to SS. John and Paul to be a priest in residence at the parish he helped build.

Fr. Sayes’ funeral took place Nov. 19 at SS. John and Paul Parish in Washington Township, and he is buried at Resurrection Cemetery in Clinton Township.