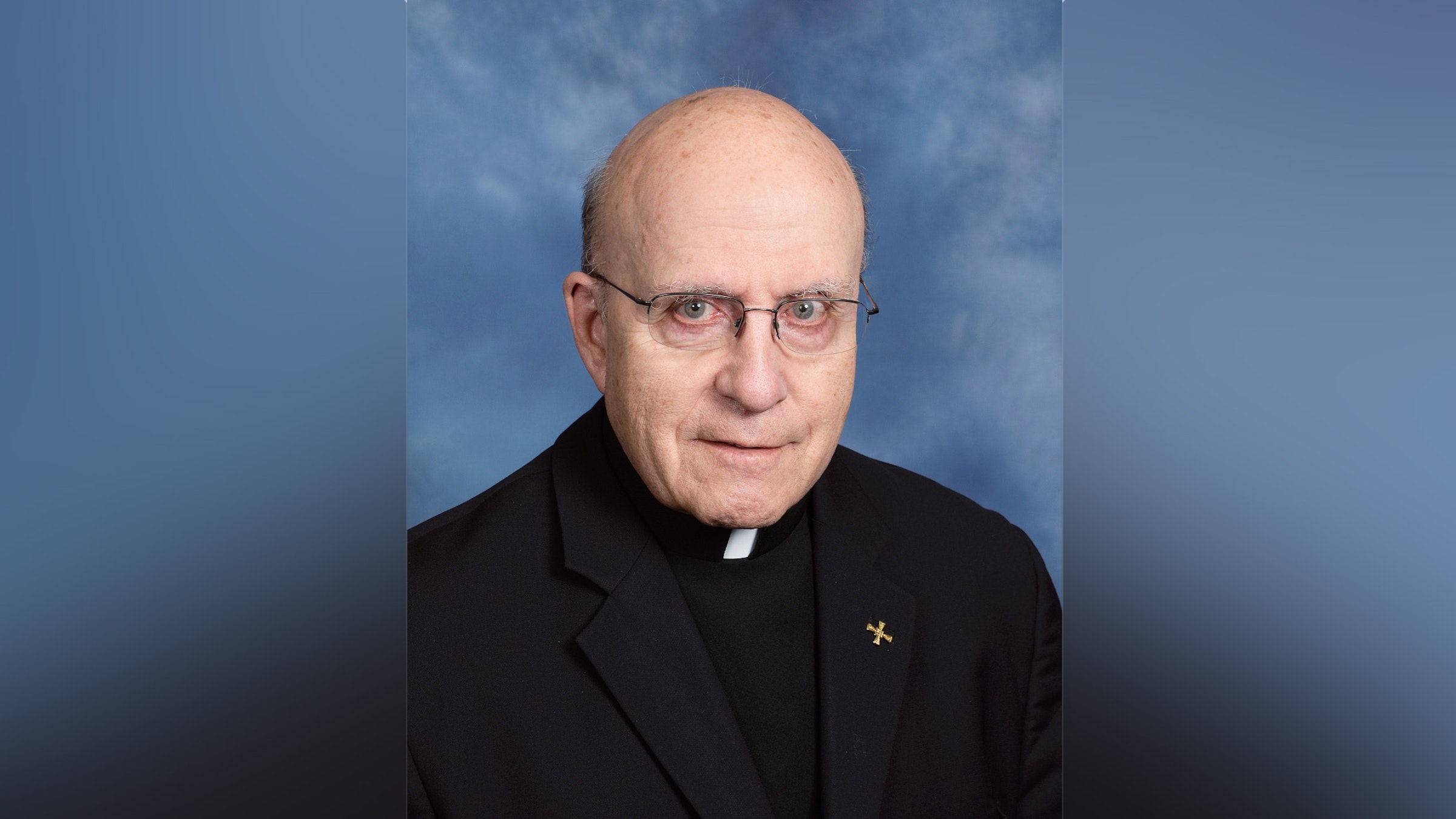 BELLEVILLE — Fr. Thomas Cusick had a quiet, prayerful demeanor that focused on the individual needs of parishioners and the life of his parish.

The longtime pastor of St. Anthony Parish in Belleville tried to stay out of the spotlight while caring for the needs of others rather than his own well-being, those who knew him best said.

Terrence Taylor studied in seminary with Fr. Cusick and worked as the St. Anthony Parish administrator and pastoral associate from 1990 until 2018. Taylor described Fr. Cusick as “Silent Tom,” a man who was patient with others, a resolver of conflicts and one who was invested in the liturgy and music.

“He was a quiet, kind, gentle spirit,” Taylor told Detroit Catholic. “He was generous with his time and his possessions and was a pleasure to work with. He was very responsive to the needs of others. He saw his special strength in ministering to the sick and the dying and the suffering. Probably above all, he was a man of prayer.”

Thomas Howe Cusick was born to Dr. Paul and Mary Jane Cusick in Rochester on Aug. 20, 1938.

He studied at Sacred Heart Seminary in Detroit, earning a Bachelor of Arts degree in theology in 1960, and at St. John’s Provincial Seminary in Plymouth, earning a Master of Divinity in 1964. Fr. Cusick was ordained for the Archdiocese of Detroit by Cardinal John F. Dearden on June 6, 1964.

Fr. Cusick served associate pastoral assignments at Epiphany (1964-73) and St. Christopher (1973-77) parishes in Detroit, and St. Robert Bellarmine in Redford (1978-88), before being appointed pastor of St. Anthony Parish in Belleville in 1988. He also briefly served as administrator of St. Christopher (1977-78).

Fr. Cusick completed an internship in spiritual direction at Colombiere Retreat Center in Clarkston in 1988.

Taylor had a longtime friendship with Fr. Cusick and joined him at St. Anthony in 1990, where Taylor said Fr. Cusick welcomed people to his parish with calming presence and “deadpan Irish sense of humor.”

“His biggest impact at the parish was the fact he was so concerned with individuals,” Taylor said. “He was very invested in liturgy, in music and those kinds of things. He tried very hard, I think, always to pull people together. He was a good man, but very, very quiet. That was his hallmark.”

Fr. Cusick’s funeral was Jan. 7 at the Cathedral of the Most Blessed Sacrament in Detroit, with Fr. Jack Fabian delivering the homily.

Later in Fr. Cusick’s priesthood, he had to battle Parkinson’s disease, which caused him to request for senior status in 2018.

Taylor said Fr. Cusick was always quiet, but Parkinson’s made him go from “silent to being more silent.”

“He often spoke of the effect his Parkinson’s had on him,” Taylor said. “He talked about the fact that he was trapped in his own body, his own mind. He had years and years of memories and relationships that he treasured, but could no longer bring forward.”

Fr. Cusick was buried at Holy Sepulchre Cemetery in Southfield. He is predeceased by his parents, Dr. Paul and Mary Jane; and his brother, Paul. He is survived by his brother Charles (Nancy), and many nieces and nephews.