Frequent flyer: For Notre Dame Prep junior, the sky is literally the limit 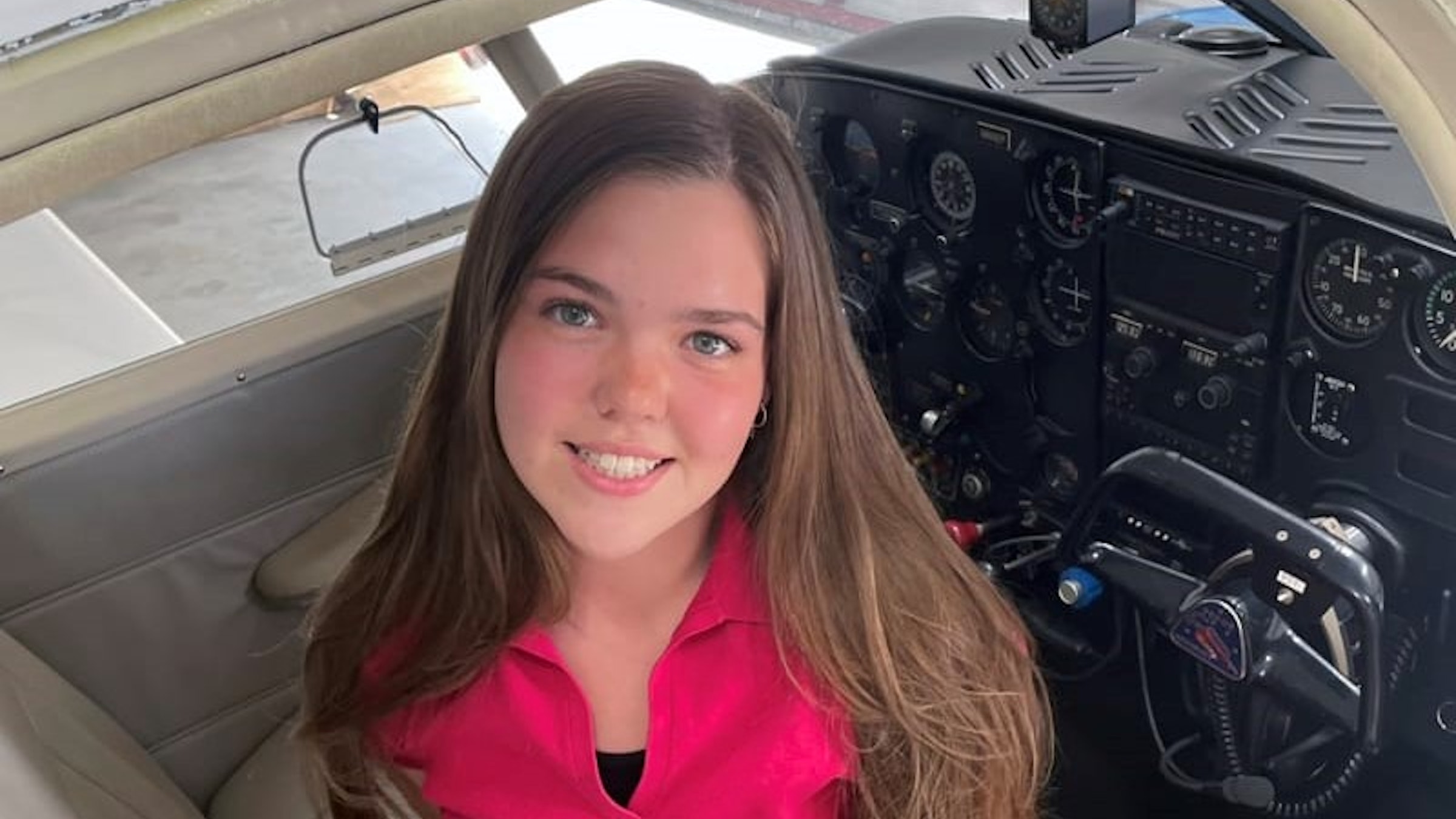 Notre Dame Preparatory rising junior Alexis Kuyoth is getting closer to becoming a licensed pilot. The 16-year-old has wanted to learn how to fly since she was young, and recently received a $10,000 scholarship from the Aircraft Owners and Pilots Association Foundation. (Photos courtesy of Notre Dame Preparatory)

16-year-old Alexis Kuyoth receives $10,000 scholarship to pursue her dream of becoming a licensed pilot, loves the ‘total freedom’ of flying

PONTIAC — In early July, Notre Dame Prep rising junior Alexis Kuyoth, 16, completed her first solo flight as a pilot of a small airplane. It was just another step in her lifelong quest to get a full pilot’s license by the time she’s 17.

About a month and a half ago, the Lake Orion resident got some big help in that quest when she received a $10,000 flight training scholarship from the Aircraft Owners and Pilots Association Foundation.

“My family and I have been members of the AOPA for decades and have known about this scholarship for a while,” Kuyoth said. “This year, since I was old enough to start flying lessons, I decided to apply for the AOPA Flight Training Scholarship, sponsored by the Ray Foundation. AOPA said they were looking for excellent students with a passion for aviation along with a record of volunteer work within the aviation community. When I found out that I was getting this scholarship, I was more than elated. I plan to use the money to finish the flight training I’ve already begun.”

AOPA Foundation executive director Melissa Rudinger said her organization was thrilled to be able to make such a difference to those interested in flying.

“High schoolers like Alexis are able to get an early start in aviation; aviation teachers can gain a better understanding of the material they teach by learning to fly; others can continue their primary training; and already certificated pilots can work on higher ratings and certificates,” Rudinger said.

For Kuyoth, though, whose sister, Audrey, is a rising sophomore at Notre Dame Prep, her “early start” in flying airplanes began a long time ago.

“Ever since I was six weeks old, I think I was well on my way to becoming the fourth-generation pilot in my family,” she said. “Even though I’ve been surrounded by aviation my whole life, the main reason I decided to officially start my own flight lessons was to obtain the total freedom and convenience that flying offers.”

She noted, for example, that a trip most people make by car in a weekend only takes a day in her Piper Comanche 260.

“From the moment of rotation when the wheels lift off the runway, I am in complete control of the aircraft and the liberating feeling I get from takeoff never goes away, even after thousands of takeoffs,” said Kuyoth, who attended St. Joseph Catholic School in Lake Orion.

Kuyoth is taking her takeoff and flying lessons at the Romeo State Airport in Ray Township, but her family’s plane is located at Oakland County International Airport in Waterford.

“At Romeo, for my lessons I fly a Cessna 172 and I currently have more than 20 flight hours in that plane,” she said. “I love everything about each lesson, even the ‘boring’ bookwork. One of the best things I’ve experienced so far is doing an in-flight stall and spin recovery. My instructor, Carl Harris, is amazing and encourages me to figure out difficult situations on my own. I have learned a lot from flying, including how to read weather reports, analyze engines and make quick decisions.”

Nicole Kuyoth, Alexis’ mother, confirmed that her daughter has had the flying bug seemingly forever.

“Alexis has always wanted to become a private pilot and has put in a lot of time and dedication in order to achieve that goal,” Nicole said. “She’s now achieved the goal of soloing at the age of 16 and will continue working on her full pilot’s license by the time she’s 17. Alexis chose to apply for the scholarship since she’s so passionate about aviation and met all of the requirements. We couldn’t be prouder of Alexis and all her achievements.”

“I love Notre Dame and everything it has to offer,” she said. “I love the greenhouse and the science classes. I love the athletic communities, especially the ski team, and I have been very welcomed into anything new that I’ve tried at NDP. I’m also on student council and I’m a peer leader because I definitely love being a voice for the school any way I can.”

Nicole Kuyoth agrees with her daughter’s assessment of her high school.

“We’ve been blessed to send both of our daughters to Catholic school their entire lives,” Nicole said. “We loved St. Joseph School and have come to love Notre Dame as well. Alexis has excelled academically and is a member of the National Honor Society. She gives everything she does 110 percent and sets goals she knows she can achieve.”

This article was first published on the website of Notre Dame Preparatory in Pontiac. Mike Kelly is director of marketing for the school.