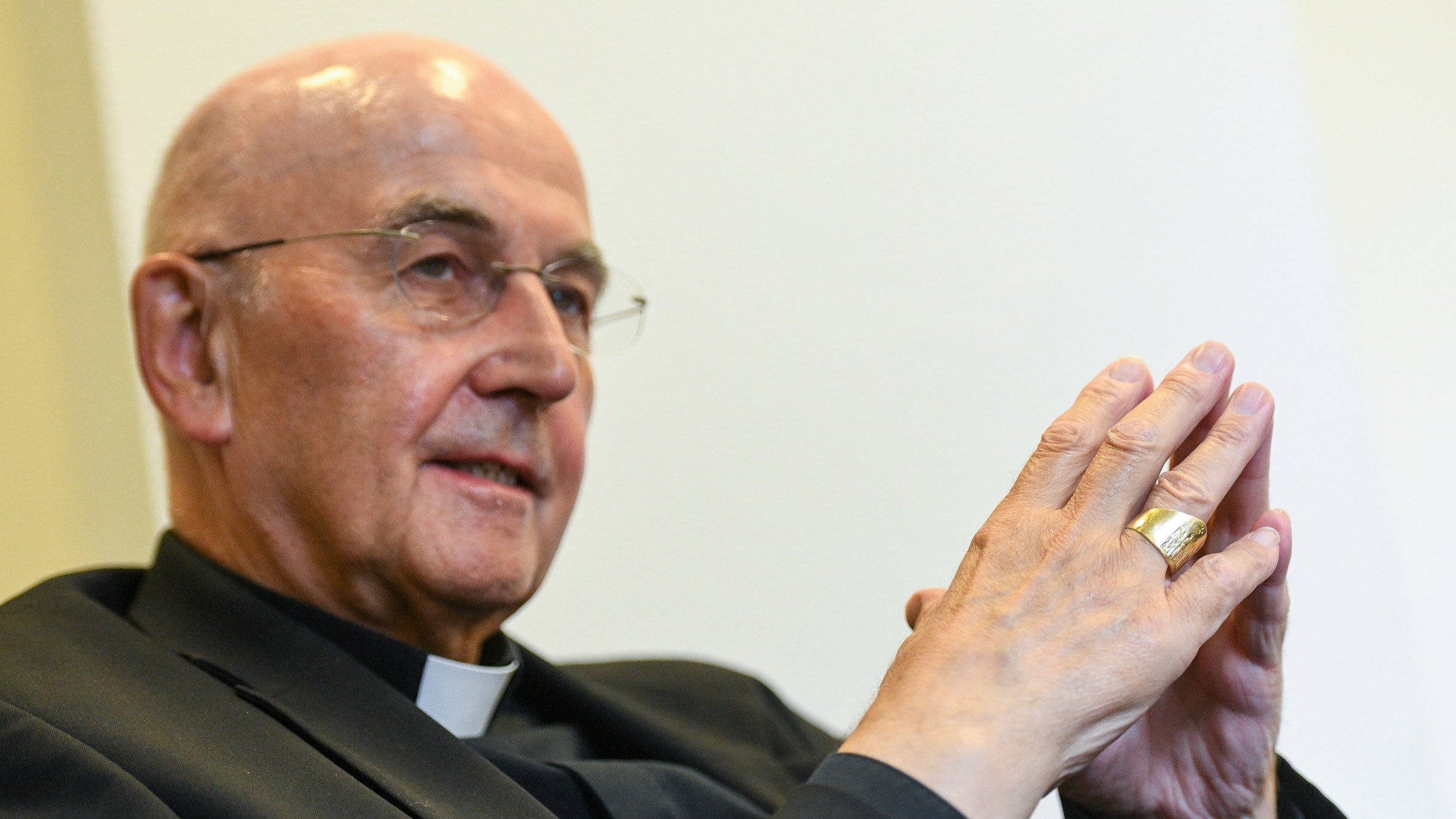 Bishop Felix Genn of Münster, Germany, is pictured during an interview in Cologne July 7, 2021. Bishop Genn, who co-chairs the Synodal Path's forum on priests, said he is skeptical about exempting Catholic priests from celibacy. (CNS photo/Harald Oppitz, KNA)

OSNABRÜCK, Germany (CNS) ─ A German bishop who co-chairs the Synodal Path's forum on priests said he is "skeptical" about exempting Catholic priests from celibacy.

Bishop Felix Genn of Münster said he accepted that people were deciding not to become priests because they did not feel called to celibacy, adding: "Perhaps they will then choose another profession in the church."

The bishop spoke in an interview with the Bistumspresse publishing group in Osnabrück. His remarks were then reported by the German Catholic news agency KNA.

"As a bishop, I also see my responsibility to the universal church," Bishop Genn said in the interview.

He also expressed doubts about whether the forum would come to a clear position on celibacy. He said there was likely to be disagreement on whether it should be voluntary or compulsory.

The bishop called for a change in the status of priests, saying that they must, under no circumstances, continue to always have the final say. Church ministers must not be seen as untouchable, "as people where it seems inconceivable that they could also commit massive mistakes and even crimes."

Stephan Buttgereit, secretary-general of the Catholic Association for Social Services and co-chair of the Synodal Path forum on "Priestly Existence Today," said laypeople were also to blame for this exaltation. When a bishop visited parishes, he said, it was like the comic book characters Asterix and Obelix.

"The chieftain is carried on top of the shield, but there are people below him who lift him up; they could also just let him walk," Buttgereit said.

He said it would be disastrous if the issue of celibacy were blocked in the forum, where clerics have a majority. He said it was important not to "jump too short" but also not to completely reject celibacy, either. He added that the debate should also focus on what it takes to be able to live celibacy well.

The German bishops and a national council of laity designed the Synodal Path to discuss issues of power, sexual morality, priestly life and the role of women in the church.

The pandemic disrupted the schedule of the Synodal Path, which began in December 2019 and was scheduled to run for two years. The aim is to restore trust in the church lost in the clergy abuse scandal after the German bishops' conference released a study that revealed an estimated 3,700 cases of sexual abuse reported in the German church from 1946 to 2014.