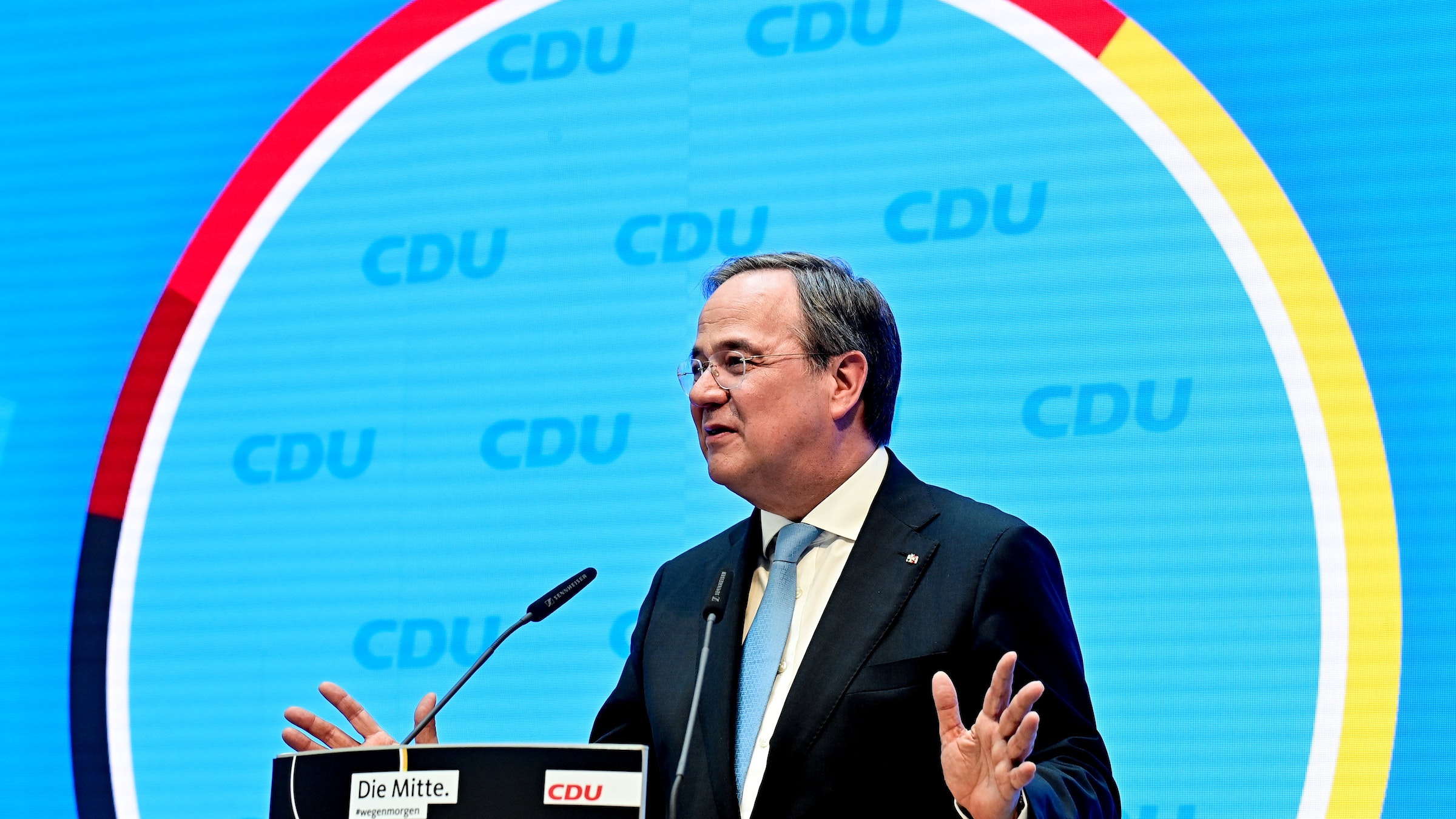 But in the latest polls, Laschet and his party have taken a sharp drop and are now lagging behind the Social Democratic Party, the current junior coalition party in Merkel's government. The Sept. 26 election remains wide open.

If Laschet wins, Germany would have its first Catholic chancellor since Helmut Kohl's 16-year term ended in 1998.

Laschet ─ currently the governor of North Rhine-Westphalia, Germany's most populous state ─ is a former member of the General Assembly of the Central Committee of German Catholics and the former editor of a Catholic newspaper, KirchenZeitung, in Aachen.

In June, Der Spiegel, the weekly magazine, wrote: "Laschet is a Catholic, he talks about it, he professes it. The CDU candidate for chancellor is not just a member of the Catholic Church. He is deeply rooted in it."

More than most German politicians in an increasingly secular society, he has, over the years, often spoken about his Catholic faith and what it means for him in daily life.

"My political decisions are based on the Christian vision (understanding) of man," Laschet has said.

Last October, Laschet had his third private audience with Pope Francis at the Vatican. He said they spoke about the pope's encyclical, "Fratelli Tutti," and about the German refugee policy. Afterward, Laschet met with Cardinal Pietro Parolin, the Vatican secretary of state.

In late August, North Rhine-Westphalia announced its intention to provide 1,000 refugee placements specifically for Afghan women. On Aug. 23, Laschet personally welcomed Afghan women's rights activist Zarifa Ghafari to his state and the city of Düsseldorf. After the meeting, Laschet called her "one of the most committed women in Afghanistan."

Laschet grew up in the predominantly Catholic area of Aachen, literally on the border of the Netherlands and Belgium. He and is seen as a Rhineland Catholic ─ a type of Catholicism closely linked to the Carnival rituals that takes place every year in towns and cities along the Rhine. Rhineland Catholics are seen as jovial people.

Living close to the border of two other European states meant that, from a young age, Laschet was pro-European Union. He served as a member of the European Parliament from 1999 to 2005.

In the Aachen suburb of Burtscheid, he went to Catholic primary and high schools. He was very active in his local parish, where he did youth work, was an altar server and sang in the church choir. The parish is also where he met his future wife, Susanne Malangré. According to several reports, as a teenager Laschet briefly considered becoming a priest, but then decided to study law. During his studies in Munich and Bonn, he was a member of two Catholic student fraternities.

But the former priest in his Burtscheid parish, Msgr. Heribert August, who has known Laschet since he was a teenager and officiated at his wedding, told Der Spiegel in April that although his faith has an influence on his life, Laschet is not as Catholic as he is made out to be in the media.

"As a young man, he was not someone who folded his hands all the time. He is more Christian than Catholic," Msgr. August told Der Spiegel.

"He has learned charity, fairness, loyalty. He has a religiously based composure, he has the strength to endure the complicated moments, and the trust in God that things will work out for the good."

He added that Laschet is not one to be "whiny or complaining" when there are problems. Shortly after, he stopped giving interviews at the request of Susanne Laschet.

Armin Laschet has faced some problems during the election campaign. One German commentator said he has a propensity for putting his foot in his mouth and has made mistakes from which he may not recover to gain the voter's trust in time for the election.

In mid-July, during the worst floods in a century in Germany, Laschet visited some of the affected areas of his state. He was seen on TV footage joking and laughing in the background while German President Frank-Walter Steinmeier addressed the media and aid workers. The result was an uproar on social media, and Laschet later apologized.

They gave four specific areas where the next government needed to take action: in social and labor market policy, technology and digital change, climate change and a refugee and asylum policy "oriented towards the dignity and the needs of people."

The statement did not endorse any candidate.