God does not disown his children, pope tells LGBT Catholics 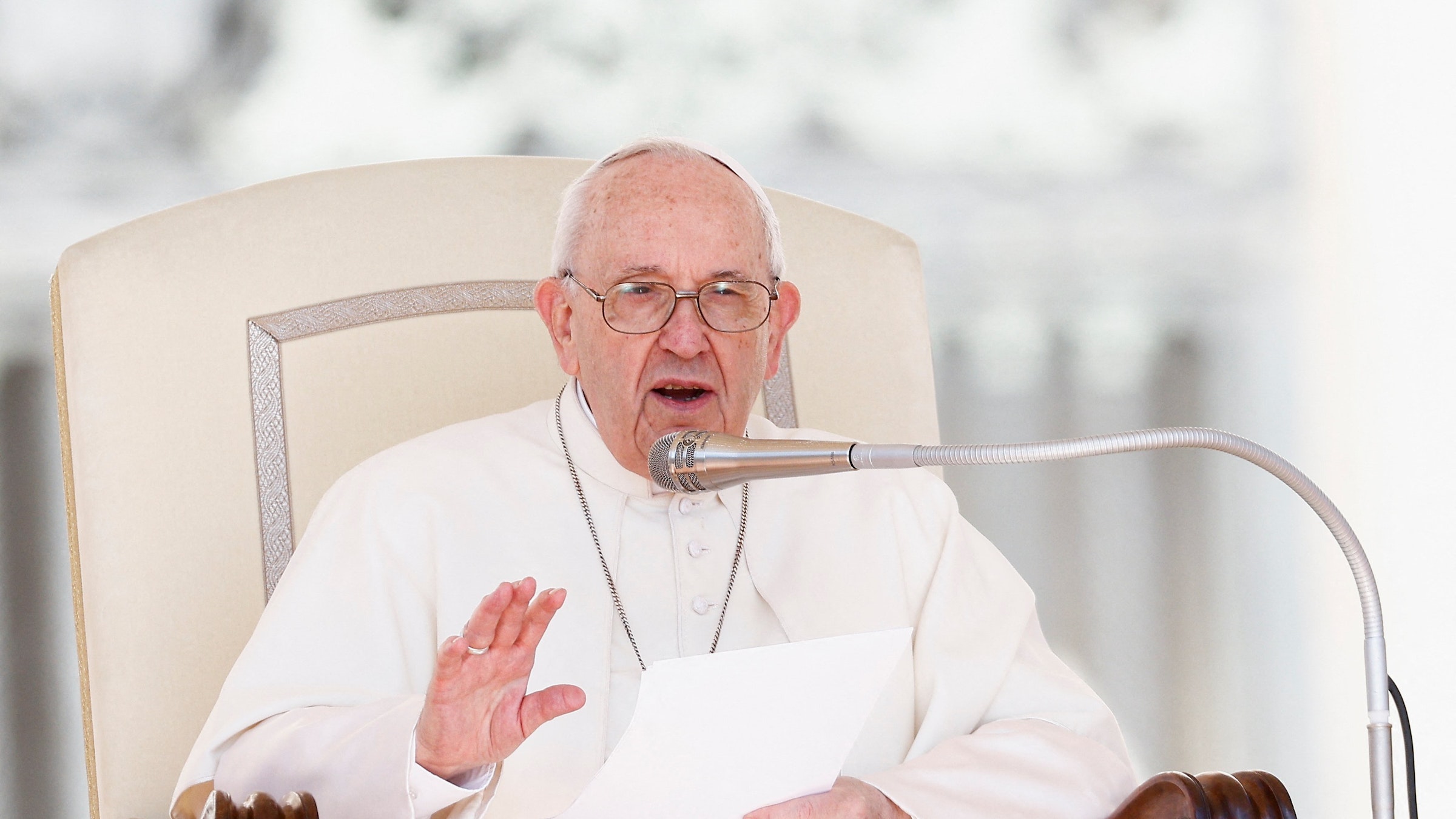 VATICAN CITY (CNS) – Pope Francis said he wants LGBT Catholics to know that God is a father who "does not disown any of his children."

The pope's comment was among the short answers to three questions posed in a letter by Jesuit Father James Martin, editor at large of America magazine and a driving force behind its new website, outreach.faith, which provides news and resources for LGBT Catholics, their families and the people who minister with them.

Pope Francis' letter, in Spanish, is dated May 8; it was posted on Outreach the next day. And Vatican Media also published a translation in Italian.

Fr. Martin asked the pope, "What do you say to an LGBT Catholic who has experienced rejection from the church?" 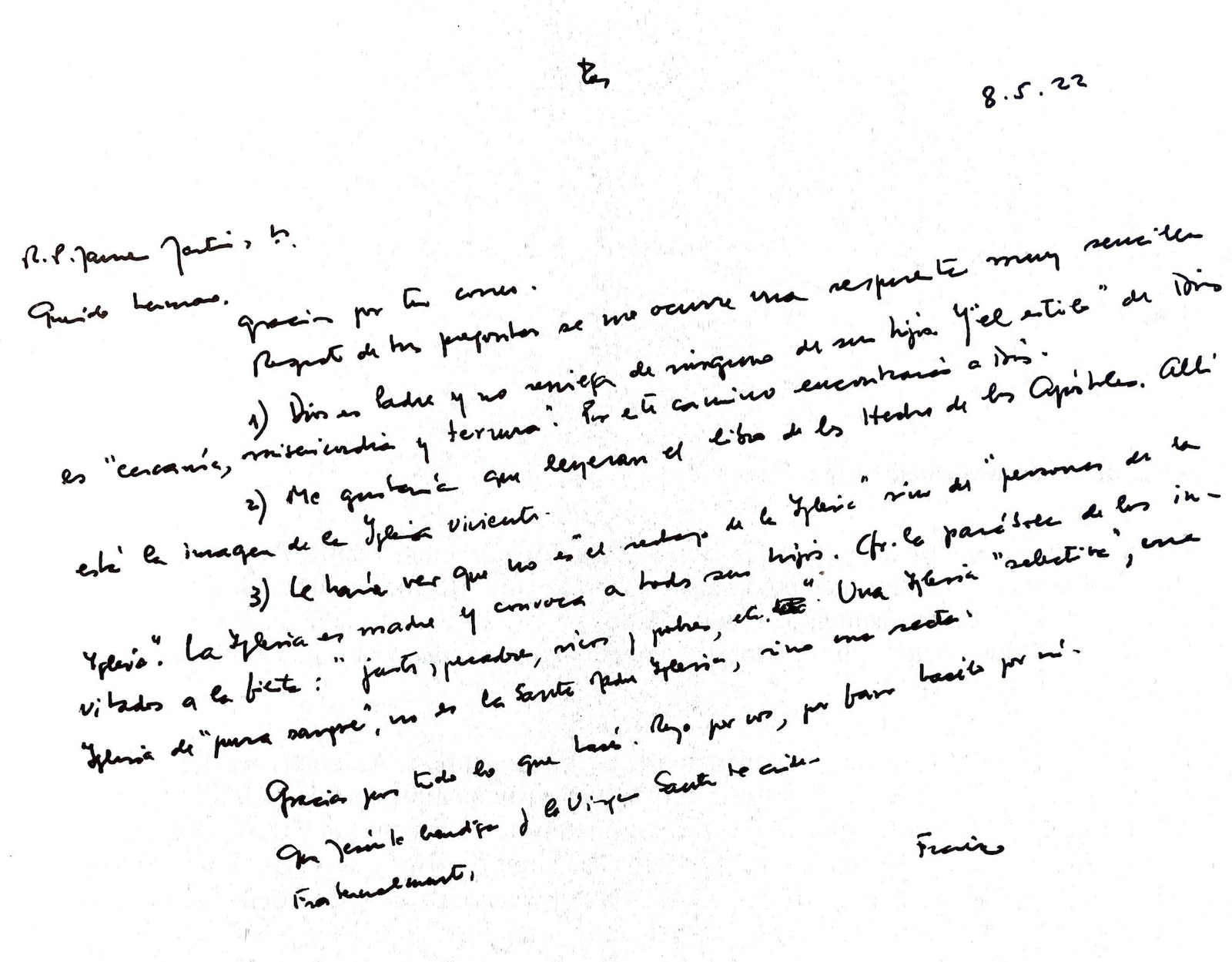 A May 8, 2022, handwritten letter from Pope Francis responds in Spanish to three questions posed by Jesuit Father James Martin about LGBT people and their relationship to God and the Catholic Church. (CNS photo/courtesy Father James Martin)

"I would have them recognize it not as the 'rejection of the church,' but instead 'of people in the church,'" the pope responded.

"The church is mother and calls together all of her children," he continued. "Take, for example, the parable of those invited to the feast: 'the just, the sinners, the rich and the poor, etc.'"

A church that is "selective" or makes some pretext about who is "pure," he said, "is not the Holy Mother Church, but rather a sect."

Asked what the most important thing LGBT people should know about God, Pope Francis responded, "God is Father, and he does not disown any of his children. And 'the style' of God is 'closeness, mercy and tenderness.' Along this path, you will find God."

Fr. Martin also asked the pope what he would like LGBT people to know about the church, to which the pope responded that they should read the Acts of the Apostles. "There they will find the image of the living church."