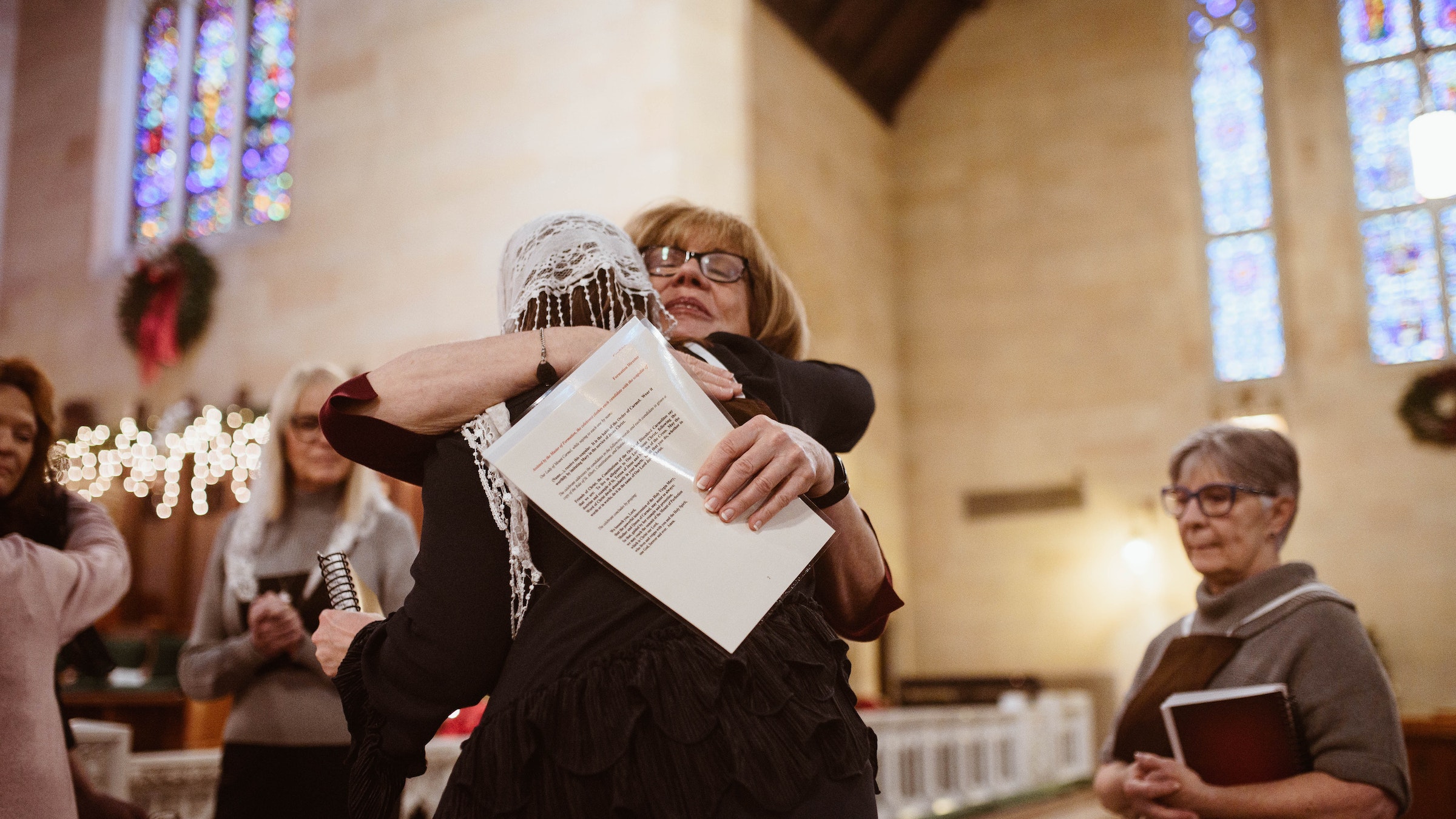 This article is the fourth in a four-part series about lay spirituality and third orders in the Archdiocese of Detroit. To learn more about a particular charism, email the contact included in the story. See previous articles on the Benedictine Oblates, Lay Dominicans and Secular Franciscans.

(NOTE: Because this series’ writer happens to be a Third Order Secular Discalced Carmelite, the writer has chosen to write it from a first–person perspective.)

DETROIT — I am a Third Order Secular Discalced Carmelite.

What does that mean, exactly? It means that I am a member of a Catholic community composed primarily of laypeople who are striving for evangelical perfection concerning chastity, poverty, obedience and of the Beatitudes. We follow in the footsteps of St. Teresa of Avila and St. John of the Cross and other Carmelite saints to pray contemplatively in order to grow in humility and detachment and in order to achieve union with God.

While this all sounds lofty and high-minded, we Third Order Secular Discalced Carmelites live our day-to-day lives much like everyone else: married or single, raising families, holding down jobs, etc. But we also strive for a deep friendship with Jesus Christ, continually pondering His life and teachings, much like Mary, our model, did during her earthly life.

Third Order Secular Discalced Carmelites are similar to other Catholic third orders, such as the Benedictines, the Franciscans, the Dominicans, and the Jesuits: Like them, we are full members of our Carmelite order (that is, we are not “playing at” being priests or nuns). We share in the Carmelite mission of praying primarily for priests and the conversion of sinners.

The Carmelite Order was founded as a community of hermits on Mount Carmel in the Holy Land. The community chose to live near the well of the biblical prophet Elijah, who, along with the Blessed Virgin Mary, is our patron. During the early 13th century, the hermits, upon their request, received a Rule of Life from St. Albert of Jerusalem, which is the basis for the Third Order’s Constitutions. The Rule consists of concrete steps to living lives of obedience, prayer, silence and poverty.

While monastic life, especially Carmelite life, was rigorous, over the years, many rules were relaxed. During the 16th century, St. Teresa of Avila and St. John of the Cross worked to restore the Carmelite Order’s original primitive state. (“Discalced” means “shoeless” — to recall the reformed version’s emphasis on poverty. However, we in the Third Order can and do wear footwear.)

Like most members of third orders, I was invited to enter Carmel by a very dear friend, who was a member. I had long been an admirer of St. Therese of Lisieux, and had read her “Story of a Soul” many times. I had at one time considered a vocation as a Carmelite nun, but instead became a wife and mother. When my friend told me about the third order, I was intrigued and planned to go to the next monthly meeting at Assumption Grotto Catholic Church in Detroit. (There are 16 Third Order Secular Discalced Carmelite communities across Michigan.)

The Assumption Grotto Community was founded in 1986 by Tom Reid and others. Reid, who long served the community as formation director and president, still leads classes for those in definitive promises, providing deep insights into St. John of the Cross.

“Carmel is a mobile force in every aspect of my life,” Reid said. “I see everything through the prism of Carmelite spirituality.”

I’m inclined to agree, having been hooked from the very first meeting, which was structured much as it is today: Meetings begin with Mass in the historic church, followed by the rosary and the morning office from the Liturgy of the Hours. The office is prayed in much the same way used in monastic communities: with each side of the church taking turns praying the verses from the psalms.

That process — moving from visitor status through aspirancy and temporary promises through to definitive promise — takes six years or more. Because the Carmelite life involves many demands, including morning, evening, and (if possible) night prayer from the Liturgy of the Hours; Mass (when possible); and at least 30 minutes of daily mental prayer, the formation process is one of the longest for third orders. While there is no requirement to do so, Carmelites generally also serve in some sort of ministry, such as catechists or liturgical ministers.

For many, myself included, the mental prayer time is the most challenging. Mental prayer is also known as “contemplative prayer” — a raising of one’s heart to God, rather than using vocal, pre-written prayers. It can be difficult to sit quietly, keeping one’s mind focused on God. Thankfully our Carmelite promises state that we agree to “strive” to do so; we don’t always succeed.

I made my definitive (or lifelong) promise in 2013, one month after passing the half-century mark. I think the Carmelite milestone was more significant to me than the age milestone. I consider my membership in the Carmelite order of singular importance, and I frequently call its monthly meetings “the reset button of my life.” Even my husband says I am renewed when I’ve gone to a meeting. I know I can tell when I miss a meeting or am overdue for attending.

Far more than “just another prayer group,” Carmelite spirituality has helped me to focus more on what’s really important — spiritual union with God.

For more information, contact any of the communities below:

Our Lady of the Paraclete, Mother of the Eucharist
St. Andrew the Apostle Catholic Church
Menchie Valenzuela | [email protected] | 734-834-3169