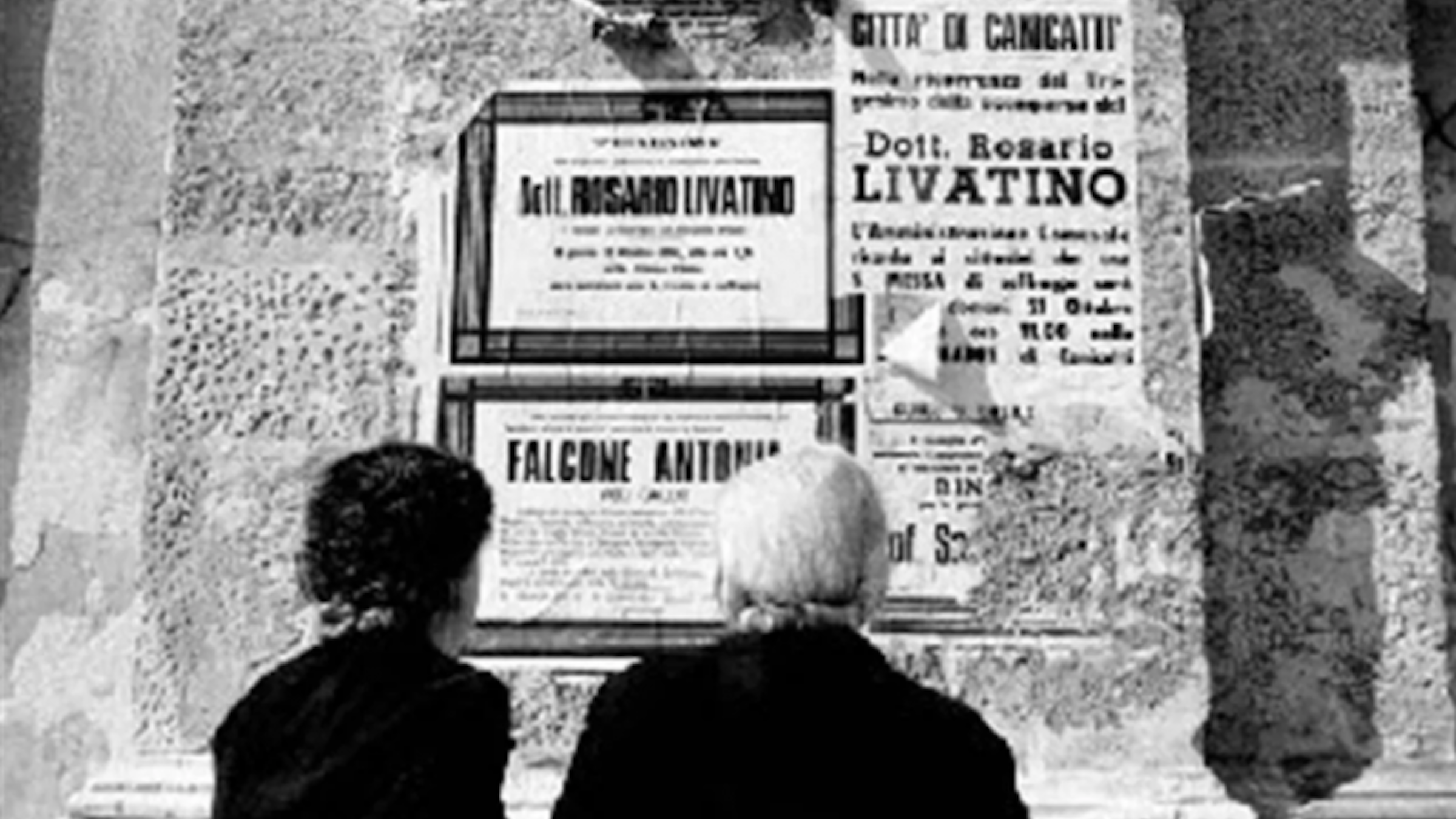 ROME (CNA) –– Soon-to-be Blessed Rosario Livatino was a Catholic judge brutally killed by the mafia in Sicily in 1990. Today his legal legacy lives on through the work of a center in Italy dedicated to issues of life, the family, and religious freedom.

The Rosario Livatino Study Center, founded in 2015, consists of a group of lawyers, judges, magistrates, and university professors inspired by the life and work of the young Catholic judge -- recently declared a martyr by Pope Francis --  who often spoke about the intersection between the law and faith.

Mauro Ronco, a former professor of criminal law at the University of Padua, serves as the president of the Livatino Study Center.

“The Rosario Livatino Study Center was established … expressly recalling the example of coherence between faith, ethics and law that the Sicilian magistrate gave to the point of sacrificing his life,” Ronco told ACI Stampa, CNA’s Italian language news partner.

“The purpose of the study center is the study, development and promotion of academic and legal studies concerning the right to life from conception to natural death and the family founded between one man and one woman within the framework of natural law,” he said.

The center is preparing to host an academic conference in June focused on “the health of the human person in the framework of his eternal destiny.”

The center also holds periodic workshops on topics such as euthanasia, conscientious objection, and constitutional reform.

Livatino worked as a prosecutor in Sicily dealing with the criminal activity of the mafia throughout the 1980s. He confronted what Italians later called the “Tangentopoli,” the corrupt system of mafia bribes and kickbacks given for public works contracts.

At the age of 37, he served as a judge at the Court of Agrigento.

He was driving unescorted toward the Agrigento courthouse when another car hit his vehicle, sending him off the road. He ran from the crashed vehicle into a field, but was shot in the back and then killed with more gunshots.

Today a plaque on the highway marks the spot where Livatino was killed. It reads: “Martyr of justice.” On Dec. 21, Pope Francis elevated this title when he recognized the judge as a martyr killed “in hatred of the faith.”

The pope’s official recognition of Livatino’s martyrdom cleared the way for his beatification, which is expected to take place in Agrigento in 2021.

Pope Francis met with the members of the Rosario Livatino Study Center at the Vatican in November 2019.

The pope said that Livatino “continues to be an example, above all for those who carry out the demanding and complicated judiciary work … and for all those who work in the field of law.”

He continued: “In a conference, referring to the question of euthanasia, and taking up the concerns that a lay parliamentarian of the time had about the introduction of an alleged right to euthanasia, [Livatino] made this observation: ‘If the believer’s opposition to this law is based on the conviction that human life [...] is a divine gift that man is not allowed to suffocate or interrupt, equally motivated is the opposition of the non-believer based on the conviction that life is protected by natural law, that no right positive can violate or contradict since it belongs to the sphere of ‘unavailable’ goods.’”

The pope recalled that after Livatino’s death, an annotation was found frequently written in the margins of his notes: “STD.” He said that it was soon discovered that the acronym attested to an act of total entrustment that Livatino frequently made to the will of God. The letters stood for “Sub Guardia Dei,” which means “Under the gaze of God.”

“Rosario Livatino left us all a shining example of how faith can be fully expressed in the service of the civil community and its laws; and how obedience to the Church can be combined with obedience to the State, in particular with the delicate and important ministry of enforcing and applying the law,” Pope Francis said.

Mauro Ronco recommended that young lawyers seeking wisdom from Livatino look to his speeches and writings, particularly a speech from 1986 in which the lawyer wrote about how “the purpose of the magistrate is to practice justice, not as an objective closed in on itself, but as a way to the greater purpose of love for God and all humanity, especially that which navigates in the shadows of crime, also capable of recovering from a life that is once again full and happy only if it escapes the poison of selfishness.”