How Catholics can speak up for more ethical vaccines 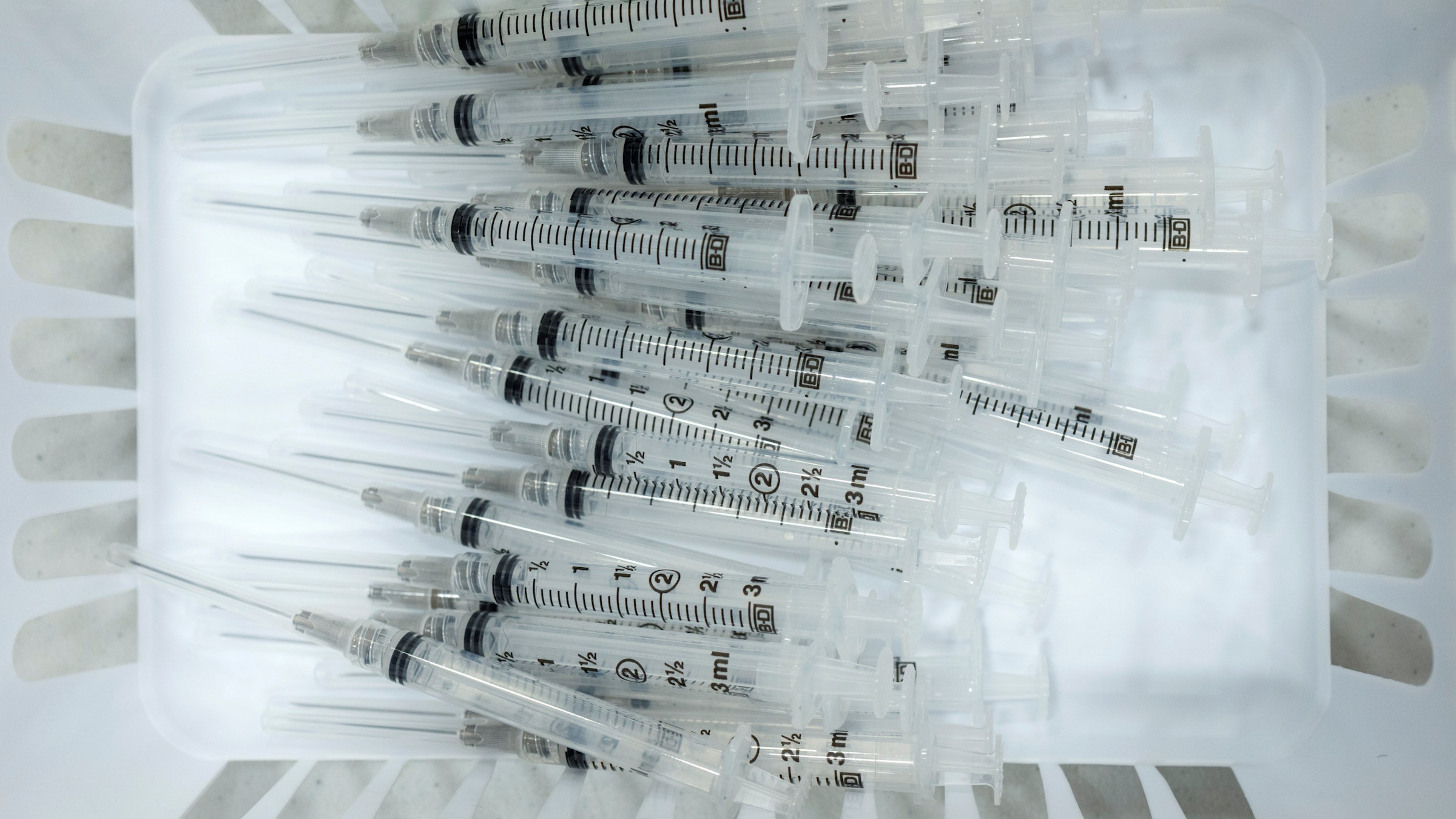 Syringes for the Pfizer-BioNTech COVID-19 vaccine are seen at a clinic in Collegeville, Pa., March 7, 2021. (CNS photo/Hannah Beier, Reuters)

WASHINGTON (CNA) -- A series of letter templates released by the U.S. Conference of Catholic Bishops (USCCB) allows Catholic to contact vaccine makers and ask them to stop relying on cell lines from aborted babies.

The letter templates, released in February by the USCCB, thank the companies for their work on vaccines for COVID-19 and other diseases, while asking them to avoid using cell lines from aborted babies in the future.

Fr. Kyle Ratuiste, a bioethicist in the Diocese of Spokane, explained that “taking practical steps to oppose the use of abortion-derived cell lines helps reinforce our personal conscience, especially if we ourselves have benefited from the vaccine.”

“While numerous ecclesial and moral authorities have indicated that Catholics may morally justify receiving these vaccines, a concern is that accepting these vaccines may cause people to become complacent toward the evil of abortion,” he told CNA. “We can guard against any implicit complacency or even acceptance of this evil, by engaging in the practical advocacy of writing protest letters and supporting ethical research.”

Ratuiste also encouraged Catholic to donate to research organizations that are pursuing ethical alternatives. He pointed to the John Paul II Medical Research Institute, which has worked for years to research alternatives to embryonic stem cells and is currently working to develop its own COVID-19 vaccine.

Concerns have been raised for months over the link between the new COVID-19 vaccines and cell lines derived from babies aborted in the 1970s.

The Pfizer-BioNTech and Moderna COVD-19 vaccines use a cell line derived from an aborted baby in their testing process, which is common in many contemporary pharmaceuticals, including a wide variety of over-the-counter medications.

The Johnson & Johnson one-shot vaccine has a stronger link to abortion-derived cell lines, which are used in its testing, development, and production.

In a March 2 statement, the U.S. Conference of Catholic Bishops (USCCB) echoed the Vatican in stating that it is “morally acceptable” to receive COVID-19 vaccines produced using cell lines from aborted fetuses when no alternative is available, but given equally safe and effective vaccine options, Catholics ought to choose a vaccine with a more remote connection to abortion, if possible.

“The Congregation for the Doctrine of the Faith has judged that ‘when ethically irreproachable Covid-19 vaccines are not available…it is morally acceptable to receive Covid-19 vaccines that have used cell lines from aborted fetuses in their research and production process,’” the bishops wrote.

The statement was signed by Bishop Kevin Rhoades of Fort Wayne-South Bend and Archbishop Joseph Naumann of Kansas City in Kansas, who head the USCCB committees on doctrine and pro-life activities, respectively.

The Vatican’s Pontifical Academy for Life has said that Catholics should advocate for ethically-produced vaccines which do not use cell lines of aborted babies.

The USCCB sample letters allow Catholics and other pro-life advocates to do that. In addition to companies that have produced COVID-19 vaccines, it includes templates for companies that make childhood vaccines involving cell lines from aborted babies.

Bonnie Toombs, director of the Office of Respect Life and Social Justice for the Diocese of Wichita, told CNA that the diocese has been taking part in the campaign for about three weeks.

“Response has been very good so far,” she said. “We used the sample letters provided by the USCCB Pro-Life office and let people know they can add to or change as they see fit. We are trying to make it easier for people to participate by printing the letters if requested for individuals or groups, and I know several of our parishes are doing so as well.”

Toombs said it “is important to advocate to pharmaceutical companies and the government for the ethical development, production, testing and distribution of all vaccines and medicines.”

“This has been an issue for many years, and now with so much highlight on vaccines, this is a great time to be strong voices for ethical options,” she added.

The Archdiocese of San Francisco is also taking part in the letter-writing campaign.

Valerie Schmalz, director of the Office of Human Life & Dignity for the Archdiocese of San Francisco, told CNA that a letter about the campaign was sent out to all priests in the archdiocese for the Feast of the Annunciations. In addition, a video was sent out in the weekly Flocknote message, with Archbishop Salvatore Cordileone encouraging people to participate.

“[I]t is important to continue to protest the use of cell lines derived from aborted babies, no matter how distant in the past,” Schmalz said.