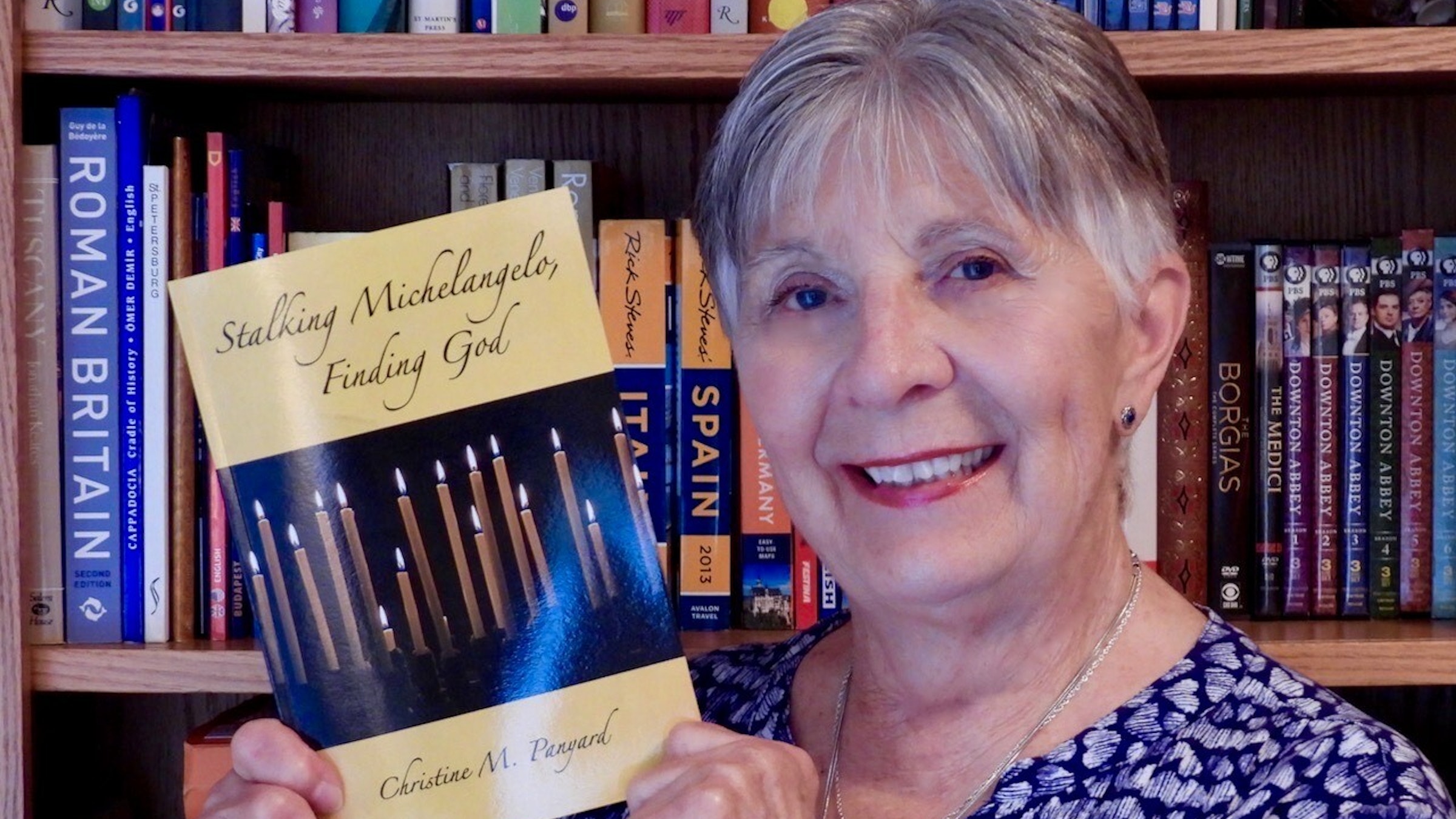 Christine Panyard, a retired psychologist of 43 years and parishioner of the Church of the Divine Child in Dearborn, holds a copy of her latest book, "Stalking Michelangelo, Finding God" (Wipf and Stock Publishers, 2022), in which she describes her re-conversion to the faith through studying the great works of Renaissance art. (Courtesy photo)

DEARBORN — For centuries, Renaissance art has captivated and penetrated many hearts and souls.

Christine Panyard, a retired psychologist of 43 years and a parishioner at the Church of the Divine Child in Dearborn, is no stranger to the transformative effects religious art can have on the soul.

In her new book, Stalking Michelangelo, Finding God (Wipf and Stock Publishers, 2022), Panyard shows how the truth, goodness and beauty vividly present in these sculptures and paintings, which depict God and the grandeur of His creation, transformed her from a “very lapsed” Catholic to one on fire for her faith.

Feeling called by the Holy Spirit to share her spiritual journey with others, Panyard wrote Stalking Michelangelo and included in her book her award-winning photographs of Renaissance art from all over the world.

For her, it all began with Michelangelo.

“I’ve always loved travel and history and became fascinated, probably obsessed, with Renaissance art and especially Michelangelo,” Panyard, 75, told Detroit Catholic. “I read everything I could get my hands on and traveled all over the world in an attempt to understand his work and the roots of his greatness.” 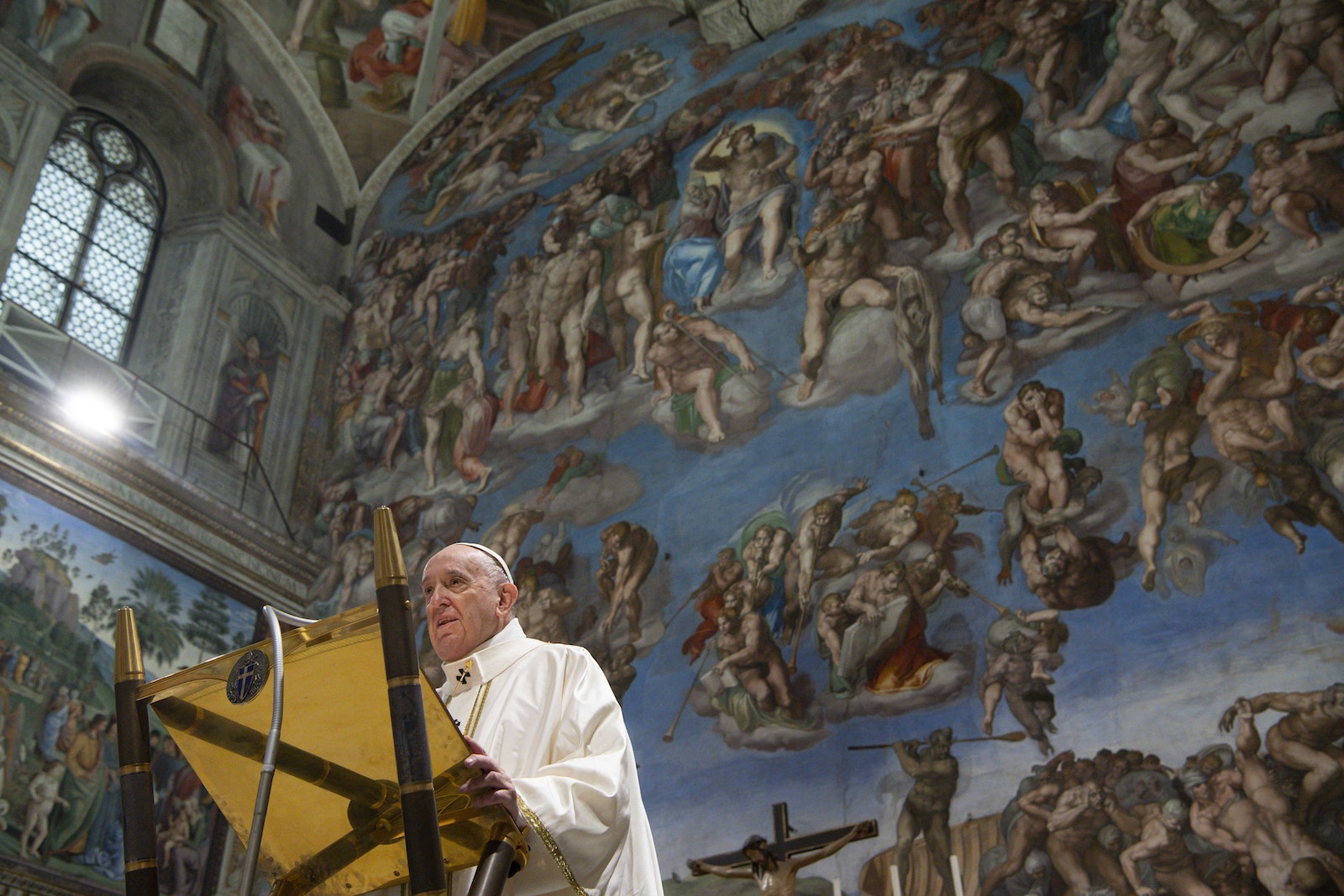 Pope Francis gives a homily in front of Michelangelo's fresco of the "Last Judgment" as he celebrates Mass marking the feast of the Baptism of the Lord in the Sistine Chapel at the Vatican on Jan. 9, 2022. (CNS photo/Vatican Media)

Panyard explained that, as a psychologist, she studied personality and intelligence levels. She was curious and wanted to know “what made this genius tick.”

This would lead her to encounter Christ through a medium in which she never encountered him before: art.

“I was impressed by the grandeur of [Michelengelo’s] work,” Panyard said. “He created the most impressive building in Rome, St. Peter’s Basilica, the most beautiful statue in the world, the Rome Pieta, and the most glorious frescoes ever seen, the ceiling and altar wall of the Sistine Chapel.”

While gazing at Michelangelo’s masterpieces, Panyard realized she could not truly understand Michelangelo’s genius unless she understood the biblical stories and themes present not only in Michelangelo’s art, but also in many other Renaissance artists’ works.

“When I began my study, I didn’t understand many of the stories depicted in Renaissance art, so I started reading the Bible to be able to make sense of the paintings and sculptures,” Panyard explained.

As a result, she not only began studying Scripture but also spent countless hours in front of the Blessed Sacrament.

While some Renaissance art is on display in museums, Panyard explained that a majority can be found in churches, such as the Sistine Chapel and St. Peter’s Basilica. It was while in these churches, in front of the Blessed Sacrament, that Panyard first began to feel God’s grace working on her soul.

“What I noticed were what I called weird, crazy, bizarre, strange, psychotic experiences,” Panyard said. “I would go into churches and the organist would begin to play or monks would start chanting. I would get to sites in time to see an ordination, the anniversary celebration for a cardinal or even Pope Benedict celebrating a Mass to canonize a group of saints.” 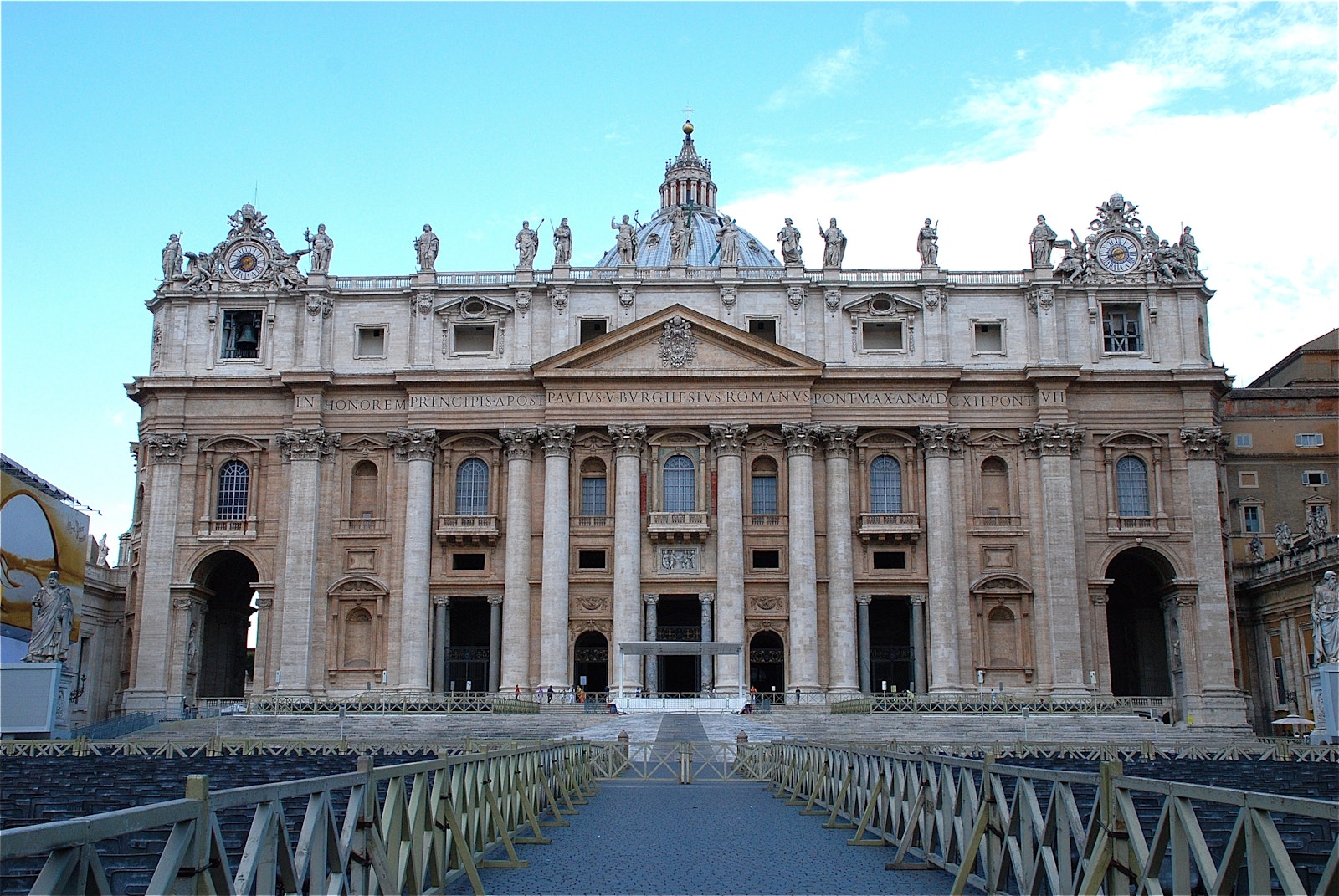 A photograph of St. Peter's Basilica that appears in Panyard's book. Unlike secular art, religious cathedrals, sculptures and paintings had a way of lifting Panyard's soul to God, she says. (Courtesy of Christine Panyard)

When she was in a museum, Panyard said she never felt similar experiences.

She attributes the difference to the presence of Jesus, present Body, Blood, Soul and Divinity in the Eucharist. “I believe that the power of the Blessed Sacrament changed me and brought me back to church,” Panyard said.

“I started to notice that I was praying more. At first just a Sign of the Cross when I entered a church or a short prayer before the tomb of someone from that era I admired. Then, I started showing up just as a rosary or Mass was starting,” Panyard explained.

“Slowly, without me noticing, I was transformed from being a very lapsed Catholic to a member of a Secular Discalced Carmelite community,” Panyard said.

Panyard hopes to make her definitive promises in the Secular Discalced Carmelite Community at Assumption of the Blessed Virgin Mary (Grotto) Parish in Detroit in January 2024 after recently making her temporary promises in January 2021.

In her new book, Panyard explains her spiritual journey using the metaphor of a gothic cathedral.

“Gothic cathedrals usually have a large square in front of the church. It is usually surrounded by businesses and was the center of activity in the town,” she writes. “For many years I lived outside the church spending my life in professional and social pursuits. I wandered around like a pilgrim might wander around outside a cathedral trying to understand what the buttresses, gargoyles and sculptural programs meant.

“I finally went inside to study art,” she continues. “I walked around inside and developed an understand[ing] of baptismal and holy water fonts as places of purification, confessionals as places of reconciliation, art as illustrations of the basis of our faith, and finally to the altar the place of sacrifice and redemption.”.

Thanks to her re-conversion, Panyard says, “I no longer focus on pain and perversion as I did as a psychologist, but focus on beauty and spirit.”

Stalking Michelangelo is Christine Panyard's second book, following The Sistine Chapel: A Biblical Tour (Paulist Press), which she wrote in 2013. It can be purchased in paperback, hardcover or e-book on Amazon.com or on Wipf and Stock Publishers' website.