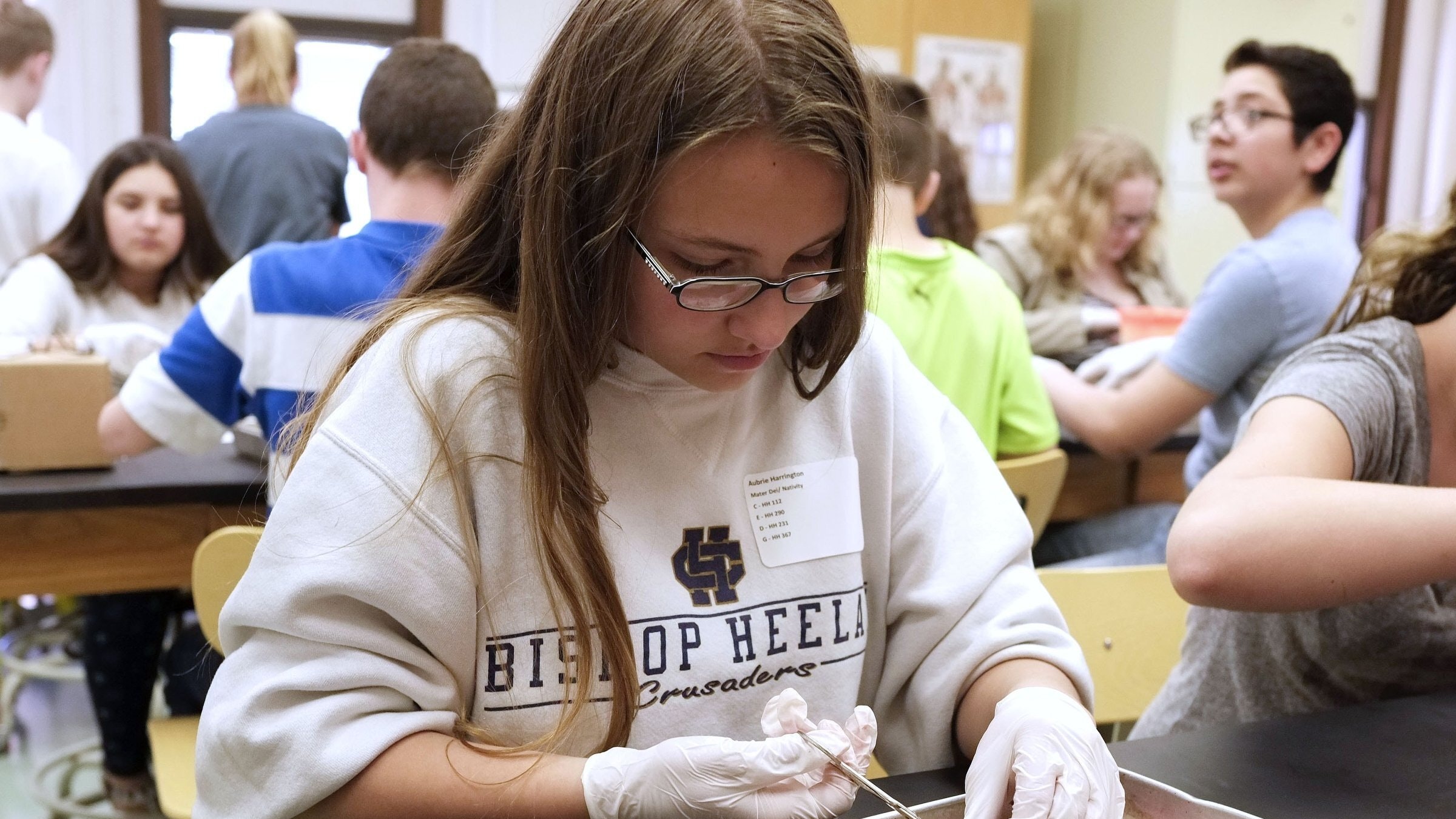 (OSV News) ─ A new law passed swiftly by the Iowa Legislature on Jan. 24 gives more families the opportunity to choose between sending their children to private or public schools in Iowa, beginning with the next school year, 2023-24.

"I am thrilled that both the Iowa House and the Iowa Senate have passed the Students First Act and I look forward to signing it into law later today," Gov. Kim Reynolds said in a Jan. 24 statement. "For the first time, we will fund students instead of a system, a decisive step in ensuring that every child in Iowa can receive the best education possible. Parents, not the government, can now choose the education setting best suited to their child regardless of their income or zip code. With this bill, Iowa has affirmed that educational freedom belongs to all, not just those who can afford it."

"It's an exciting time for parents, who now have some flexibility to determine where their children go to school," Lynne Devaney, superintendent of schools for the Diocese of Davenport, told The Catholic Messenger. "We're just beginning to understand the accountability for the dollars being allocated and we're thankful to the state of Iowa for its support."

The bill has been a top priority of Gov. Kim Reynolds, who reintroduced it this year after an earlier version failed last year. Republicans, who control the House and Senate, supported the bill. A public hearing held Jan. 17 attracted both supporters and opponents of the measure, which has an estimated cost of $341 million annually.

Parents who choose to send their children to an accredited private school will receive $7,598 per student through an ESA (Educational Savings Account) allocated by the state for use of qualified tuition, fees and other expenses under the bill. Currently, the state provides the same amount, $7,598, to public school districts for each child attending a public school in their district, according to the Iowa Catholic Conference.

If tuition is less than the ESA, "those extra funds will remain in the ESA and roll over into the next year. Anything extra left when the student graduates from high school reverts back to the state general fund," said Trish Wilger, executive director of Iowa Alliance for Choice in Education and Iowa Advocates for Choice in Education. In addition, public schools will retain $1,205 for each student residing in their district. "This funding will help public schools cover fixed costs."

Today, approximately 34,000 students, just 6% of all K-12 students statewide, attend an accredited private school, Gov. Reynolds pointed out in her letter. She does not anticipate a mass exodus of students from public schools, nor do Wilger or Tom Chapman, the executive director of the ICC. Both are longtime advocates for school choice.

In New Hampshire, for example, which has had an ESA for four or five years, student transfers are around 1 - 2%, Wilger said. In Iowa, if 1% of public students transferred to private schools, the total would be around 5,000 students a year, Chapman said. As the law phases in over three years, the program "could grow pretty quickly," he added. Catholic schools, which serve about 26,000 students now, believe they could handle the influx.

Details on funding distribution have not been drafted yet but likely would involve a digital platform to prevent fraud and to ensure that funds go toward qualified expenses only, Chapman and Wilger said.

Gov. Reynolds' letter assures Iowans that the state's "public school districts will continue to receive state funding for the students they educate at the same level they do now. Together with other local, state and federal funds, public schools get more than $17,000 total per student. With the Students First Act, districts will also receive $1,205 in categorical funding for every student who lives in their school district but attends a private school. That's new money for students they won't even teach."

She said the program allows "public schools the flexibility to use unspent and ongoing funds for teacher leadership and compensation, professional development, and talented and gifted programs to supplement teacher salaries instead. Today, there's nearly $100 million in these funds that remains unused, and nearly $250 million is allocated to them annually."

The "Students First Act will not cut public school funding as opponents of this bill claim," Gov. Reynolds emphasized. "And it won't result in families fleeing public schools. For most Iowa families, a public education will continue to be their first choice. But for families who otherwise can't afford a private school that may be a better fit for their children, it makes new opportunities attainable."

Mike Ellis said he and his wife, Katie, told The Catholic Messenger they chose to send their two children to Lourdes Catholic School in Bettendorf because of its quality education and the family's commitment to their faith. The school, including its certified special education teacher, "have done a phenomenal job with our son," Mike Ellis said, referring to his older child, a fifth-grader with autism. While he and his wife can afford tuition, they want other families who cannot to have the same choice to send their children to a Catholic school. That is why the Ellis family supports the Students First Act.

Chapman has been advocating for school choice for years in his role as executive director of the ICC, the public policy voice of Iowa's bishops. The bishops' 1996 statement echoes their stance today: "Our schools, all of which are accredited by the state, and are partners with the public schools, provide a curriculum and environment which produces some of the finest graduates in the state and nation. To provide this excellence in education, our schools must charge a tuition. Parents of school age children are finding it more and more difficult to pay school tuition and still make ends meet."

The bishops' statement added, "Iowa has provisions for open enrollment for public school parents. This increased choice has been a positive force in education in the state. We believe parents have a right to choose the most appropriate education for their children — public or private — and tax dollars they pay should be available to help them."

State Sen. Cindy Winckler of Davenport was among the bill's opponents. It "will divert an estimated $900 million in public funds to private schools over the next four years alone, largely handing over taxpayer money to families who have already chosen to send their kids to private school," Winckler said Jan. 20 in her Statehouse Update. Winckler said she and her fellow Senate Democrats "are united in opposition to this bill, and we stand with the majority of Iowans who believe public dollars belong with public schools."

Gov. Reynolds said, "Every dollar in Iowa's general fund was earned by hardworking, tax-paying Iowans. It's their money and it should be used for the good of the people. In the case of education, for the good of all students."

"You're dealing with public money and allowing the public to control where it goes," he said. Taxpayers are paying into the school system and "should get to say where that education takes place."

- - -
Barb Arland-Fye is the editor, and Anne Marie Amacher is the assistant editor, for The Catholic Messenger, a publication of the Diocese of Davenport.