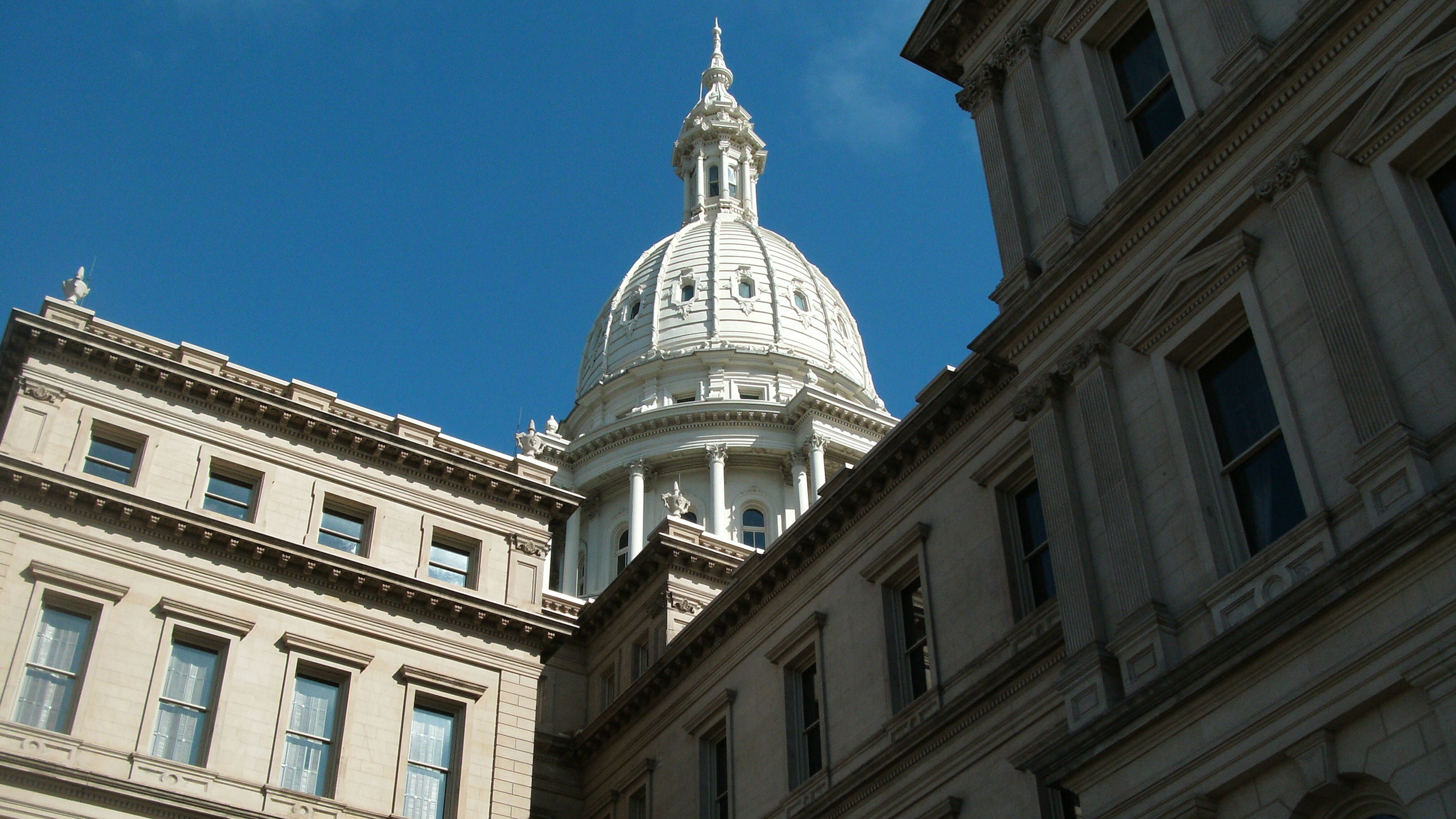 The state capitol building is pictured in Lansing. On Sept. 29, Gov. Gretchen Whitmer vetoed approximately $16 million from the state’s $70 billion budget that would have supported alternatives to abortion, including marketing for adoption services, funding for pro-life pregnancy resource centers and on-campus parenting aid.

LANSING -- Michigan Gov. Gretchen Whitmer’s veto of funding that would have provided pregnant and new mothers alternatives to abortion drew a strong rebuke Sept. 29 from the Michigan Catholic Conference.

The governor struck nearly $16 million from the state’s $70 billion 2022 budget -- about 0.0014% of the total budget -- that was earmarked for programs to make it easier for pregnant mothers to find adoption services or keep and care for their children.

Under state law, Michigan’s governor may veto specific items in budget bills, known as a “line-item veto,” while signing the rest of the budget into law.

Wednesday’s vetoes included $700,000 that would have supported “a full range of wrap-around services” for mothers before and after their child’s birth, said Dave Maluchnik, vice president of communications for the Michigan Catholic Conference, the public policy voice of Michigan’s seven Catholic dioceses.

“Governor Whitmer’s vetoes amplify the disappointing reality of this administration that the abortion industry is more important than vulnerable mothers and their unborn children,” Maluchnik said. “Whitmer has now twice vetoed state funding that ensures mothers in difficult pregnancies receive material, emotional, and well-being support during their pregnancy and through the child’s first year.”

The vetoes are the second time Gov. Whitmer has denied funding for pro-life services in the state. In 2019, the governor’s line-item veto eliminated $700,000 for Real Alternatives, a nonprofit that provides funding for pregnancy resource centers across the state.

Other items cut from this year’s budget include $10 million for a marketing program to encourage infant adoption, $1.5 million to support pregnancy resource centers that provide diapers, formula, and other services for pregnant and new mothers, and $1 million to provide non-abortion aid for pregnant mothers and parents on college and university campuses.

“Among the funds that were vetoed, advertising for infant adoption was one that speaks to her strong conviction that she would rather have an abortion performed than an adoption completed,” said Barbara Listing, president of Right to Life of Michigan. “The gap between the number of adoptions and abortions is already large, and with the actions of Governor Whitmer, that gap will continue to grow.”

According to Right to Life of Michigan, 29,669 abortions took place in Michigan last year, compared with just “a few hundred” infant adoptions. The total abortions represented an 8.5% increase from 2019, and the most in the state since 1996.

While Maluchnik said the state’s Catholic conference is encouraged by other provisions in the 2022 budget, including those supporting low-income families and foster services, the vetoes represent a “moral statement” about the priority of unborn life.

“In light of Gov. Whitmer’s vetoes, the pro-life community and all persons of goodwill should be strengthened both in spirit and in heart to pray and work harder than before to protect life from the time of conception all the way through every child’s adult and elderly years,” Maluchnik said.

“While prioritizing concerns with the vetoes, Michigan Catholic Conference remains grateful for the legislature’s and administration’s support for increased administrative funding for foster care providers and per diem rates for adoption agencies, human trafficking victim services, funding to maintain the annual clothing allowance for low-income children in the Family Independence Program, as well as funding to maintain the ‘Heat and Eat’ program and to implement the ‘Raise the Age’ policy,” Maluchnik said.