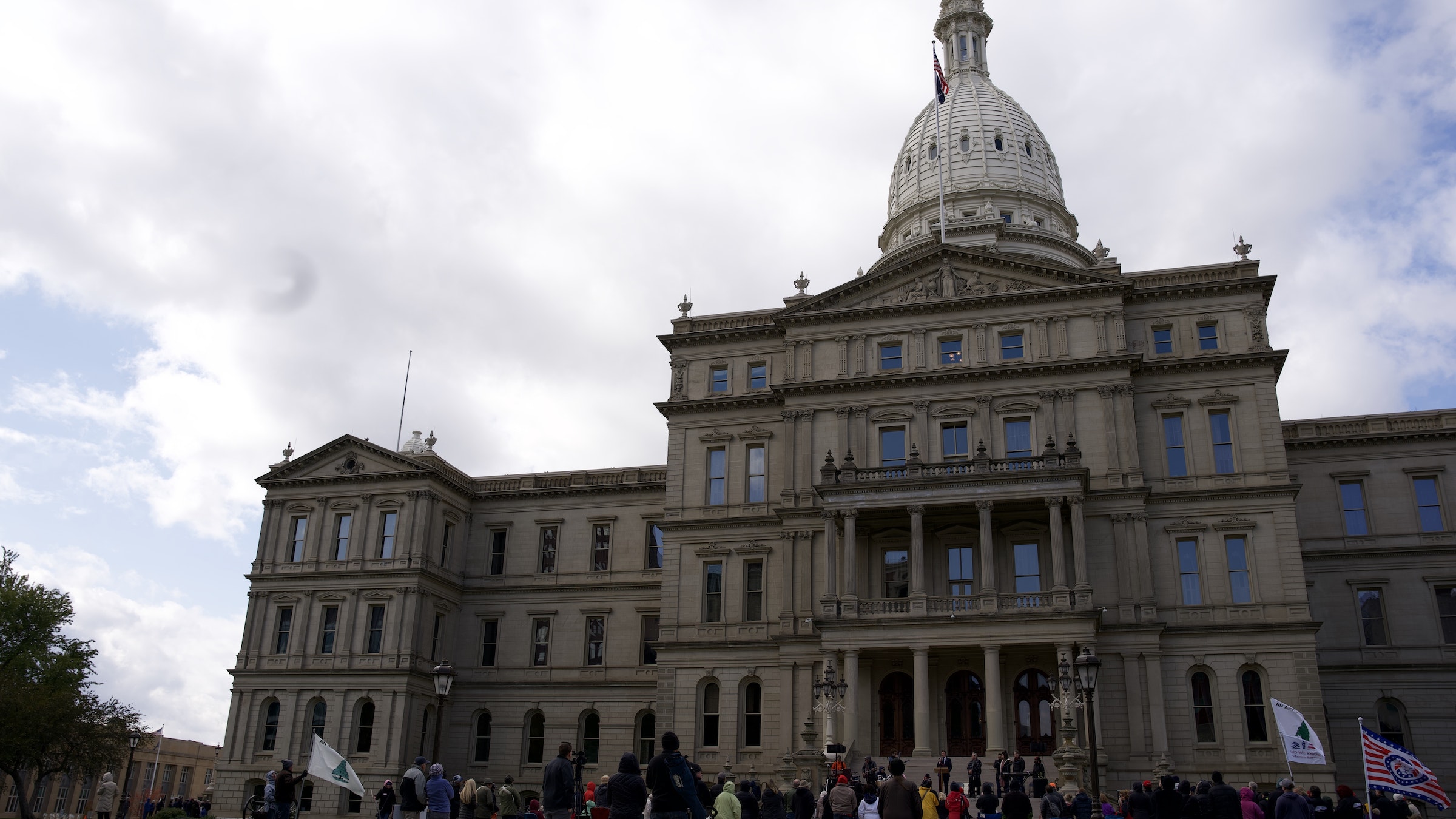 The 102nd Michigan Legislature has convened and is set to hear Gov. Gretchen Whitmer deliver the State of the State address this evening. The Michigan Catholic Conference is encouraging parishioners to sign up for the Catholic Advocacy Network to stay in contact with lawmakers and examine policy issues through a Catholic prism. (Photo by Gabriella Patti | Detroit Catholic)

LANSING ─ The 102nd Michigan Legislature has convened and is set to hear Gov. Gretchen Whitmer’s State of the State addressed tonight.

The legislature is the first elected under new legislative maps implemented after the 2020 census and the 2018 constitutional amendment, which established an independent map drawing commission, meaning many Michiganians are finding themselves within new state House or Senate districts, or, because of term limits, with a fresh-faced lawmaker representing them in Lansing.

With shifting districts and the revolving door that is politics, the Michigan Catholic Conference has for years offered the Catholic Advocacy Network as a way for the faithful to learn about important issues through the prism of Catholic teaching, as well as how to contact one’s legislature about various issues.

“When important issues come up that need a Catholic voice, [the Catholic Advocacy] Network members are invited to contact their lawmakers directly by sending them a pre-written message,” David Maluchnik, vice president for communication for the Michigan Catholic Conference, told Detroit Catholic. “In less than a minute, Catholics can join with thousands of others to make their voice heard on important legislative issues. Catholics are called to be faithful citizens, and the Catholic Advocacy Network makes it incredibly easy to live out this important concept.”

The network was established in the early 2000s as a method for parishioners to learn how to contact their representatives. Users enter their their email and ZIP code to get more information and to receive weekly updates about what is going on at the Capitol.

“Lawmakers need to hear directly from their Catholic constituents to represent them well, and the Network helps facilitate such a connection,” Maluchnik said. “Because the new legislature that began in January includes dozens of newly elected officials, grassroots advocacy is as important today as it was some 20 years ago when the network began.”

On a federal level, 31 million workers and families received about $64 billion in EITC, with the average nationwide being $2,043 per filer. In Michigan, 923,000 EITC claims totaled $1.9 billion, resulting in an average of $2,017 in tax reductions for filers.

The Michigan EITC was created in 2006 with support of the Michigan Catholic Conference to allow low-income workers to keep more of their wages, Maluchnik said.

“The tax credit recognizes the importance of work and the human dignity it affords,” Maluchnik said. “The typical EITC recipient claims the credit for no more than two years, proving that the tax credit is an effective policy tool to combat poverty. EITC recipients indicate they typically allocate funds from the credit toward things like groceries, childcare costs, auto or appliance repairs, medical bills or other necessary experiences.”

Maluchnik added that thus far, more than 400 messages ins support of SB 3 have been sent to lawmakers through he Catholic Advocacy Network.

Other consistent priorities for the Michigan Catholic Conference include protecting and upholding life, advocating for the needs of the poor, defending religious liberty, promoting quality education choices among all schools, caring for creation, and preserving natural resources.

“All these principles relate back to the dignity of human life, both in ensuring the right to live, but also to provide a dignified life by making sure basic human necessities are available to all, particularly to the vulnerable and the poor,” Maluchnik said.

The legislature convenes at a time when the Democratic Party controls both houses and the governorship for the first time in 1983-84, posing a challenge to some of the Michigan Catholic Conference’s priorities, including protecting the unborn and advocating for school of choice.

But Maluchnik added that the Michigan Catholic Conference makes it a point to build working relationships with members of all political parties and to advocate for policies that bridge the partisan divide, specifically when it comes to advocating for the working poor and promoting the dignity of work.

“The new Democratic majority is advancing an increase to the Earned Income Tax Credit as one of its first priorities, although it should be noted that both parties support this important policy,” Maluchnik said. “The Michigan Catholic Conference has also previously provided support for initiatives like safe storage gun laws, allowing access to driver’s licenses and state identification for immigrants and refugees, expanding access to Medicaid for more of the poor in Michigan, juvenile justice reform, and promoting sustainable energy practice to protect the environment, to name a few examples.”

Beyond partisan politics and debates, Maluchnik said there are issues that should encourage cooperation and mutual respect as the new legislative term kickoffs.

“One is human life. Without the right to live, no other rights matter. We must start with preserving and protecting human life as a core policy foundation," Maluchnik said. "What that encompasses is a broad discussion – advocating for the needs of the poor, defending religious liberty, caring for creation – but at the very least, it should be about working toward making sure every person is given the opportunity to live a dignified life and that their basic human needs are met.”