Michigan Knights raise $230K annually for Special Olympics, more than any other state 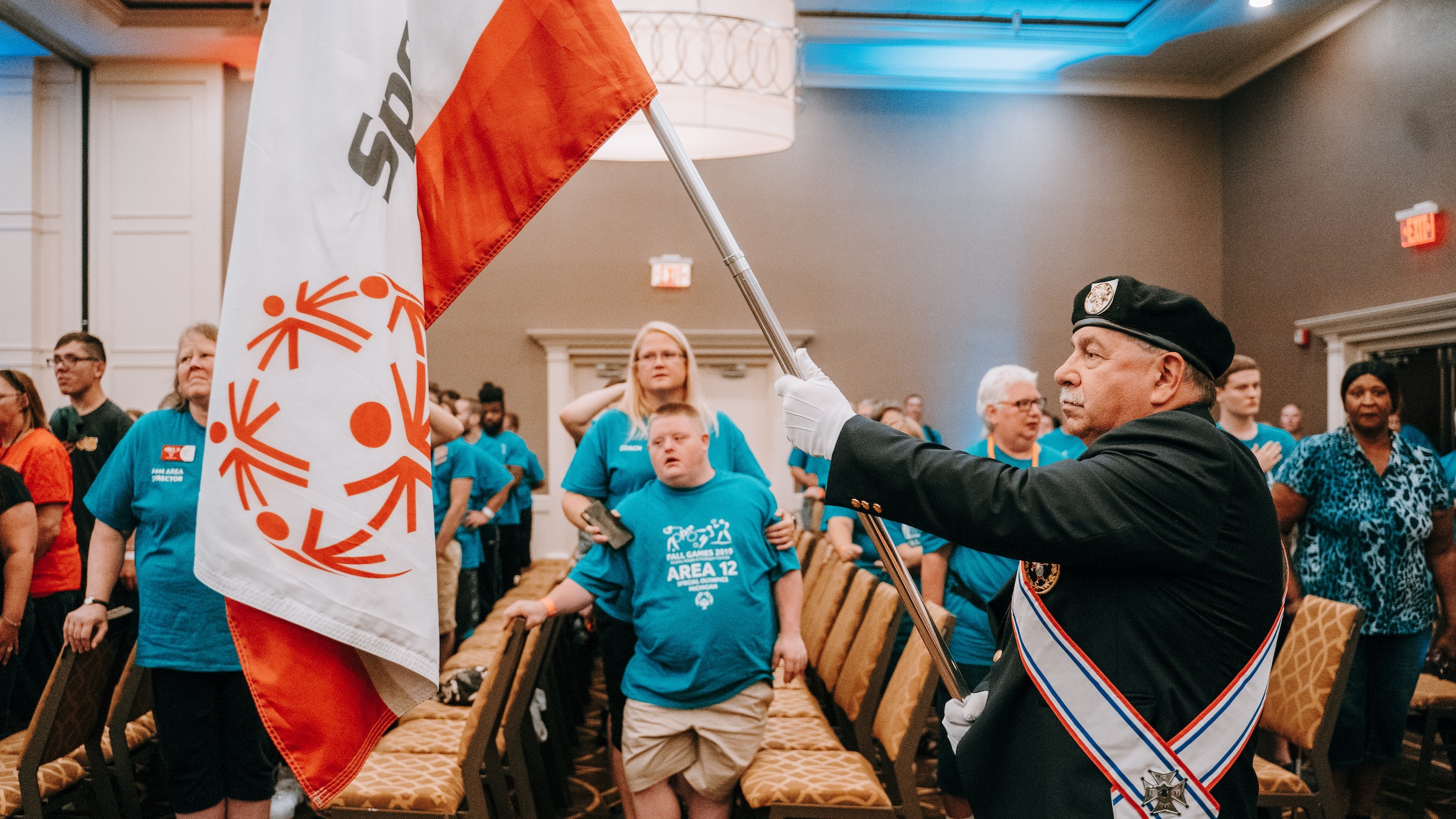 Joseph Yekulis, a Knights of Columbus fourth-degree color guard member from Chelsea, holds up the Special Olympics flag during the opening ceremonies of the State Fall Games on Sept. 20 at the Sheraton hotel in Ann Arbor. Each year, the Michigan Knights donate more than $230,000 to the Special Olympics, which is the largest total for any state council eight years running. (Photos by Valaurian Waller | Detroit Catholic)

ANN ARBOR — They stood as sentinels as the athletes were introduced Sept. 20 during the opening ceremonies of the Special Olympics State Fall Games at the Sheraton hotel in Ann Arbor.

The cheers and clapping reserved for those competing, the Knights of Columbus' fourth-degree color guard members nevertheless were thrilled to be a part of the event, as they have been for years in Michigan, adding to the pomp and circumstance of the day.

Behind the scenes, the Knights and their families were pitching in as volunteers at the ceremonies and at athletic competitions throughout the weekend.

“We’re happy to see pictures of the athletes at the games on the front page instead of ours,” John Hundiak, state Special Olympics director for the Knights of Columbus and a member of Council 13950 in Rochester Hills, told Detroit Catholic. “The Knights of Columbus are behind the scenes, both financially and working at the events.”

Serving those with special needs has long been a passion of the Knights, whose 64,000 members and 441 councils in Michigan work year-round to support charities, organizations and individuals who serve developmentally and intellectually disabled children and adults.

Apart from volunteering and raising money for the Special Olympics, which holds games three times a year in Michigan, the Knights' semi-annual Tootsie Roll drive supports more than 800 organizations that benefit those with special needs.

The highly visible drive, during which Knights don yellow vests that read “Helping persons with intellectual disabilities” and collect money on street corners and in parishes, takes place each year on Palm Sunday and Columbus Day weekends — which is this weekend.

The effort helps Michigan councils donate more than $230,000 annually for the Special Olympics alone, plus additional funds for countless charities across the state. While individual councils decide how to divvy up the money, beneficiaries include Holy Cross Services (formerly Boysville), the St. Louis Center in Chelsea, St. Francis Camp on the Lake in Jerome, and The Arc Michigan, as well as funding for special education in schools.

The Supreme Council, the international governing body of the Knights of Columbus based in New Haven, Conn., awards $10,000 to the state whose councils raise the most money and log the most volunteer hours for Special Olympics. The Michigan Knights have won the title eight years in a row, adding another $10,000 to the total raised for Special Olympics. Additionally, the state council contributes almost $50,000 each year.

Robbie Waclawski, special gifts manager for the Special Olympics, says the organization has “a phenomenal relationship with the Knights of Columbus,” who are one of several civic partners including the Law Enforcement Torch Run, the Water Warriors, the Lions Club and others.

“Without the support of our civic partners, we wouldn’t be able to offer the same experience to our athletes,” said Waclawski, who himself is grand knight of Council 1297 in Mount Pleasant.

During the fall games, Knights and their families helped prepare and serve meals to 650 soccer players and coaches, saving the Special Olympics $5,000 by not having to purchase box lunches, Waclawski said.

For Walter Winkle, the Knights' state secretary and a member of Council 2667 in Richmond, the Knights’ work with the Special Olympics is personal. His 30-year-old son, Willy, is developmentally challenged and has competed in the games since he was 7 years old.

“Some parents might be apprehensive about taking younger kids with disabilities out to compete, but Special Olympics is a great program,” Winkle said. “The social part has been wonderful for Willy to get to know other people, and for the families to interact as well.

“What’s amazing with these athletes is that so many of them remember each other years later,” Winkle added. “It’s a really wonderful community.”

Willy was one of 30 fourth-degree Knights who handed out Tootsie Rolls to athletes at September's opening ceremonies. During the winter games, Willy competes in cross country skiing, as well as the poly hockey state finals in November.

Now Willy works behind the scenes, too. He has been a Knight since age 18 and was recently appointed the Knight of Columbus' assistant director for the Special Olympics.

“In the Knights, we always say we are our own best-kept secret,” Walter Winkle said. “We don’t go out and brag about everything we do. We just go out and get it done.” 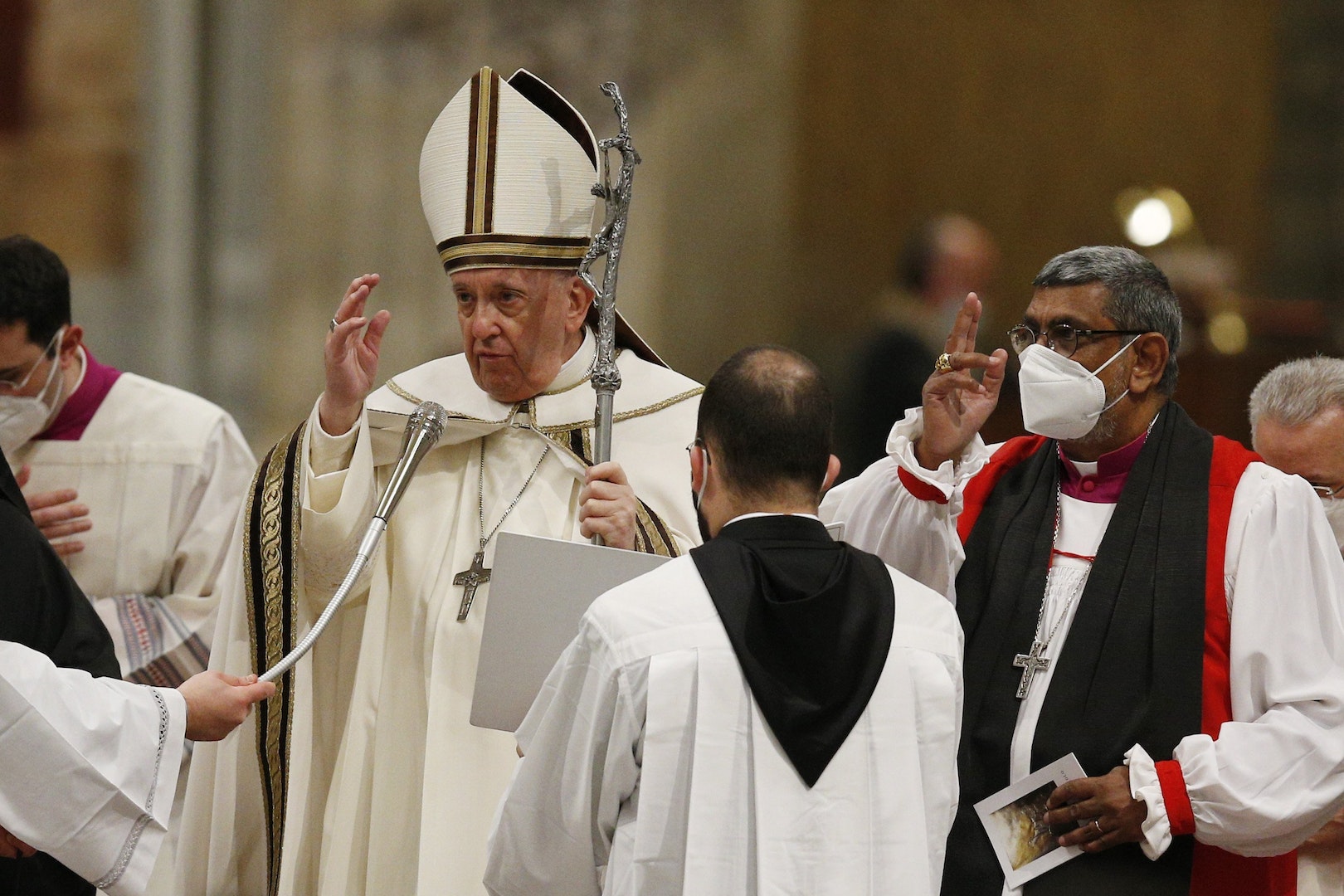 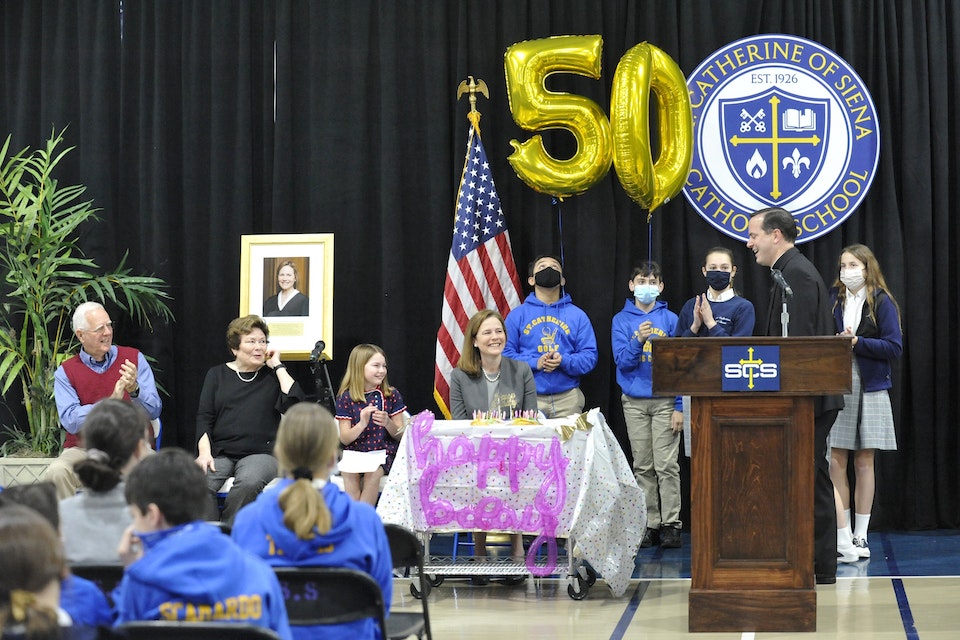 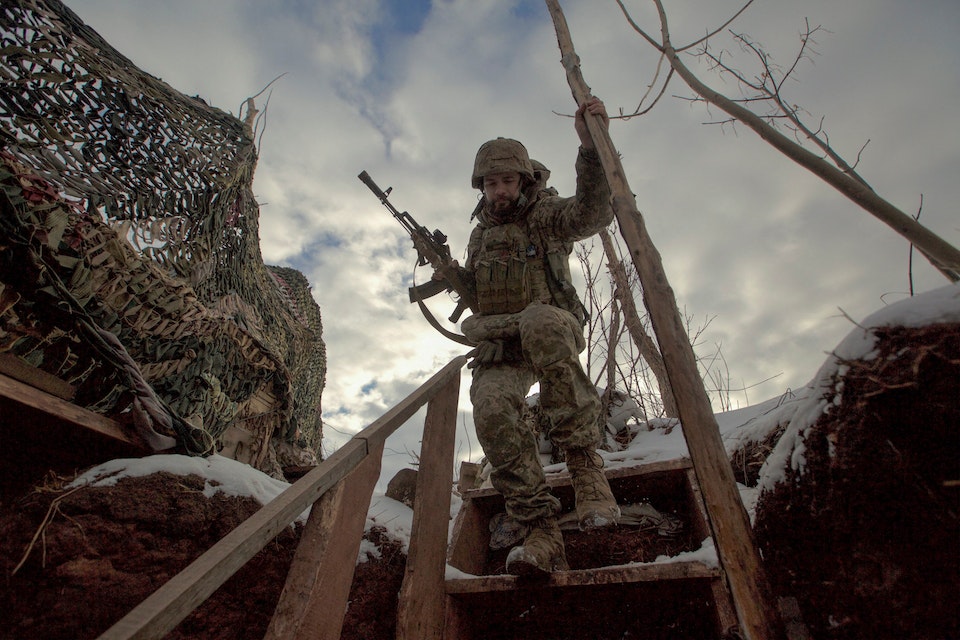 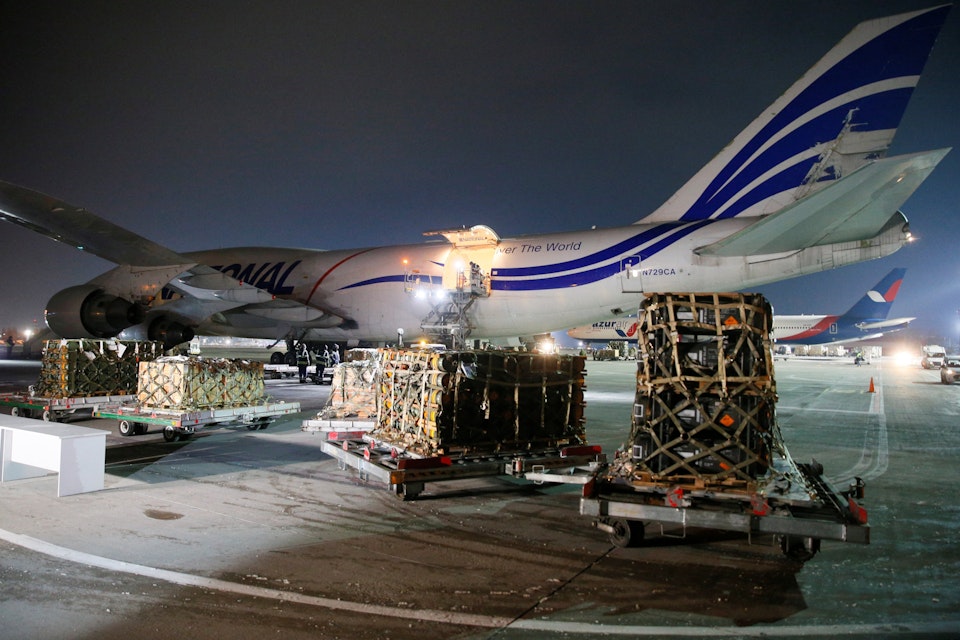 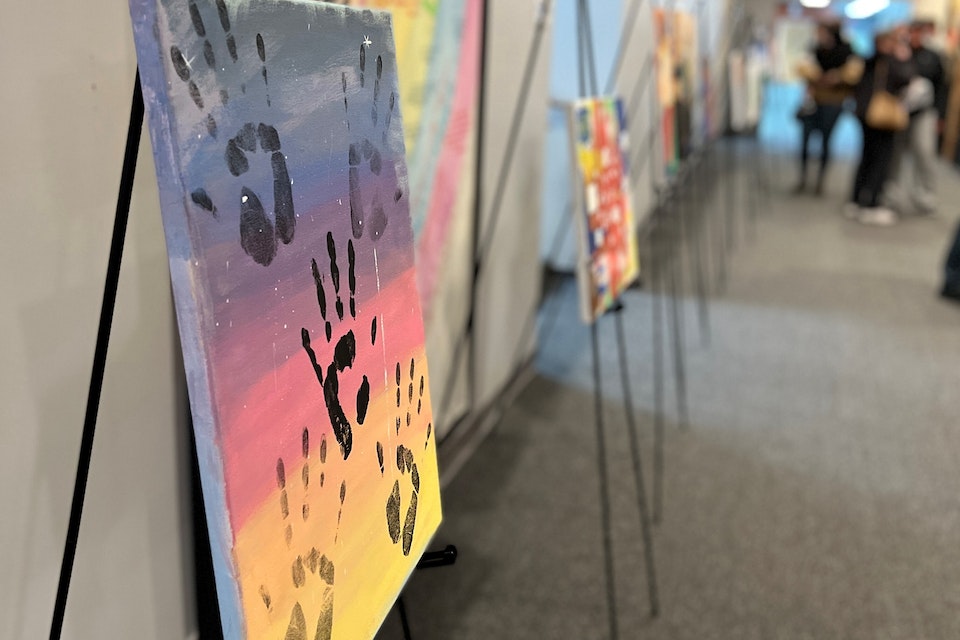