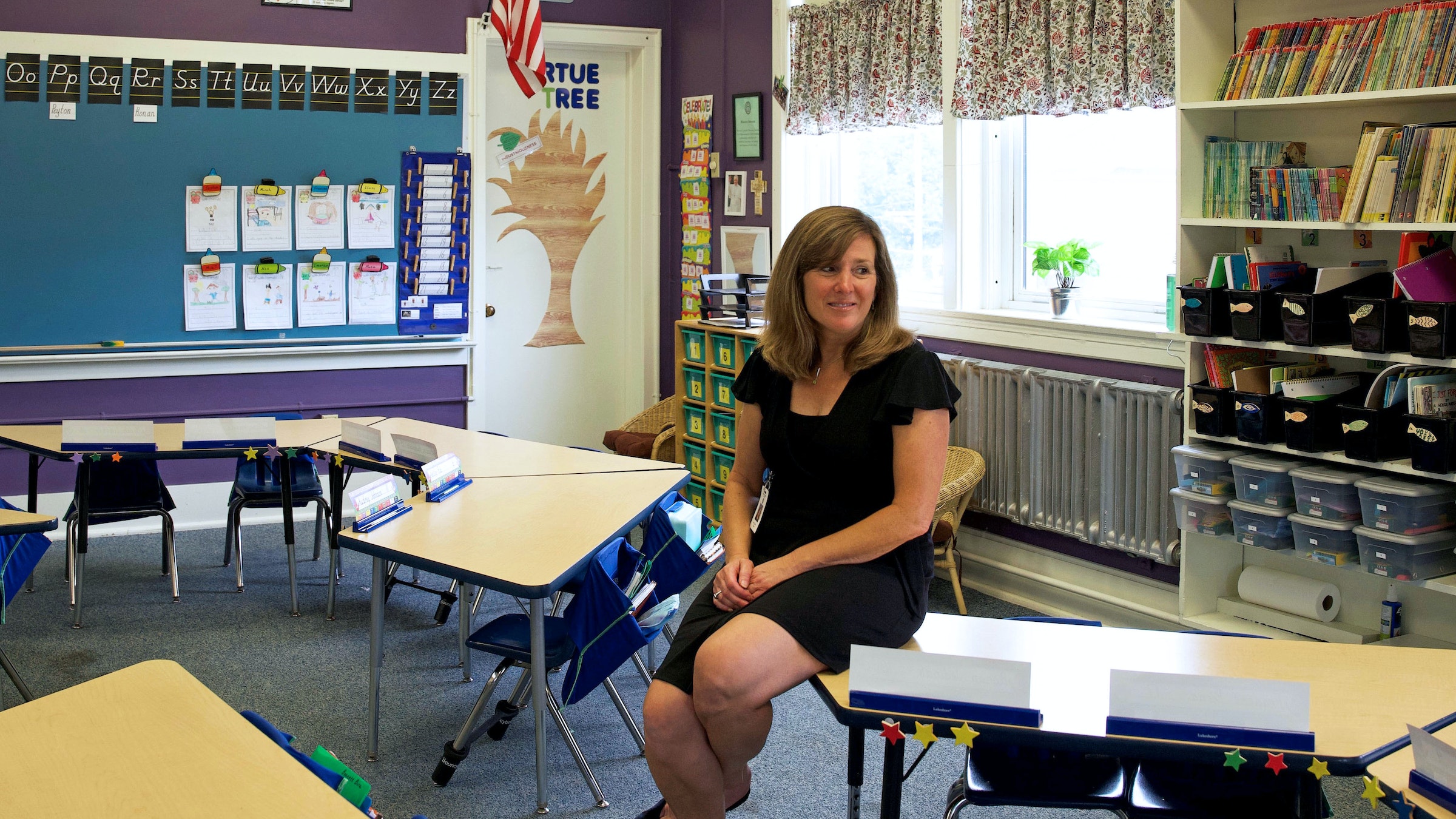 MONROE — The impact of an epidemic teacher shortage continues to be felt as school districts nationwide struggle to fill empty teaching and administrative positions.

The burden has fallen equally on public and parochial schools, including in the Archdiocese of Detroit, where dozens of teaching and other positions remain open in Catholic schools, including janitorial jobs, athletic coaches, office assistants and full-time and substitute teaching jobs.

Despite the challenges, Eric Haley, associate superintendent for Central and South Regions for the archdiocese's Department of Catholic Schools, said Catholic schools' unique mission continues to attract top talent — even if that takes time.

In both public and private schools, the COVID-19 pandemic decimated the teaching profession, expediting an exodus of teachers who chose to retire early or move on to other careers, with an estimated 85 percent of superintendents nationwide reporting they don't have enough applicants to fill open positions in 2022.

The number of students entering education programs also has dropped. While statistics from the pandemic years are not yet available, the American Association of Colleges for Teacher Education reported that in the 2018-19 academic years, traditional teacher-preparation programs saw a decline of 35 percent in enrollment, and alternative programs also experienced significant drops. 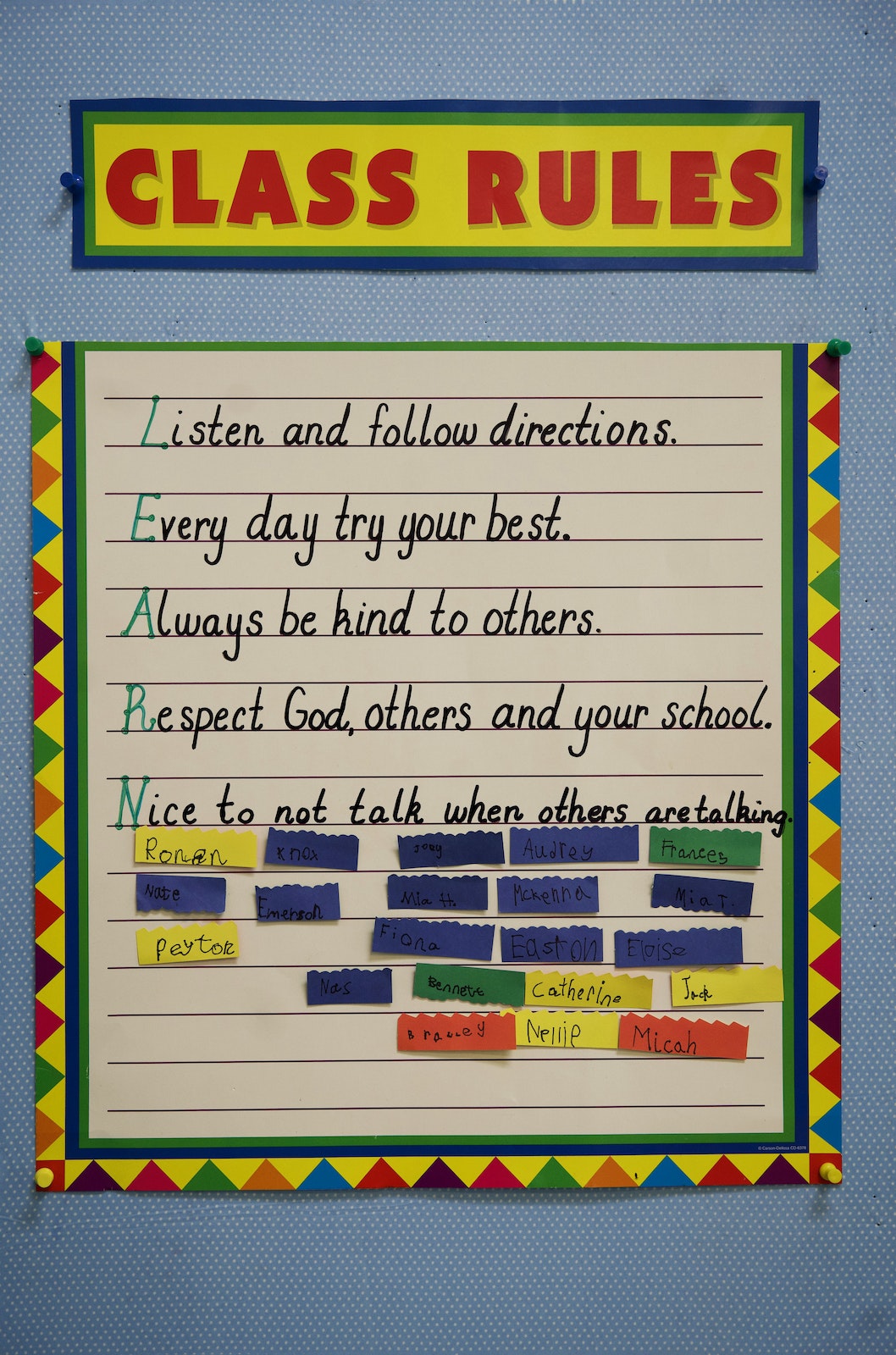 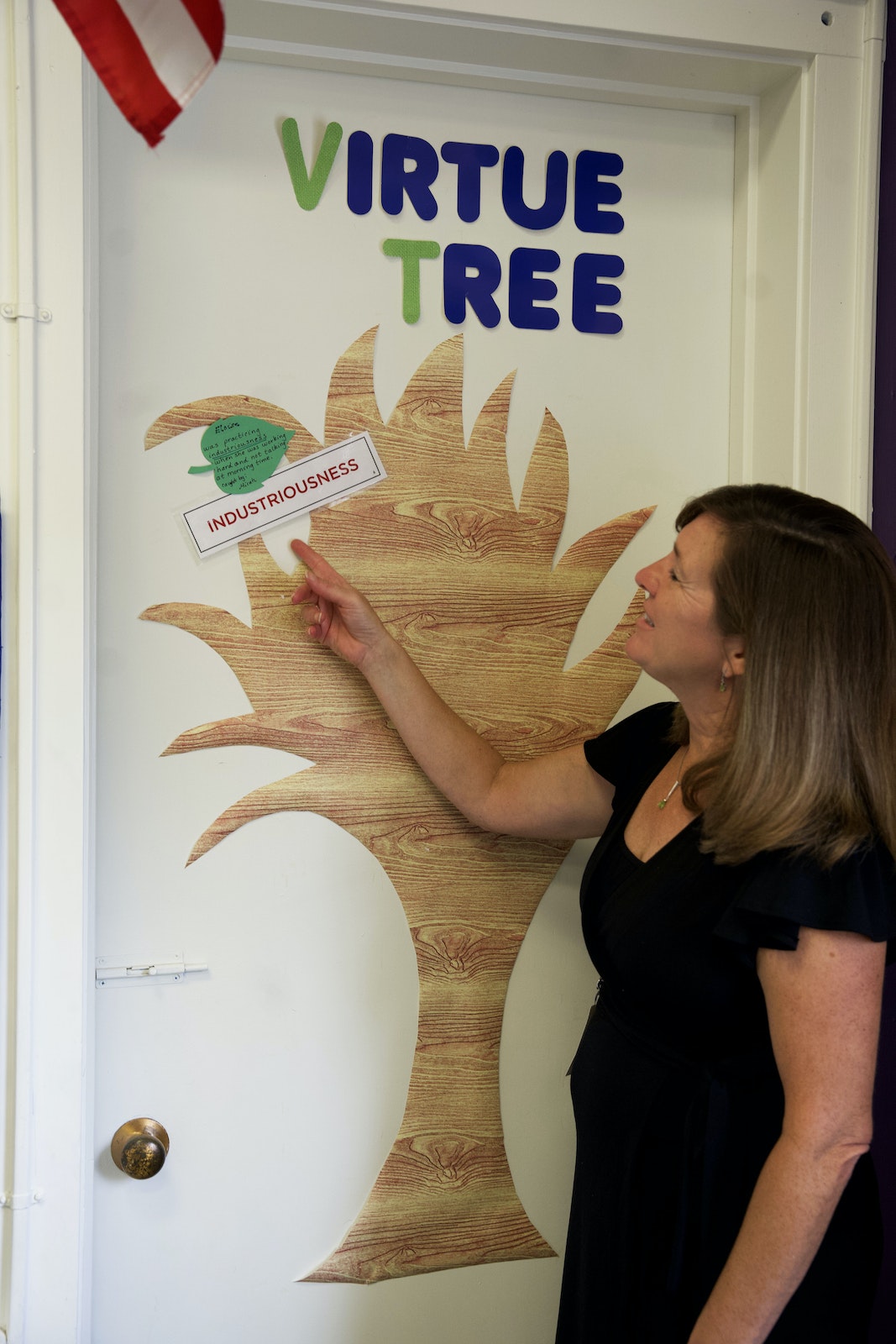 Smith shows off the "virtue tree" in her classroom. Smith, herself an alumnae of the school, said she returned out of love for Catholic schools' unique mission. (Gabriella Patti | Detroit Catholic)

Despite the struggle to fill positions, the shortage has created an opportunity for Catholic schools to spread awareness of Catholic education in a whole new way, Haley said.

Often, Catholic schools are able to land quality candidates through word-of-mouth or connections through parishes, ministries or community events, which strengthens bonds both within Catholic schools and the communities they serve, Haley said.

“I keep hearing that we got this person through the Family of Parishes or from the parish next door, or we got this person through religious education,” Haley said. “It is really amazing that these connections are taking place because our parishes and our communities are promoting opportunities. It is neat to see that, even in these difficult times, we are seeing our Families and our communities working together.”

While most schools experience yearly staff turnover, Haley said on average, once teachers reach the five-year mark, they usually are in it for the long haul.

Love for the mission of Monroe Catholic Elementary Schools and the wellbeing of its students initially attracted Traci Smith, a first-grade teacher, 12 years ago.

Teaching is Smith's second career, she told Detroit Catholic. After receiving her business degree and spending several years training new employees, she realized she had a passion for working with different types of learners and wanted to work specifically with kids.

Smith is also an alumna — she attended the former St. Michael elementary school, and she now teaches in the same building where she received her own Catholic education. Traci Smith began teaching at Monroe Catholic Elementary Schools in 2010, after beginning her career in business. She discovered a love of teaching while training employees in her former role, and decided to enter the teaching profession to have an impact on shaping children's futures. (Gabriella Patti | Detroit Catholic)

“Teaching is about the curriculum, and that’s awesome, but I think it is more than that. I think it helps in shaping the children to be able to expand on (the curriculum) with the kids and listen to them,” Smith said.

Smith went back to school for her teaching degree, and while she did her student teaching and substitute teaching at public schools, she landed her job as a first-grade teacher at Monroe Catholic Elementary Schools just a week before classes started in 2010.

The difference between public and parochial schools, Smith said, is the added benefit of weaving faith and prayer into the curriculum throughout the day.

“Public schools also do a great job, but for me, parochial schools with that little extra added benefit to help shape the little ones just makes a big difference," Smith said. "I also think I like the smallness — the family atmosphere with my colleagues; they are very understanding if you have a family emergency or anything like that.”

Haley routinely hears similar sentiments from those drawn to work in Catholic schools.

“What I keep hearing is that people appreciate that the Catholic identity is present,” Haley said. “It is a joy to receive sacraments and watch children receive sacraments, and just over and over again people talk about the community. It's a place where they are receiving not only a paycheck, but also getting to experience a different reward from their vocation.” 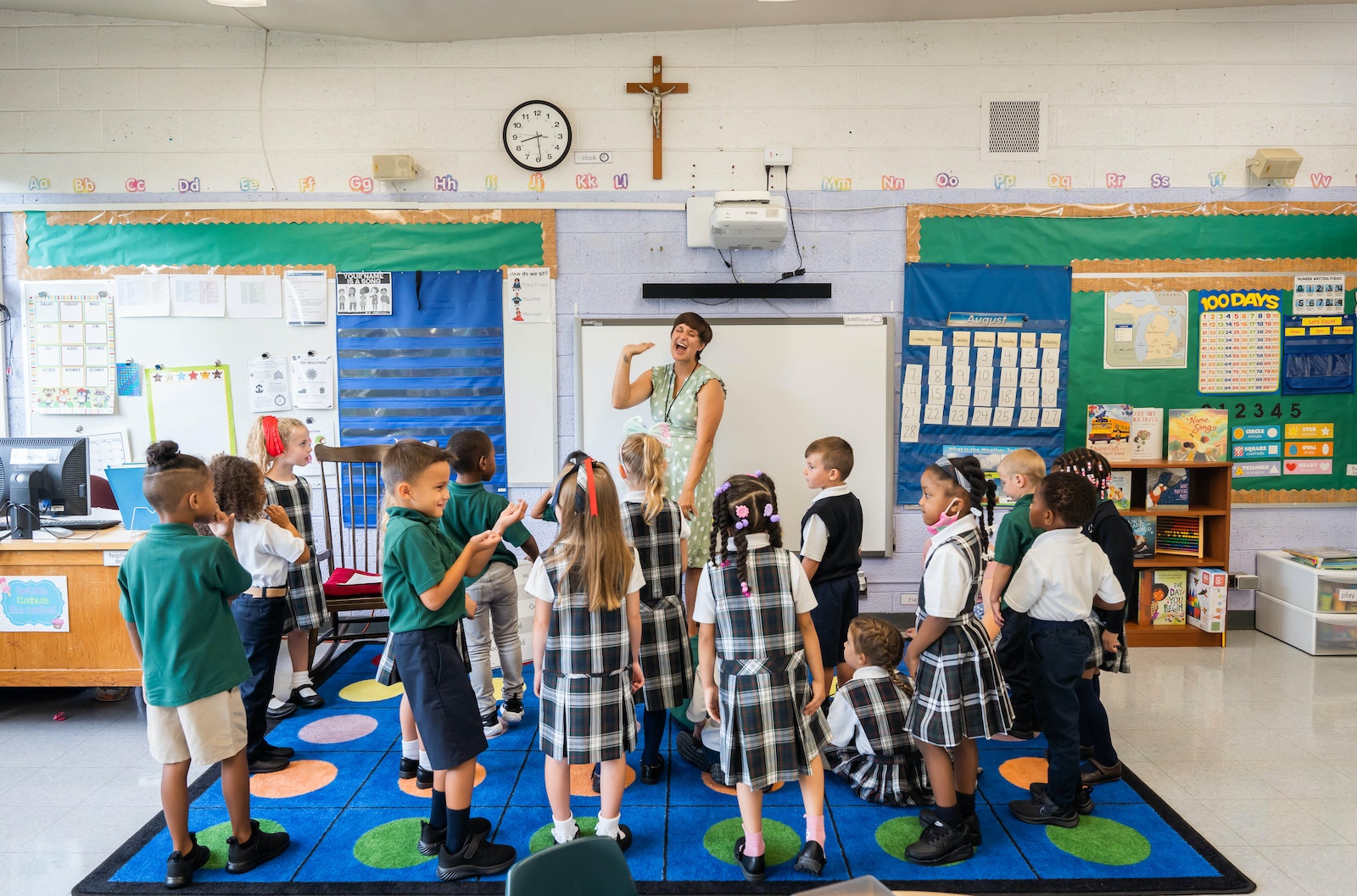 Students at St. Valentine School in Redford participate in a class activity on the first day of school Aug. 29. (Valaurian Waller | Detroit Catholic)

Colin Whitehead, a 2013 graduate of Catholic Central High School in Novi, is beginning his second year as a theology teacher at his alma mater.

Whitehead studied theology and Christian history, completing his undergraduate studies at Hope College and earning his master's at the University of Notre Dame, but only began to consider teaching as a potential career during his senior year of high school, he told Detroit Catholic.

“I appreciated how intentional my teachers had been in shaping me into who I am, and I was thinking about what kind of job I would find rewarding," Whitehead said. "This is the one that came to mind.”

"That is the kind of thing that attracted me and made me more excited about the job,” Whitehead said, adding teaching at Catholic Central allows him to "accompany people during a formative time of their lives and help them wrestle with really difficult questions."

"I can help them maybe reimage Christianity and clarify or maybe rediscover a truer image of God — a healthier and more accurate image of God," he added.

While Smith and Whitehead have observed others leave the teaching profession over the years, both said they couldn't imagine doing anything else.

“The fact that you make a difference in someone's life by being able to shape them all the way around, not just with their math and their reading skills, but who they end up being as they become an adult," is a huge motivational factor, Smith said.

Smith encourages prospective education students to consider the impact they can have on the world by molding the next generation of Catholic leaders and saints.

"What you say, no matter what the age, makes a huge difference. It is so rewarding to work with kids, and it helps you grow, too," Smith added. "It helps you to become a better person by seeing the kids and hearing the kids because they are more insightful than you think. Especially with how the world is today, I think being able to be part of something positive is a huge reason to go into the teaching.”