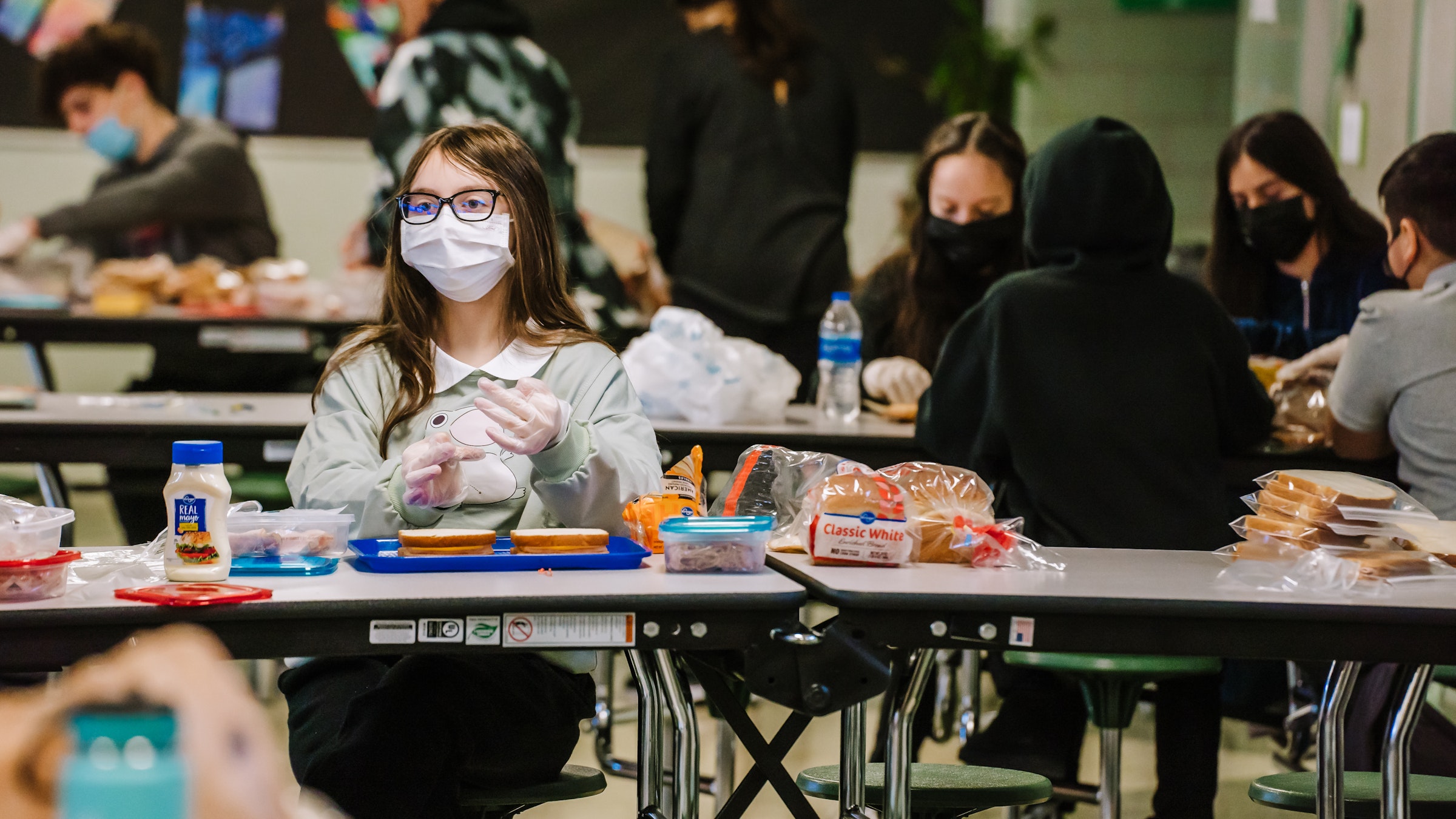 In the spirit of the Rev. Martin Luther King Jr., parishes throughout the Archdiocese of Detroit set aside Jan. 15, the Saturday before Martin Luther King Jr. Day, aside to serve the community of southeast Michigan. Middle and high school-aged students from Divine Child Parish and Sacred Heart in Dearborn came together to make sandwiches for the needy, put together casseroles, write Valentine's Day cards for the elderly and more. (Photos by Valaurian Waller | Detroit Catholic)

27 parishes, more than 600 volunteers across Archdiocese of Detroit participate in Martin Luther King Jr. Day of Service on Jan. 15

In the giving and loving spirit of the Rev. King, parishes throughout the Archdiocese of Detroit set aside Jan. 15, the Saturday before Martin Luther King Jr. Day, as a day dedicated to serving the community of southeast Michigan.

Parish groups gathered, many of them full of high school and middle school students, and spent the day cooking casseroles for soup kitchens, assembling hygiene kits for homeless shelters, decorating cheerful tote bags to send to school children in Haiti, distributing coats to the needy in their own neighborhoods and a plethora of other service activities.

“Two years into this pandemic, there has been such a need for more assistance and compassion as we all deal with health challenges, job losses or reduced work, the ability to maintain the life basics of food, shelter and clothing,” said Shannon Lewis-Pigler, a catechist and youth group coordinator for both St. Mary Parish in Wayne and St. Richard Parish in Westland, who oversaw a hygiene collection to be donated to the Pope Francis Center in Detroit.

“A quote from Dr. King — ‘Life's most persistent and urgent question is, "What are you doing for others?" — mirrors Catholic social teaching's promotion of community and the common good, human dignity and the greatest commandment, 'Love your neighbor as yourself,'" Lewis-Pigler said. "This day of service allows us to continue in these ways and refreshes in our hearts what often gets lost.”

Chris Leach, director of evangelical charity for the Archdiocese of Detroit, said 27 parishes and an estimated 600-some volunteers participated in this year’s annual service day.

“Martin Luther King's whole life was dedicated to service to his community, righting the injustices that he saw and that affected his community, so we want to give people, especially young people, the chance on the weekend that's in his honor to make a difference in their own community and to live out some of that example," Leach told Detroit Catholic.

Going out to serve the community is a way of acknowledging the blessings God gives, Leach said, and reflects a desire to be a blessing to others, paying it forward as King did, Leach said.

"Dr. King's vision, his example really parallels with what we're trying to do (in the Archdiocese of Detroit)," Leach said.

In order to maintain King's spirit and teach the students, Wieleba-Milkie utilized special teaching and prayer materials offered by the archdiocese to help students make the connection between Catholic social teaching and King's life of charity.

"It's one thing for them to say, 'Oh, I'm going to make a casserole.' But if they have no idea why they're making the casserole, then there's a piece missing," Wieleba-Milkie said. "This weekend is in connection with Martin Luther King and his message of helping others and always being in service to those around us."

Wieleba-Milkie hopes to help students understand that connection, but also the deeper connection between service and their Catholic faith.

"Jesus was the very first one who taught us that we are called to serve and not be served, and that we have to be disciples who serve," Wieleba-Milkie said. "We're really doing this because Jesus' teaching commanded that this is what we're called to do."