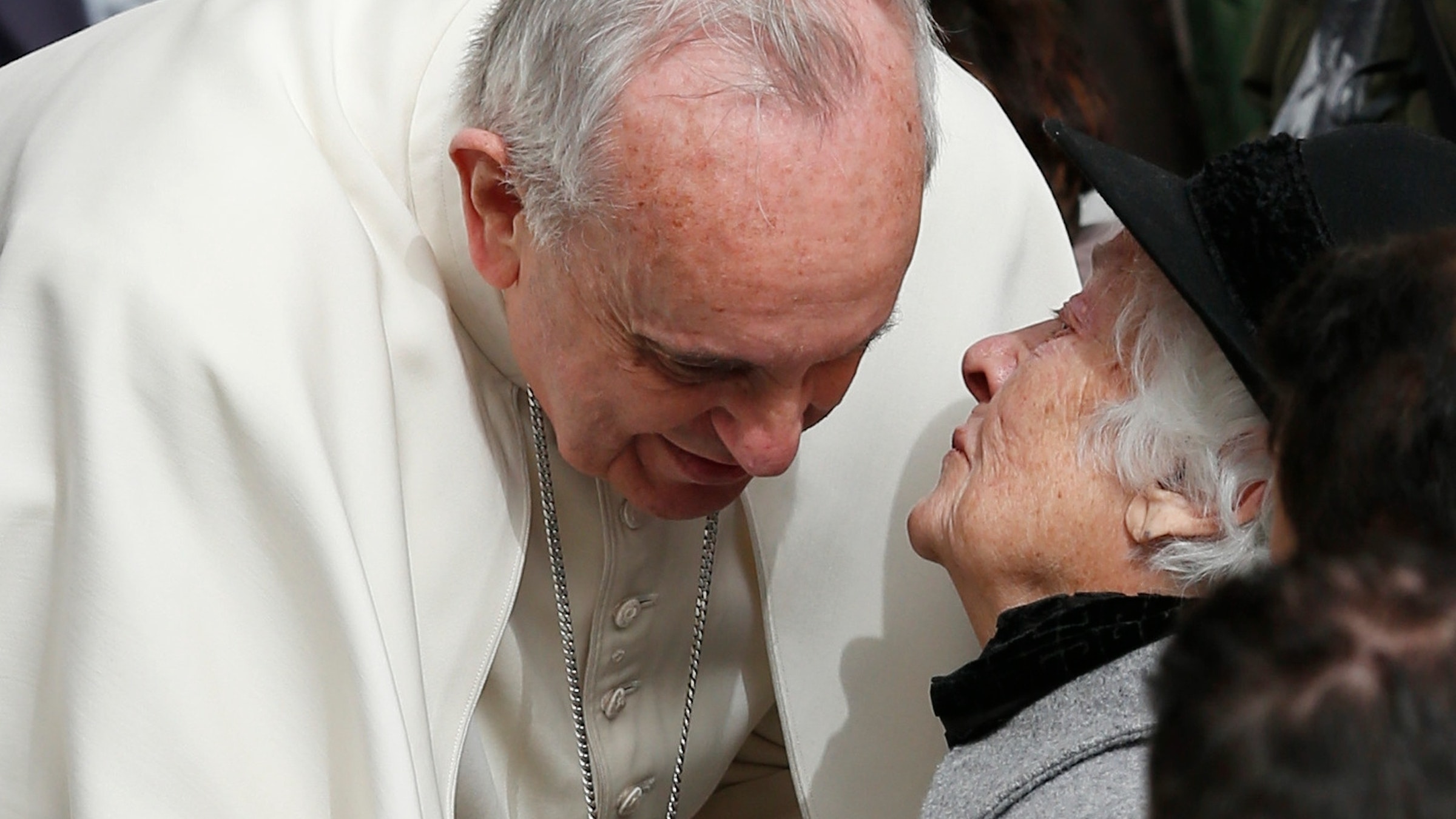 Pope Francis greets an elderly woman in a wheelchair during his general audience in St. Peter's Square at the Vatican Feb. 19, 2014. (CNS photo/Paul Haring)

ROME (CNS) -- Netflix has announced that in 2021 it will release a documentary series based on "Sharing the Wisdom of Time," a book in which Pope Francis called for creating "an alliance between the young and old people" by sharing their stories.

The book, published by Loyola Press in 2018, featured an introduction by Pope Francis, the stories of 30 older people and reflections by a handful of younger people on "What I learned from an elder.”

In the docu-series, Netflix announced Dec. 16 -- the day before Pope Francis' 84th birthday -- men and women over 70 from around the world, featured in the book, will share their life stories and experiences with filmmakers under 30 from the same country.

"The series will feature Pope Francis in an exclusive interview, offering a unique point of view that will serve as the common thread throughout the four-episode series," reported Variety.

The elders chosen for the documentary come from different ethnic groups and religious traditions, according to the Netflix press release, but their stories demonstrate how in every part of the world and in every culture people are concerned with the same issues: "love, struggle, work and dreams.”

The Italian screenwriter, director and producer Simona Ercolani made the series, which will be available on Netflix worldwide, the release said.