New moderators for ‘families of parishes’ settling into roles, eager to work together 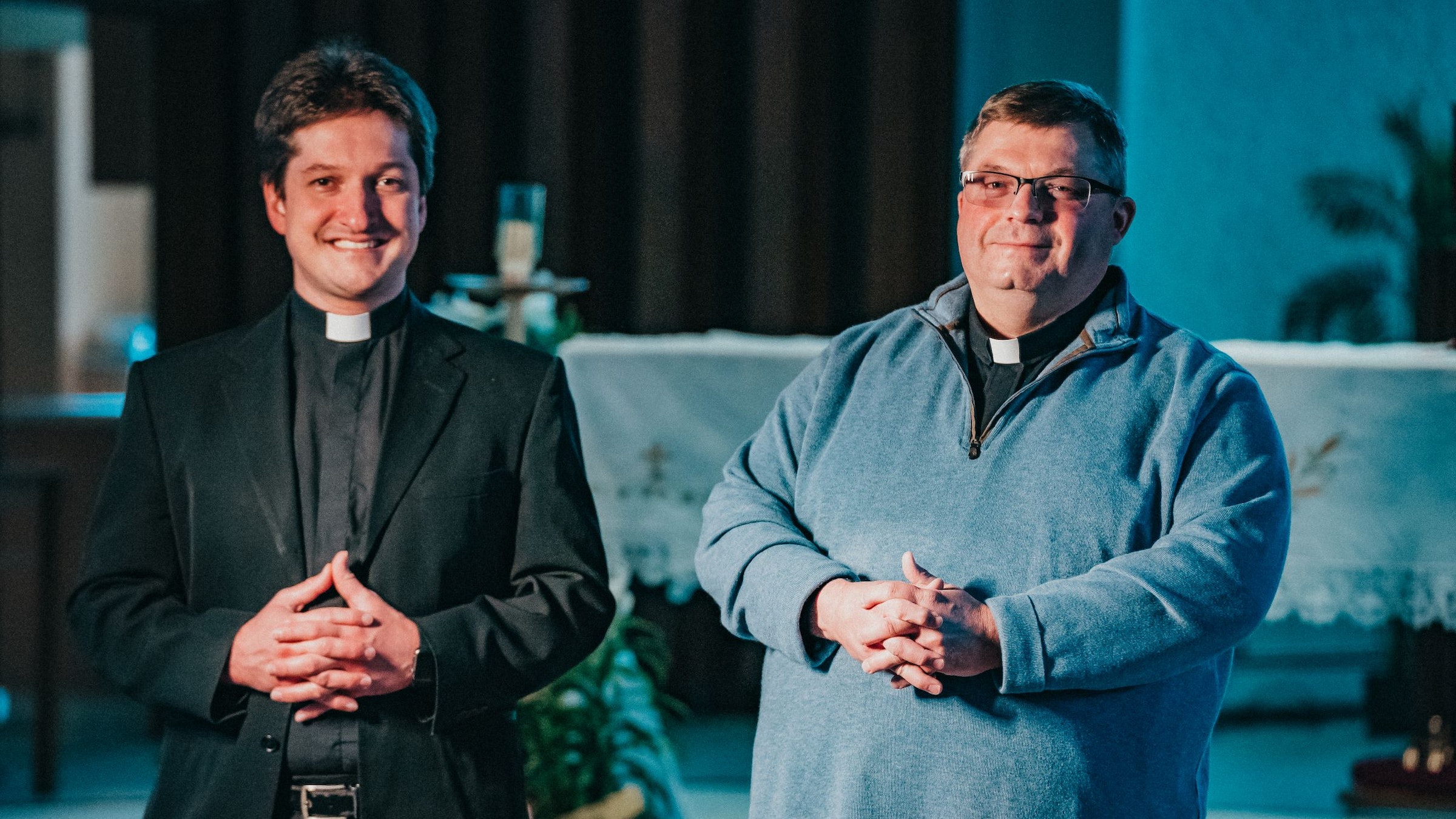 As parishes look ahead to summer launch, priests tasked with leading archdiocese’s new family groupings say arrangement has its benefits

WATERFORD — Unless the priest is Jesus Christ, no single priest can do everything well.

And that’s exactly why priests of the Archdiocese of Detroit are eager to work with one another as the archdiocese transitions to its new “families of parishes” governance structure this summer.

This spring, priest moderators were named for nearly two dozen parish families that will begin operating together on July 1 — the first of two waves, with the second wave of parish families forming in July 2022.

While the term “moderator” hasn’t been widely used in parishes, the priests who will assume that role say they’re also still getting used to the idea.

“Obviously, it’s a new thing for us,” said Fr. Scott Thibodeau, pastor of Our Lady of the Lakes Parish in Waterford, who was asked to become the moderator for the family of parishes comprising Our Lady of the Lakes, St. Anne in Ortonville, St. Daniel in Clarkston and St. Rita in Holly.

The pastors of each of the four parishes — together with any associate pastors and deacons — will work together to share ministry loads, schedules and resources, even if each priest primarily ministers to one particular parish.

“Not every priest likes to do the exact same thing,” Fr. Thibodeau said. “My hope is that our individual gifts as priests will be accentuated through all of this, whether it’s preaching or ministry to hospitals or whatever a guy likes to do.”

While the family pastors will share responsibility for the parishes, the moderator acts as a sort of “first among equals” who is tasked with resolving differences and speaking on behalf of the family.

Fr. Brian Cokonougher, pastor of St. Thecla Parish in Clinton Township, described the role as a sort of “tiebreaker” among the priests in a family.

“Each pastor (in the parish family) is assigned to be a pastor for the whole family, but the moderator is sort of the head of that team,” said Fr. Cokonougher, who will serve as moderator for St. Thecla, St. Malachy in Sterling Heights, St. Paul of Tarsus and St. Ronald in Clinton Township. “And so I don’t think a moderator works alone at all, but very much through these teams being created.”

Fr. Cokonougher said he and the other family pastors, along with one associate pastor, have already begun meeting to learn about one another’s parishes and introduce themselves to parishioners.

“I think we have four really strong parishes,” Fr. Cokonougher said. “We’ve already worked together on some things. For example, St. Paul of Tarsus and St. Thecla do men’s fellowship together, and all three of the other parishes have been really supportive of St. Thecla School.”

In early April, the new moderators attended an archdiocesan-sponsored retreat where they learned about their new assignments and were given “homework” to reach out and begin learning about other parishes in the family.

For priests largely used to working alone, the chance to spend time collaborating, praying and learning from fellow priests has spiritual benefits, too, Fr. Cokonougher said.

“Even if we don’t all live in the same rectory, it will be nice to have more of a rapport and a support network, praying together, eating meals together,” Fr. Cokonougher said. “That’s time well spent. Whenever we can share our experiences in ministry, it reminds us that we’re not in it alone.”

Fr. Mario Amore said his understanding of the role of a family moderator is continuing to evolve.

Fr. Amore, 34, will be among the youngest moderators when he assumes that role for St. Aloysius, Our Lady of the Rosary, Old St. Mary’s and the Cathedral of the Most Blessed Sacrament in Detroit.

“The idea behind families of parishes isn’t new, even if it’s new to us,” Fr. Amore said. “Just like for a first-time pastor, you don’t really understand your role until you’re in it, experiencing the different realities.”

Fr. Amore’s parish family is somewhat unique. In addition to St. Aloysius and Our Lady of the Rosary — which he pastors — Fr. Amore’s responsibilities will include Old St. Mary’s, which is under the care of a religious order, and the cathedral, which has its own special considerations.

“The Holy Ghost Fathers have been at St. Mary’s since the 1800s, and the new priests were just assigned there a couple of weeks ago,” Fr. Amore said. “And with the cathedral, obviously being respectful that Fr. J.J. (Mech) is the rector there, it’s something I’m still looking for clarity on.”

Fr. Amore said he hopes to begin conversations with the other priests in his family soon, but added one thing they can share immediately is a common experience of urban ministry.

“Especially in the city, it's just a different dynamic,” Fr. Amore said. “Having that closer fraternity will help when we face difficulties, whether it’s resources or finances. We don’t have a large staff here. I think that takes a lot of the burden off of each individual parish trying to make everything work.”

The way Fr. Thibodeau sees it, the transition to families of parishes will not only help priests work better together — it will give them a concrete reason to do so.

“I think most priests realize that it’s getting to be too much to do on your own,” Fr. Thibodeau said. “For years, we’ve heard about the benefits of collaboration, but the truth is, we haven’t done much of it. Where this is really going to help is in the administration.”

For instance, Fr. Thibodeau said, coordinating Mass schedules and vacations — a must for priests on the verge of burnout — will be easier with four family pastors.

“Instead of everybody having an 8 o’clock, 10 and 12 on Sundays, let’s stagger it,” Fr. Thibodeau said. “This way, we can coordinate our schedules and make sure our priests aren’t overloaded.”

“If a moderator does his job right, he’s going to get multiple people involved and there will be a greater sharing of ministry among the laity and clergy,” he said. For instance, if a parish is particularly good at Christian service or religious education, those resources can be shared across the family, Fr. Thibodeau said.

“If we’re calling these groupings families, we can think about our parishes in that way,” Fr. Thibodeau said. “It’s not one parish in four locations. Just like a family, each parish brings its own unique talents, but all serve the same mission, which is to profess the great grace of Jesus Christ, who brings us to salvation.”

Editor’s note: Fr. Brian Cokonougher’s name was spelled incorrectly in an earlier version of this article.