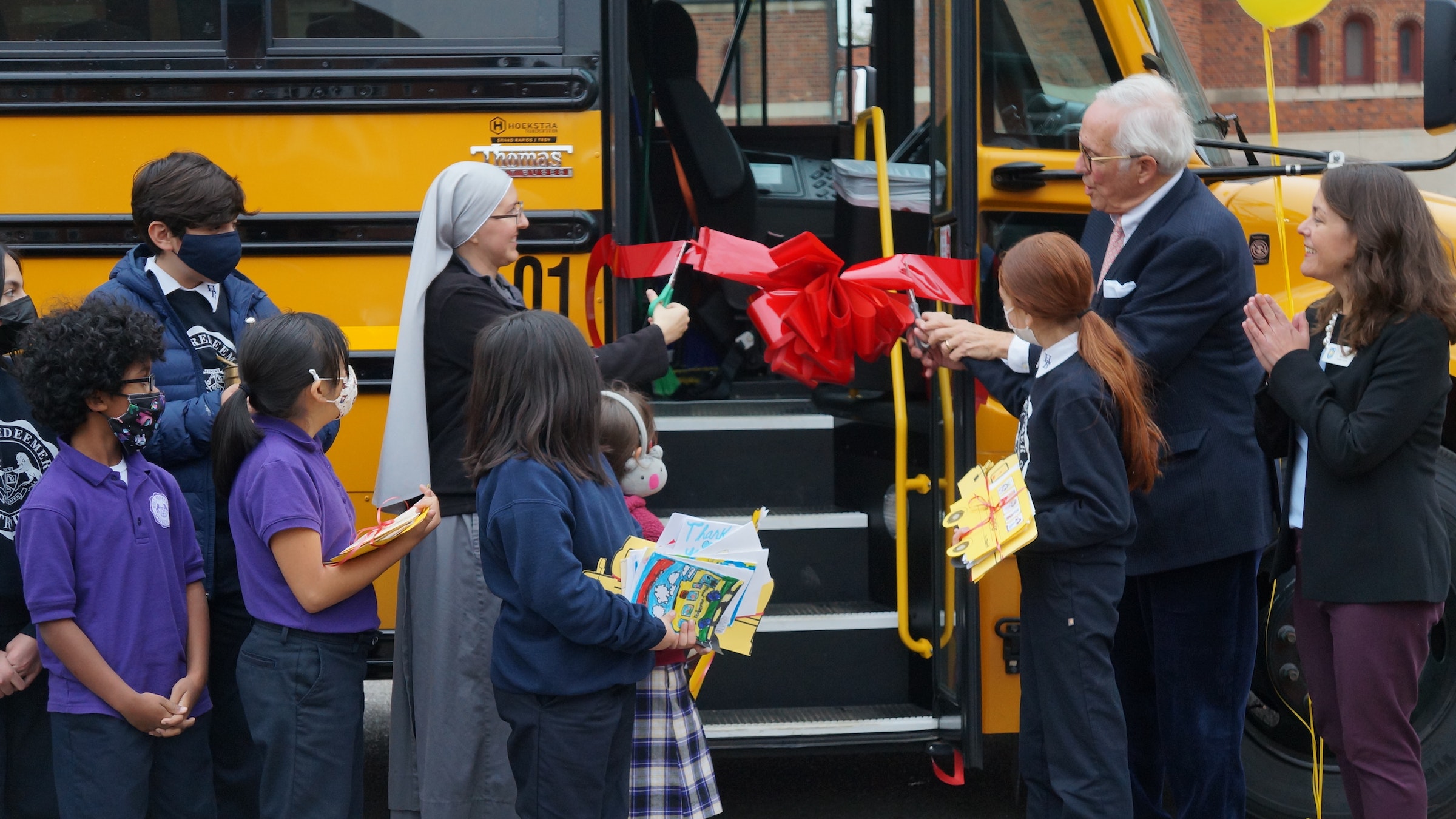 DETROIT — A bus is not just a bus for the students at Holy Redeemer School in Detroit; it’s a passageway to a world outside the classroom.

The school received a new $70,000 bus Nov. 9 as a gift from donors through the Catholic Foundation of Michigan.

“Our school is very family-oriented,” principal Sr. Kateri Burbee, SOLT, told Detroit Catholic. “The idea (to have a bus) is like a family gathering, a family outing.”

Last spring, when the school’s 30-year-old bus was on its last leg, the students went to a state park. At that time, Sr. Burbee said, she questioned how many more trips that bus could take; without it, future outings that are important for the students' growth would be in jeopardy. For many students, especially from low-income families, field trips are a way to experience the world outside their school and neighborhood. 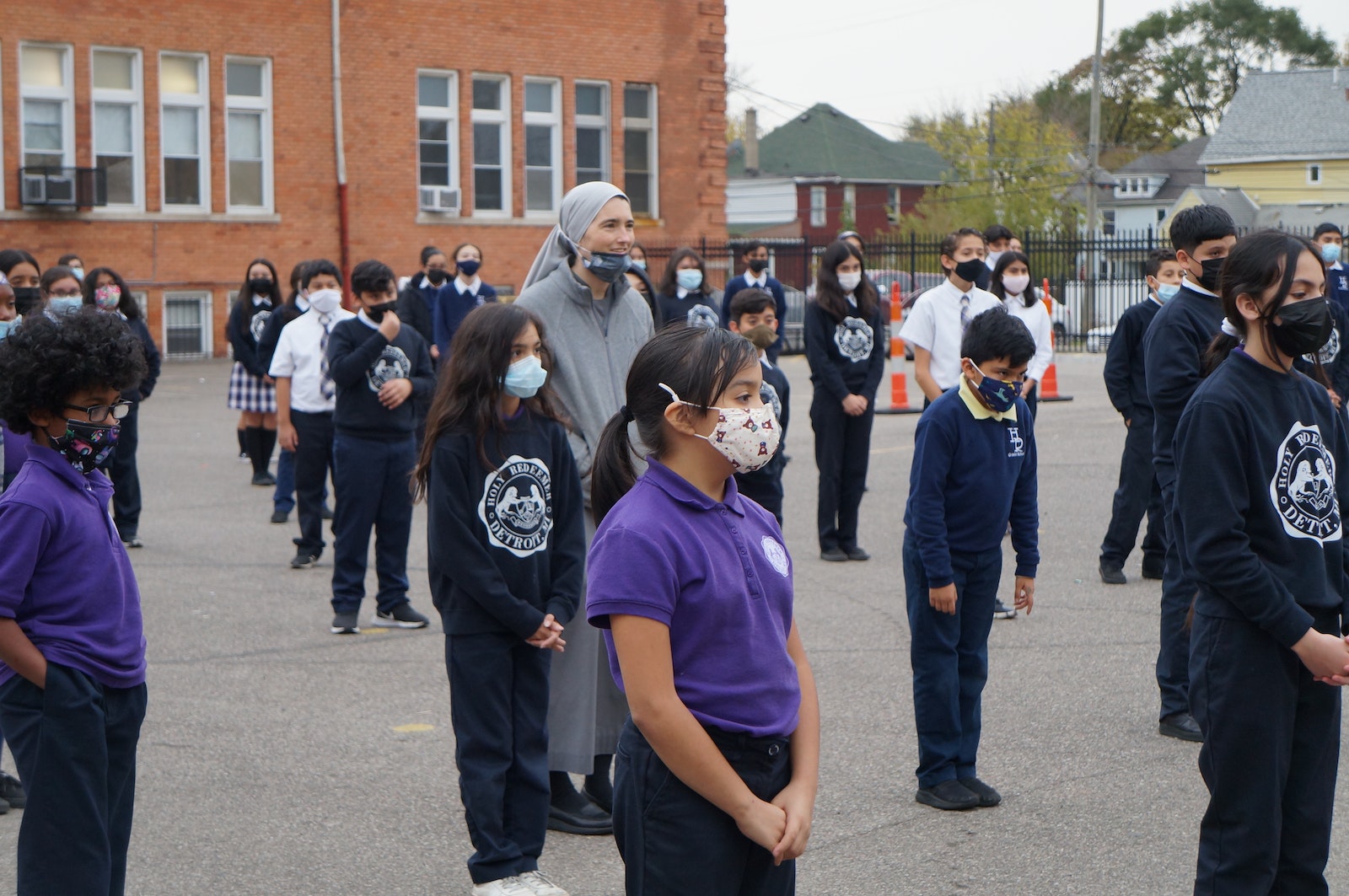 Holy Redeemer students watch the ribbon-cutting while social distancing outside the school on Nov. 9. Sr. Burbee said the new school bus represents a chance for many students to venture outside their school and neighborhood, often for the first time.

Sr. Burbee added the state park trip was an “opportunity for them to encounter God the Father and how much He blesses each and every one of us.”

Seventh-grader Miranda Lara said she was excited to ride the new bus.

“We are going to be the first class to use the bus tomorrow to see the Parade Company,” she said, explaining that the seventh-grade students would take the bus along with their second-grade buddies.

Second-grader MariaBelen Bermudez-Lara, 7, said she was most excited for the bus “because it is new and I get to ride in it.”

Clark Durant, a Catholic philanthropist and one of the donors behind the project, was at the ribbon-cutting event to share in the joy with the students. 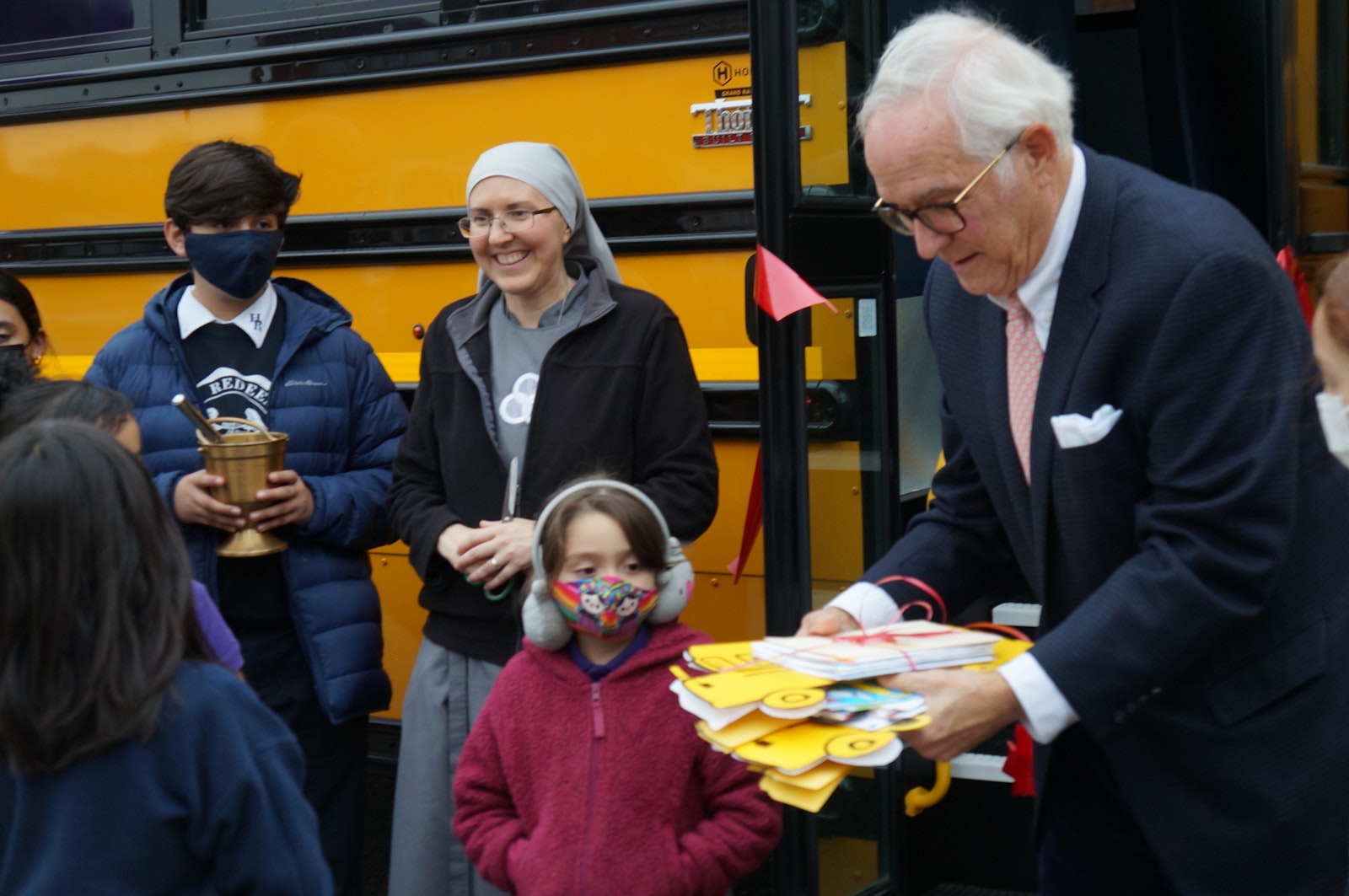 Clark Durant, a local philanthropist, spoke to students at the ribbon-cutting, challenging them to grow into people of virtue and to put others' needs first.

“People think of it as a bus, but it’s really part of this community,” Durant said. "This is part of the flourishing of human development.”

Durant spearheaded the gift along with Joe Ricci, Mike Shields and the late William Pulte, whose family foundation recently acquired the Inn at St. John's in Plymouth from the Archdiocese of Detroit.

Overjoyed at the students' reaction to the new bus, Durant promised them a future trip to the University of Notre Dame, his alma mater.

“What is rich about the Catholic understanding is that every piece of the community, from teachers to books to buses, each come from the love at the center of the Eucharist,” said Durant, who converted to the Catholic faith 16 years ago. 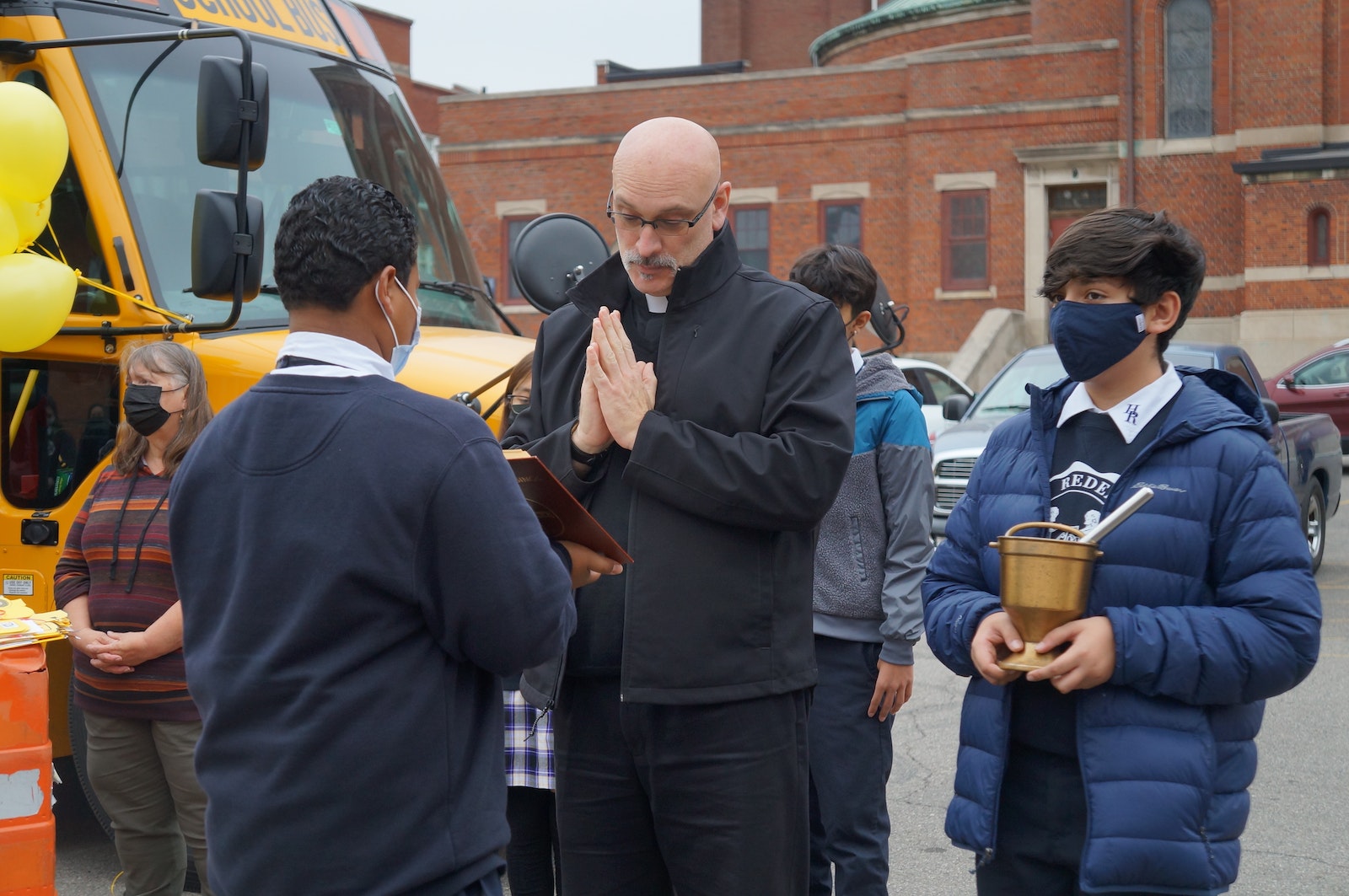 During his address to the students at the ribbon cutting, Durant reminded them of their role in the Church's future. Durant challenged students to find him in the future and tell him what they did with their lives, and how Holy Redeemer prepared them.

“Every one of you is being prepared to be a vessel of love, even for strangers,” he explained, encouraging students to pass along their blessings by taking steps to do good for others and not just themselves. “Your lives will change our community from darkness to light."

Angela Moloney, president and CEO of Catholic Foundation of Michigan, said the organization was honored to facilitate the donors' generous gift for the benefit of Holy Redeemer students.

“The Catholic Foundation’s mission is to make it easy for individuals, families and groups to be generous on projects such as this,” Moloney said. “It is a joy to steward this gift on behalf of so many generous donors.”