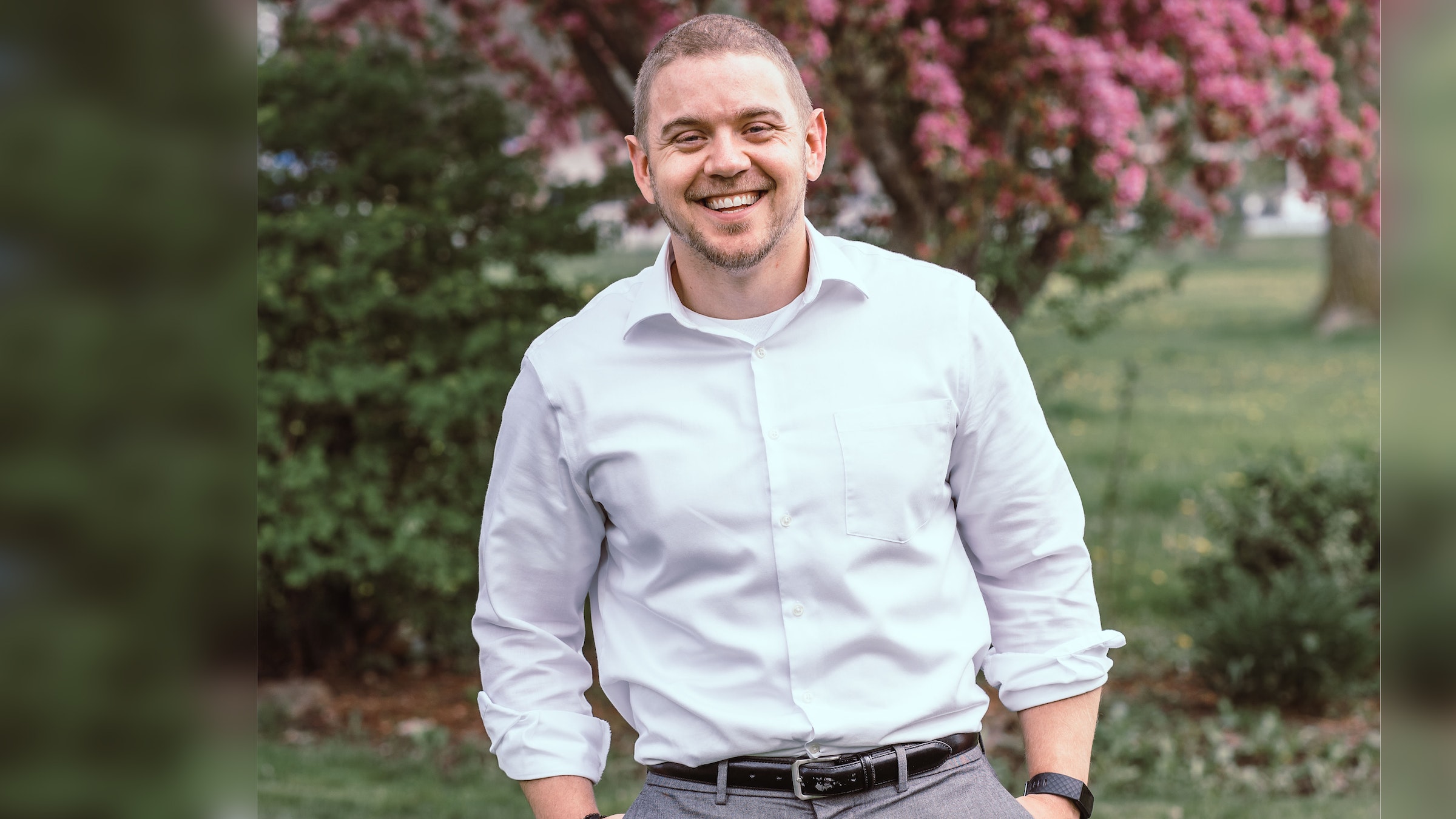 Matthew Brandon, a father of four and newly confirmed Catholic at St. Edith Parish in Livonia, credits his 8-year-old son, Zach, and a video produced by Fr. Michael Schmitz with giving him the motivation to investigate the Catholic faith. Now, he's ready to share that faith with the world. (Valaurian Waller | Detroit Catholic)

Matthew Brandon's curiosity got the better of him, led him to investigate questions he had about the faith

Editor's note: This story is the fourth in a series on new Catholics who entered the Catholic Church at Easter. New articles in the series will run every Friday throughout the Easter season.

LIVONIA — God speaks to people in many ways. In Matthew Brandon’s case, God spoke through a video presentation, leading Brandon from a lukewarm Christianity to a fervent devotion to Catholicism.

Brandon was confirmed and received his first Eucharist at the Easter vigil at St. Edith Parish on April 20. He said it was the “culmination of a long process but also the beginning” of a new life.

The father of four says his 8-year-old son, Zach, was the impetus that got him into the RCIA program this year.

“He was having a rough time with the faith, not wanting to go to Mass,” Brandon said. “I thought, maybe I can do something.”

However, although Brandon had been baptized as a child, his mother had fallen away from the faith. Matthew’s wife, Danielle, had been raised Catholic, and when they married, they did so in the Church and agreed to raise their children in the faith.

“I never really agreed with the Catholic faith,” Brandon said, “but I knew it was important to my wife.”

As it happens, one of Brandon’s coworkers at the Veteran’s Administration Hospital in Ann Arbor had studied Catholic theology at the Catholic University of America.

Those answers eventually led Matthew to the RCIA (Rite of Christian Initiation for Adults) program at St. Edith. He credits the parishioners there for fostering a deep love of the faith.

“They are so welcoming, so accepting,” he said. “They made the process so welcoming. It’s been amazing.”

While he started the program in October and learned a lot, Brandon said it wasn’t until he watched “Pray the Mass Like Never Before,” a video by Fr. Mike Schmitz, that the faith really came alive for him.

“At first, I was just going for my son,” Brandon said. He compared his conversion process with being bound by a rope, with his objections to the faith serving as the individual cords on the rope. The video “snapped the rope,” he said.

The objections Brandon had were similar to those experienced by many, Catholic and Protestant alike: confession, the priestly sexual abuse scandals, the importance of the Mass, etc. However, Brandon has found answers to those objections.

“I see the sexual misconduct scandal is not just a Catholic problem,” Brandon said. “As Bishop (Robert) Barron said, ‘It’s a world problem.’”

Through reading and watching Catholic programs, Brandon has learned the truth about many misconceptions people have.

“The Catholic Church has really gotten a black eye for a while, and I just kind of went along with the crowd and agreed with what people were saying,” he said. “But now I see the importance of the Eucharist and what actually happens at Mass.”

As for confession (or reconciliation), “I was so scared, petrified,” Brandon said. “As soon as I came out (of the confessional), the weight lifted right off. ‘This is why we do this,’ I said to myself. It’s someone holding us accountable. That’s important.”

Brandon said his confirmation and first Eucharist were “amazingly joyful,” and his eldest daughter, Charlotte, 10, has been his biggest fan throughout the process, asking questions and encouraging her dad along the way. As for Zach, “he is happy that I have done this” as is the rest of his family.

“I haven’t had any real pushback,” Brandon said. While his parents are Christian Scientists, the reaction to his conversion has been more startled surprise than anger.

There has been a major change in Brandon’s way of life, however. He attends daily Mass when possible and stops in the VA Hospital chapel daily before his work day begins. Mealtime conversations with his family center on the good and not-so-good aspects of each person’s day and various faith matters. He plans to look into the College of St. Leo’s bachelor of theology program as a possible step into a career in parish work.

“This has really taken my world upside down — for the better,” Brandon said. “Church is so much more than just Sunday worship. We are supposed to praise God at all times. It’s taken my perspective in a whole new direction. I couldn’t be happier.”