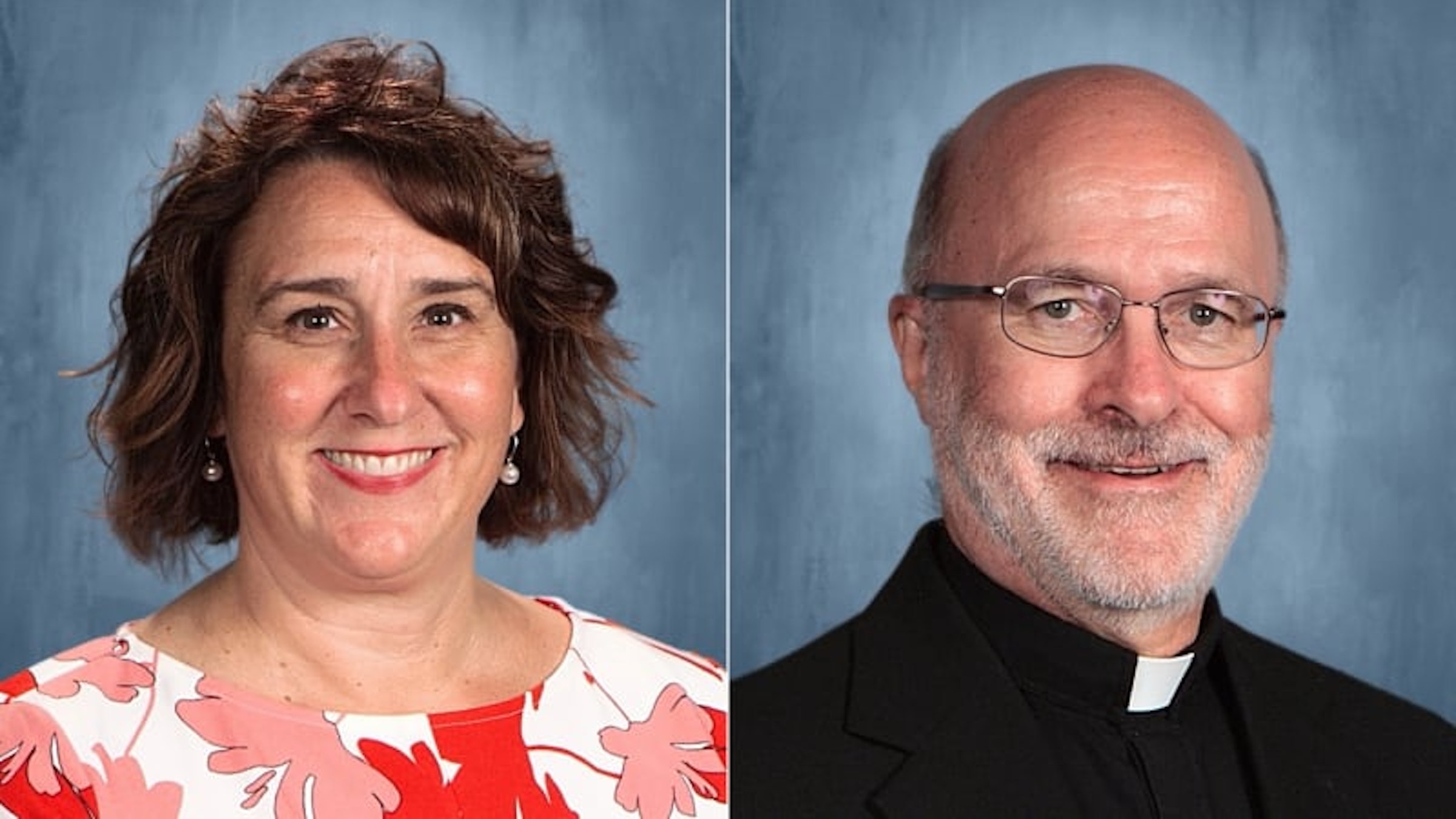 PONTIAC — Kimberly Anderson will take over as the principal of Notre Dame Preparatory High School, the Pontiac school announced March 9, as current principal Fr. Joseph C. Hindelang, SM, becomes provincial of the United States Province of the Society of Mary (Marists) on July 1.

Anderson is the current vice principal of Notre Dame Prep, and will assume her new role July 1.

Andrew J. Guest, head of school at Notre Dame Prep, said Anderson, who first came to Notre Dame Prep as a teacher in 1997, is the perfect choice to lead Notre Dame's upper school.

“Kim brings an extraordinary amount of academic and educational leadership experience to the principal position and understands the culture of our school,” Guest said. “She is highly respected by the faculty and her peers. Kim has particularly distinguished herself this past year in helping ensure smooth operations during the pandemic.”

She said the opportunity to work with exemplary educators steeped in the Marist tradition was something she couldn’t pass up when she first came to the Pontiac campus.

“I am so grateful and blessed to be given the opportunity to work as principal of this great school,” said Anderson, 49, who grew up in west Michigan and attended Catholic schools in Coopersville, located just west of Grand Rapids.

Anderson, who holds a bachelor’s degree from Western Michigan University and a master’s from Wayne State University, said she’s filling some impressive shoes.

“As principal, Fr. Joe has been such an important part of the legacy of this school,” she said. “I have been blessed to be able to work with him all these years and consider him both a mentor and a friend. Fr. Joe was very passionate about creating a student-centered learning environment that helped so many of our kids become successful, lifelong learners.”

Fr. Hindelang’s election as provincial of the Marists’ U.S. Province means he will be moving this summer to Washington, D.C., where the province is headquartered. His election was confirmed by the superior general in Rome, Fr. John Larsen, SM, and he takes over from Fr. Paul Frechette, SM, the current provincial, who has been in the position for the past six years and is term limited.

“I have such a great deal of admiration for Fr. Joe,” said Guest, a 1984 Notre Dame High School alum. “He has dedicated his life to his order, the mission of Catholic education and to God, and is a role model for all of the lay faculty and staff at Notre Dame. He’s also a great friend and I wish him all the best as he takes on this important role with the Marists.”

Fr. Hindelang, 71, is a 1968 graduate of Notre Dame High School. He later studied at Framingham State College in Framingham, Mass., the Oblate Seminary in Natick, Mass., and Assumption College in Worcester, Mass., where he received a bachelor’s in philosophy in 1972.

In 1977, Fr. Hindelang received a Master of Divinity degree from the Weston Jesuit School of Theology in Cambridge, Mass., and attended Boston College, St. John's Seminary, Harvard Divinity School and the Catholic University of America.

Over the course of Fr. Hindelang’s lengthy service within the Society of Mary, he also has enrolled in a number of specialized programs, including spirituality studies at the University of Notre Dame and Marygrove College, and educational leadership studies from the University of Dayton and Boston College.

He first came to the Notre Dame campus in Pontiac in 1998 after 10 years of service at Notre Dame High School and six years as provincial superior of the then-Boston Province of the Marists. He was named principal of Notre Dame Prep and Marist Academy’s upper school in 2002.

Fr. Hindelang said he will miss Notre Dame and its students, faculty and staff, but looks forward to his new responsibilities.

“I am humbled by the confidence the Society of Mary has placed in me in this position,” Fr. Hindelang said. “And truly honored to succeed Fr. Frechette, whom I have been privileged to count as a friend and an inspiration for many years. While I will be very busy at the office in D.C., I definitely plan to keep in touch with all of my friends and colleagues at NDPMA and will visit as often as possible.”

A version of this article first appeared on Notre Dame Preparatory’s website. Mike Kelly is director of marketing for the Pontiac school.