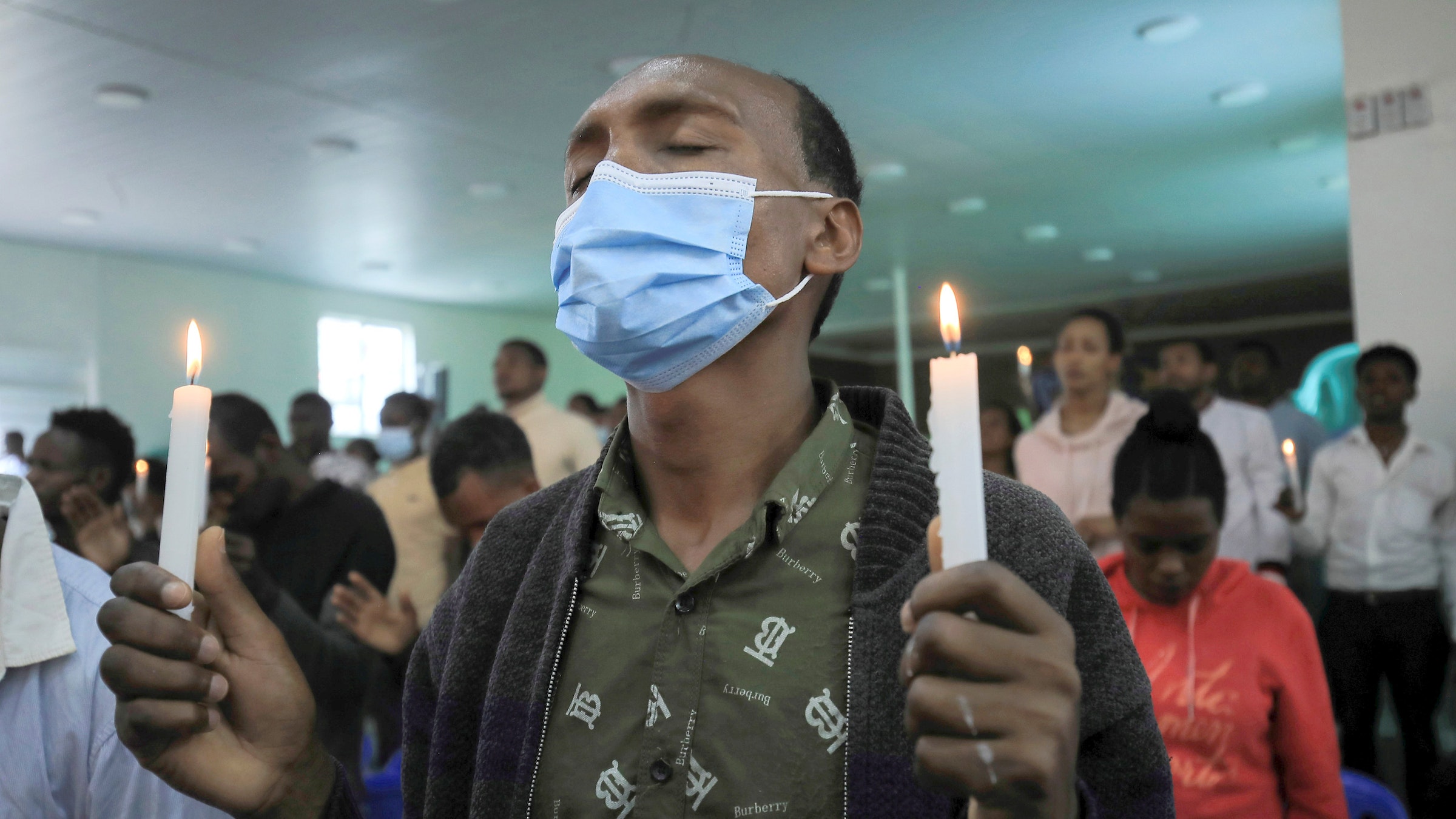 NAIROBI, Kenya (CNS) ─ Catholic bishops in Ethiopia warned that insecurity is shutting down churches and forcing more priests and nuns to flee, as consequences of the war in the northern province of Tigray are felt across the entire country.

The bishops reiterated that the insecurity also had made it difficult for the church to effectively carry out its pastoral work in many parishes -- including those in the Diocese of Adigrat in Tigray.

"The church is facing a great challenge, especially the lack of peace in our country. ... Many of our parishes, including Adigrat Diocese, share the challenge. Priests and sisters have fled their monasteries due to (in)security, and the number of closed chapels and monasteries is increasing," Cardinal Souraphiel Berhaneyesus, chairman of the Ethiopian bishops' conference, said in late July.

For more than 20 months in Tigray, Bishop Tesfaselassie Medhin of Adigrat, his priests, and the people of the region have remained cut off from the rest of the country as a government keeps a blockade in place.

While urging the parties in the conflict to focus on peace, dialogue and reconciliation to end the suffering of the people, Cardinal Berhaneyesus said the citizens are still being killed and exiled because of their identity in many places.

"We strongly urge the government and the people to work together to ensure peace in our country so that citizens can live in freedom. They (citizens) are also struggling to meet their basic needs," he said.

In November 2020, Ethiopian Prime Minister Abiy Ahmed Ali ordered military action against the Tigray People's Liberation Front, the rulers of the semi-autonomous region. The prime minister accused the TPLF of overrunning a national army base in the Tigray capital city, Mekele. But the operation that was supposed to be a short mission spread to other regions.

Agencies estimate that the deaths in Tigray have reached 500,000 people, due to combined causes that include starvation, direct killings and lack of medical or health care.

The latest report by the International Displacement Monitoring Centre, an international organization that produces data and analysis on internal displacement, said conflict and violence in Tigray have displaced an estimated 5.1 million people. These people need food, and some fear the starvation of millions.

On July 26, Bishop Medhin urged immediate settlement of the conflict to avert a more serious humanitarian crisis and deaths. He pleaded with the federal government and other governments supporting Ethiopia, as well as national and international organizations that could have any role to stop the war, siege and blockade.

"If this horrible situation is not resolved as soon as possible, we are already witnessing and will witness the horror of (a) much more serious crisis and loss of life in Tigray," Bishop Medhin said in a statement quoted by Fides, news agency of the Vatican Dicastery for Evangelization.

The bishop said it is difficult or impossible for the church to provide pastoral, health and humanitarian services, among others, due to the government and occupation forces' blockade. The two actions have isolated the church from its pastors and communities, international Catholic networks, and the rest of the world, according to the bishop.

The TPLF and government have announced peace negotiating teams, but they have not agreed on the venue, date or unveiled the structure of the negotiations. Also, the two sides continue to differ on the choice of the chief mediator.

Church officials consider the peace talks critical and say they will do their best to make sure the dialogue is successful.