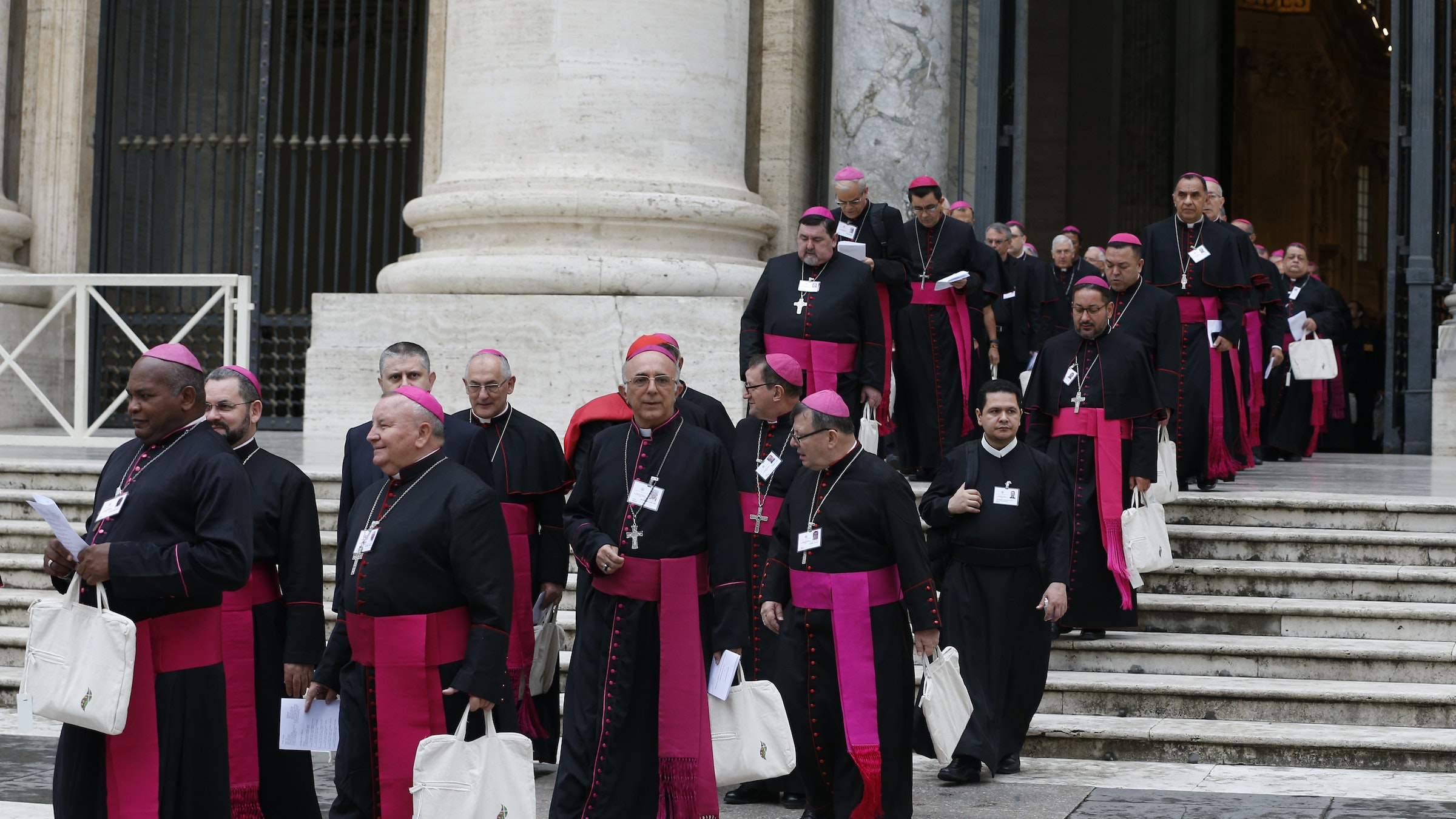 Bishops walk in procession from St. Peter's Basilica at the start of the Synod of Bishops for the Amazon at the Vatican in this Oct. 7, 2019, file photo. Pope Francis has chosen the theme of "synodality" for the next synod in 2022. (CNS photo/Paul Haring)

VATICAN CITY (CNS) -- Pope Francis has decided the next world Synod of Bishops at the Vatican, which will take place in October 2022, will have the theme: "For a synodal church: Communion, participation and mission."

The Vatican announced the choice of "synodality" as the theme in a brief communique March 7.

"Synodality," which literally means "walking together," has become a key topic of Pope Francis' pontificate, but one which has raised questions and even confusion.

The basic idea in the pope's teaching is that the grace of baptism makes one part of the body of the church and, therefore, responsible for its life and mission. In a hierarchical church, that shared responsibility calls for regular, serious and structural forums for listening to all members of the church. At the same time, as the pope has said, it does not mean putting decisions to a vote as if a synod were a parliament.

In 2018, the International Theological Commission, which advises the Congregation for the Doctrine of the Faith, published a document on the topic, "Synodality In the Life and Mission of the Church."

Synodality, which has been present in Christianity since its very beginning, the document said, is not simply about involving people in decision making, but involving all the baptized in discerning God's will and listening to the Holy Spirit. The goal, it said, always is to find the best ways for every baptized person to fulfill the church's mission of proclaiming God's love and salvation in Jesus Christ to the world.

Regarding questions that continue to be raised about the similarities and differences between synodality and a democratic form of church governance, the commission wrote: "A synodal church is a church of participation and co-responsibility. In exercising synodality she is called to give expression to the participation of all, according to each one's calling, with the authority conferred by Christ on the College of Bishops headed by the pope. Participation is based on the fact that all the faithful are qualified and called to serve each other through the gifts they have all received from the Holy Spirit."

At the same time, it said, "the authority of pastors is a specific gift of the Spirit of Christ the head for the upbuilding of the entire body, not a delegated and representative function of the people."