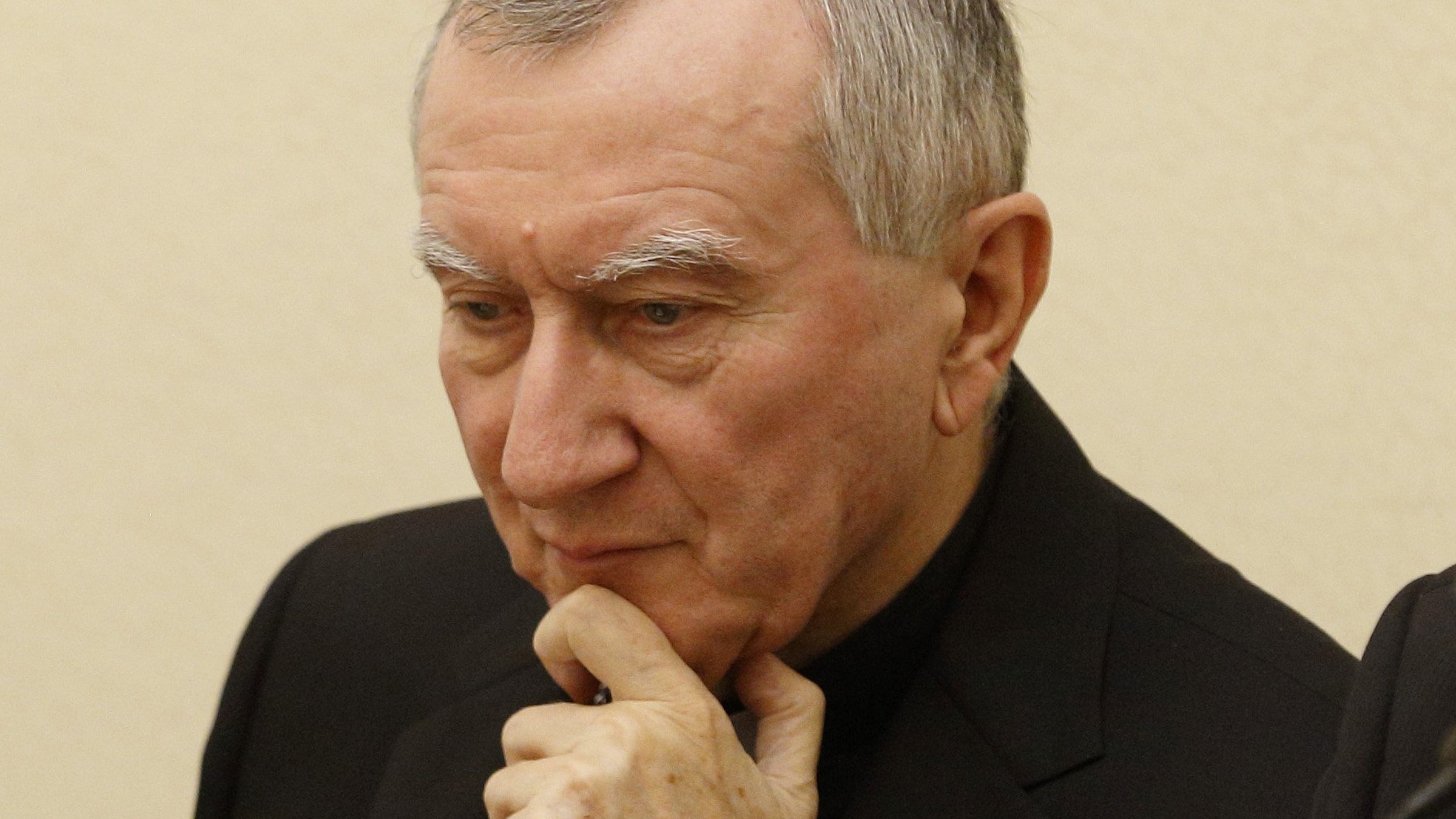 Cardinal Pietro Parolin, Vatican secretary of state, is pictured at a book presentation at the Congregation for the Doctrine of the Faith at the Vatican in this Oct. 18, 2018, file photo. In a written message prepared on behalf of Pope Francis, Cardinal Parolin reflected on how the the COVID-19 pandemic confirmed changes previously underway in people's understanding and participation in Sunday Mass. The message was for the 71st National Liturgical Week in Cremona, Italy. (CNS photo/Paul Haring)

The message was sent on behalf of the pope Aug. 23 to the 71st National Liturgical Week, by Cardinal Pietro Parolin, Vatican secretary of state. The meeting, held Aug. 23-26 in the Italian city of Cremona, brought together pastoral workers, religious and priests to discuss ways to encourage the faithful to attend the Sunday liturgy and participate in other liturgical celebrations, rites and the sacraments.

In the written message, the cardinal said the pandemic and its restrictions, which had prevented the faithful from gathering like before, underlined the importance of the liturgy in Christian life.

But, what happened during the pandemic and the difficulty in resuming liturgical activities, he wrote, "confirmed what was already observed at Sunday assemblies on the Italian peninsula, an alarming indication of the advanced stage of an epochal change."

It had been noticed, even long before the pandemic, there has been a shift in how people perceive "time" and "space," which has had repercussions on the meaning of Sunday for most people and how most people experience community and the family, he said.

For this reason, he wrote, the Sunday liturgy, which should be "the true summit" of all parish activities and the source of energy for missionary life, is "off-balanced," in terms of which age groups normally attend, and in terms of the "difficulty in finding a harmonious integration in parish life.”

Cardinal Parolin wrote, "the Holy Father hopes that the National Liturgical Week, with its proposals for reflection and moments of celebration ... may identify and suggest some liturgical pastoral care guidelines to offer parishes, so that Sunday, the eucharistic assembly, ministries and the rites may emerge from the margins, from which they seem inexorably to be falling, and regain their centrality in the faith and spirituality of believers.