Pope offers prayers for victims of earthquake in Afghanistan 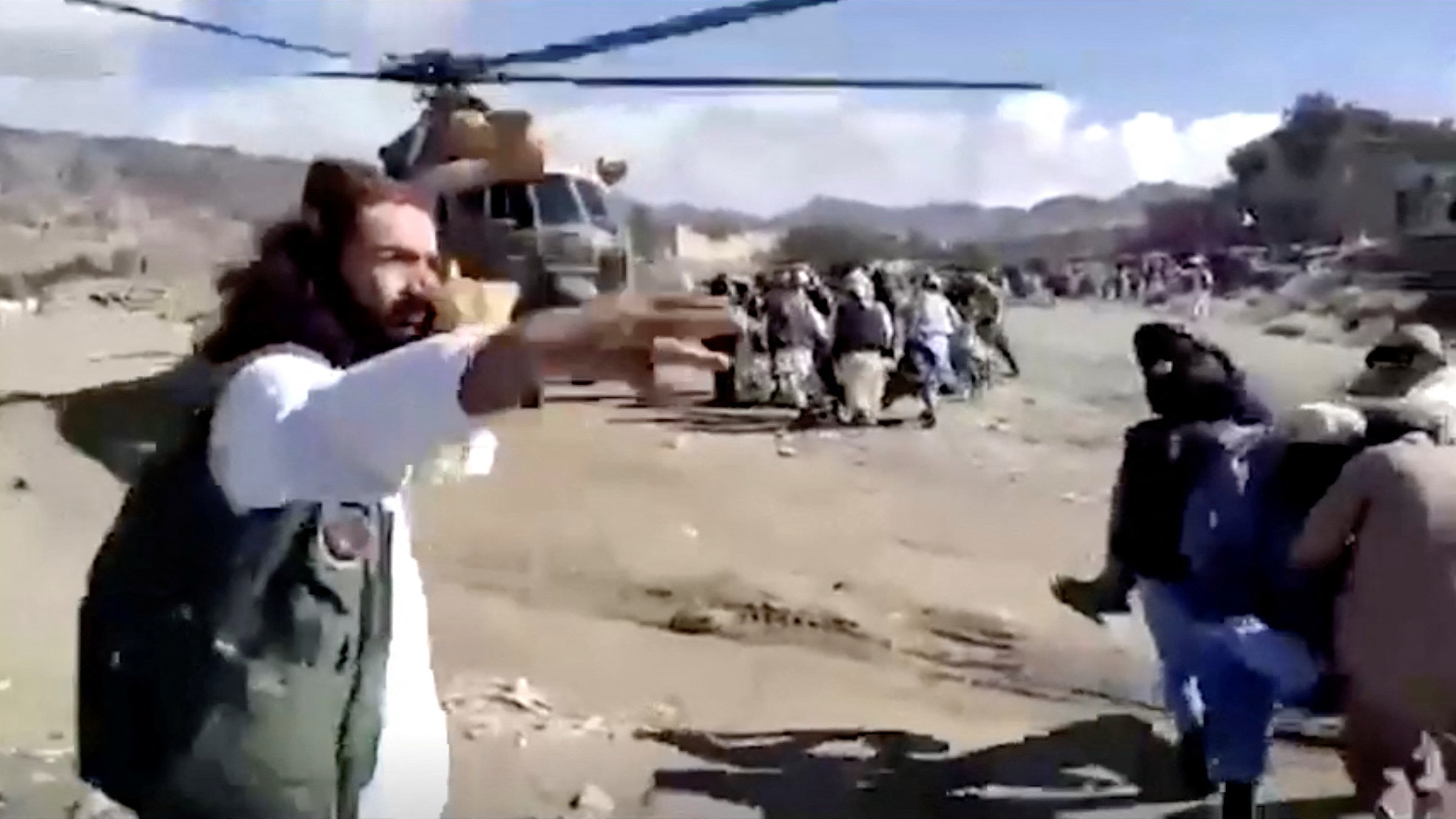 Rescuers carry injured people to a helicopter following an earthquake in a mountainous, remote region of Afghanistan, June 22, 2022, in this screen grab taken from a video. (CNS photo/BAKHTAR NEWS AGENCY, handout via Reuters)

VATICAN CITY (CNS) -- Pope Francis offered prayers for victims of a strong earthquake that hit a remote, mountainous area of Afghanistan near the border with Pakistan.

At least 1,000 people were dead -- the death toll was expected to increase -- and more than 1,500 people were injured in the quake, which hit just over 100 miles southeast of Kabul.

At the end of his general audience June 22, Pope Francis said: "In the past few hours, an earthquake has claimed victims and caused extensive damage in Afghanistan. I express my sympathy to the injured and those affected by the earthquake, and I pray in particular for those who have lost their lives and for their families. I hope that with everyone's help, the suffering of the dear Afghan people can be alleviated."

Catholic Relief Services, the U.S. bishops' international relief and development agency, still has a presence there. Officials at CRS could not be reached immediately, but disaster response is one of three target areas listed on the CRS website as the agency's focus in the country.