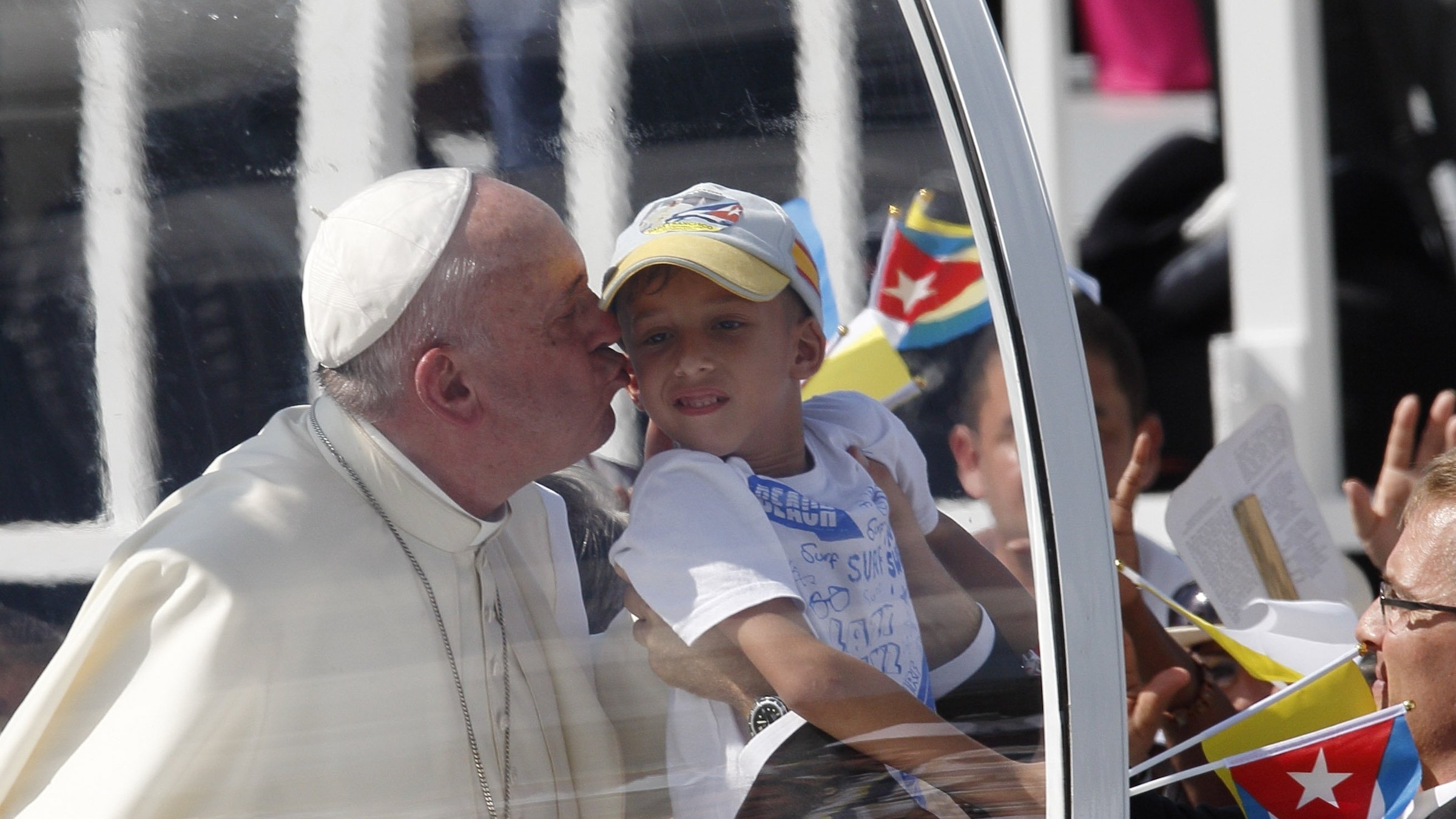 Pope Francis kisses a child as he arrives to celebrate Mass in Revolution Square in Holguin, Cuba, in this Sept. 21, 2015, file photo. The pope wrote a letter to Cuban Catholics to mark 25 years since St. John Paul II visited the country. (CNS photo/Paul Haring)

VATICAN CITY (CNS) -- Pope Francis asked Cubans "to make present in their hearts" the actions and words of St. John Paul II during his visit to their nation 25 years ago to "give a new push to building the country's future with hope and determination."

In a letter to the Cuban people, released at the Vatican Jan. 14, the pope marked the anniversary of St. John Paul becoming the first pope to visit the island nation. The visit began with Cuban President Fidel Castro welcoming the pope Jan. 21, 1998, to begin a five-day visit.

Pope Francis reminded Cubans that St. John Paul had asked them to return to their "Cuban and Christian roots" to face the country's challenges while remembering that each person "is primarily defined by their obligation to others and to history."

Twenty-five years later, the pope said those roots of the Cuban people have grown and flourished through "work and sacrifice each day, not only for your families, but also for your neighbors and friends, for the whole people, and in a special way for those most in need."

"Thank you for this example of collaboration and of mutual assistance that unites you and reveals the spirit that characterizes you: open, welcoming and supportive," he wrote.

Last year, Cuba experienced its largest anti-government protests in decades over food and medicine shortages as well as the government's response to the COVID-19 pandemic. Cuban officials said that more than 700 people were charged in connection to the protests.

In his letter, Pope Francis quoted Father Félix Varela, a 19th-century Cuban priest who helped organize Cuba's independence movement from Spain: "Shortly after a tree takes root, it will extend its branches, and virtue will rest in its shade."

After Pope Benedict XVI's visit to the country in 2012, Pope Francis became the third pope to visit Cuba in 2015 before traveling to the United States.