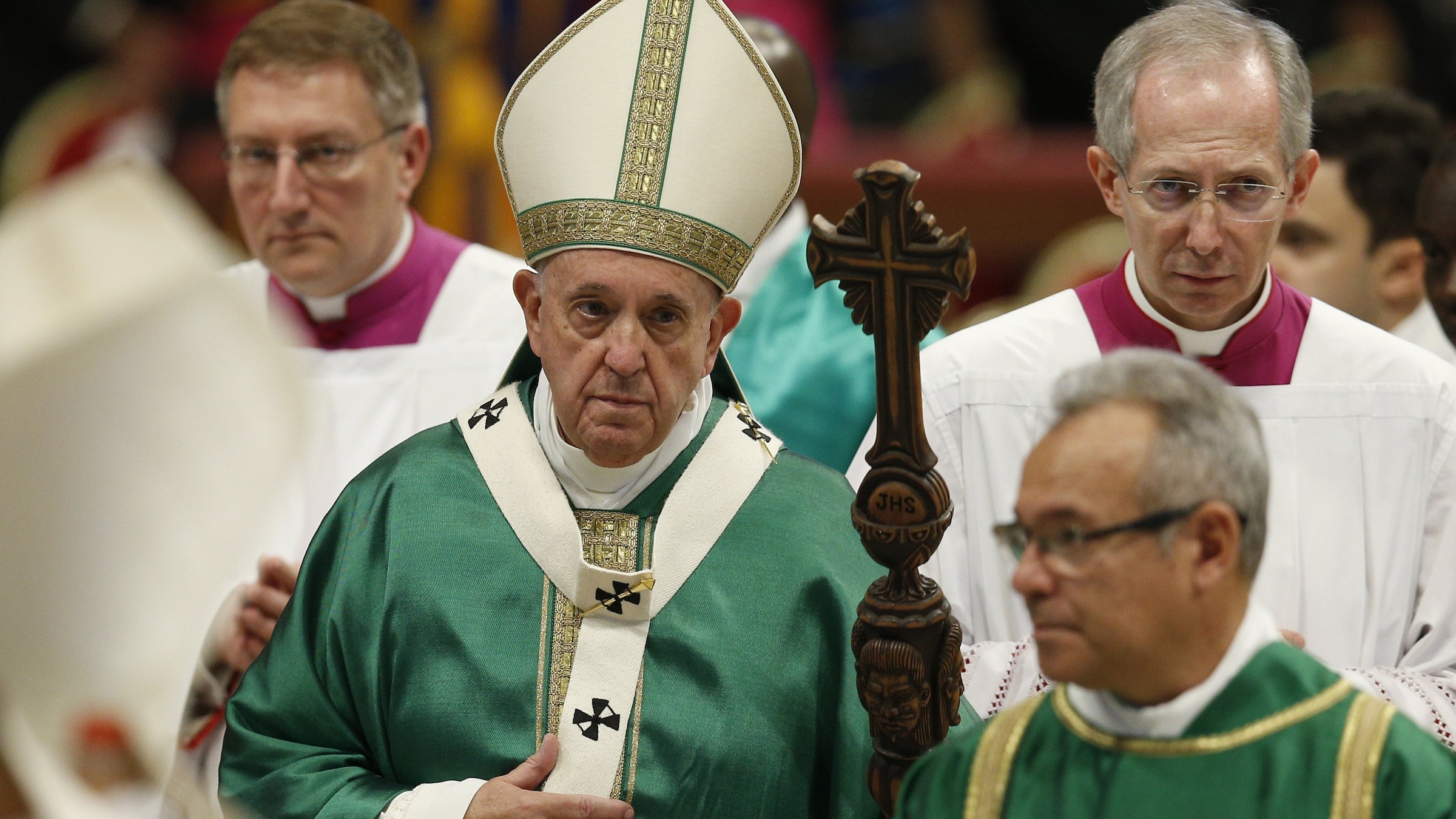 VATICAN CITY (CNS) -- The Vatican announced that Pope Francis will formally launch the process of the Synod of Bishops with a Mass in St. Peter's Basilica.

The Oct. 10 Mass, which officially open the synodal process, will be preceded by a day of reflection in the synod hall, the Vatican said in a statement published Oct. 1.

The Oct. 9 day of reflection, the statement said, will include "representatives of the people God, including delegates of the bishops' conferences and related bodies, members of the Roman Curia, fraternal delegates, delegates of consecrated life and ecclesial lay movements, the youth council, etc.”

According to the schedule released by the Vatican, the day of reflection will begin with a meditation followed by an address by Pope Francis.

It will also feature testimonies by people present at the synod hall, including a young woman from South Africa, a bishop from South Korea, and the head of a religious community from France.

Participants will also listen to video testimonies from a nun in the United States, a family in Australia and a priest in Brazil.

The theme chosen by Pope Francis for the 2023 Synod of Bishops is: "For a synodal church: communion, participation and mission.”

After the pope formally opens the synod process, the bishop of every diocese should open the process in his diocese Oct. 17.

In September, the Vatican issued a preparatory document and a handbook for dioceses as part of the global church's preparation for the synod.

The diocesan phase will go through April, featuring a consultation with local Catholics discussing the preparatory document and questionnaire that the synod office will send out along with guidelines for how the consultation should work.

Once the diocesan consultations have concluded, members of national bishops’ conferences will have a period of discernment to reflect and subsequently send a summary of that reflection to the Vatican's synod secretariat by April.

The listening sessions and discernment are meant to assist participants, mainly bishops, who will meet at the general assembly of the synod in October 2023.