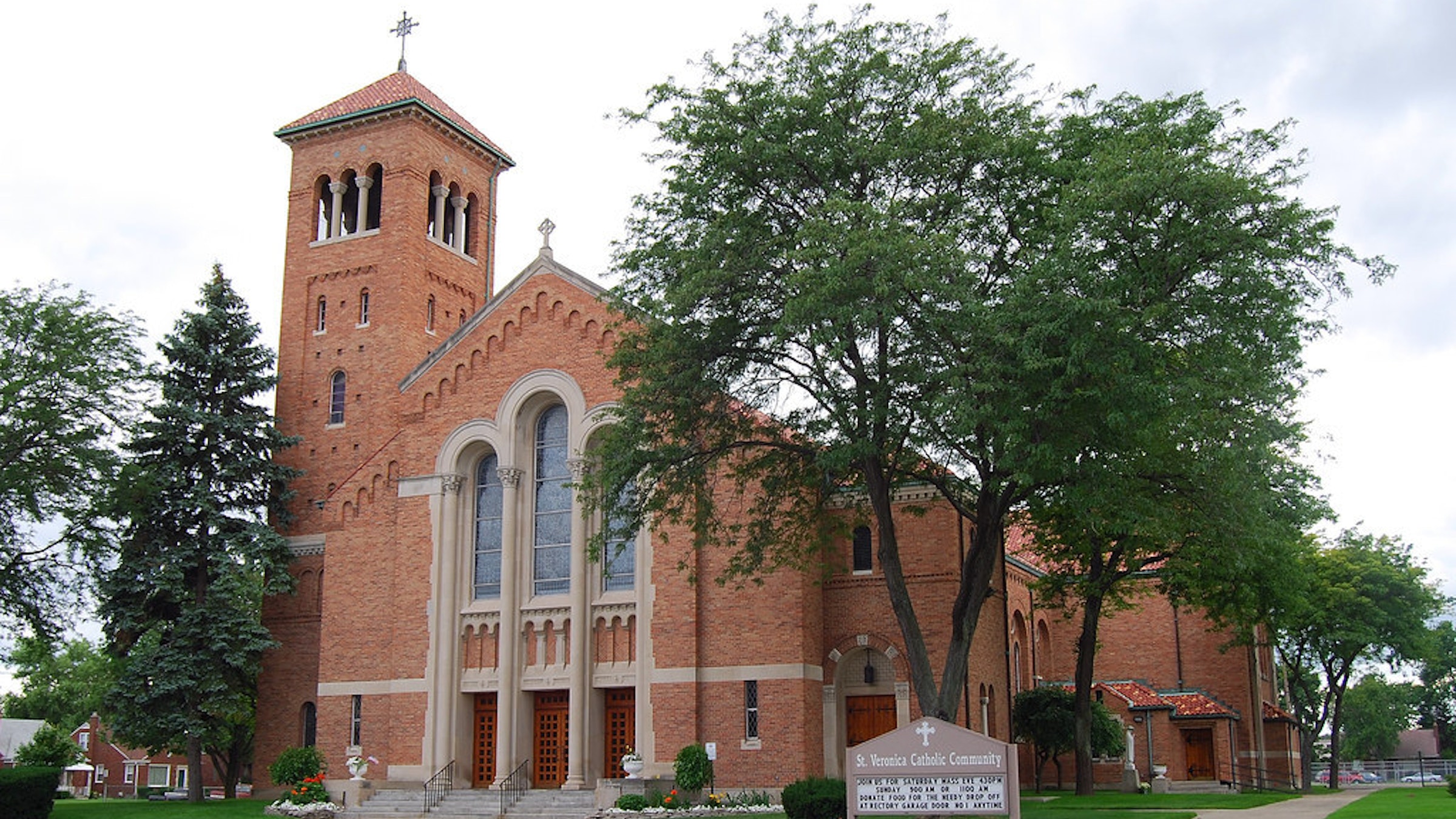 Three women shouting pro-abortion slogans disrupted the 11 a.m. Mass June 12 at St. Veronica Parish in Eastpointe. Ushers from the parish escorted the women out of the church without incident, though police were called. (Detroit Catholic file photo)

EASTPOINTE (CNA) -- A nearly naked woman disrupted Mass at St. Veronica Parish in Eastpointe on June 12 by standing on a pew and shouting pro-abortion chants, an online video shows.

Two other women visible in the video joined her in the chants and held green cloth bandanna-like banners which often are used by activists with the pro-abortion group Rise Up 4 Abortion Rights.

Ushers escorted the three women out of the church. The video originally was posted on TikTok and then re-posted on Twitter.

The Archdiocese of Detroit said for the past five weeks it has been alerting pastors and parishes to be aware of security transgressions in other dioceses.

"We are sad to see protestors disrupt a liturgical celebration and disrespect those who were gathered in prayer," archdiocesan spokesman Ned McGrath said. "All religious communities should be free to worship without fear. In the Archdiocese of Detroit, we are committed to accompanying women and families facing difficult or unexpected pregnancies and advocating for laws that protect the lives of unborn babies and mothers."

McGrath said local police were notified about the disturbance.

The incident is the latest in a growing list of provocations by pro-abortion activists targeting Catholic churches because of the Church’s clear teaching that abortion is a grave evil.

Incidents of vandalism and arson also have taken place at a number of pro-life pregnancy centers across the U.S. since a leaked draft opinion in a Mississippi abortion case suggested a conservative majority on the U.S. Supreme Court is prepared to overturn the landmark 1973 Roe v. Wade abortion decision that legalized abortion nationwide.

“Since the leak of the draft opinion in Dobbs v. Jackson Women’s Health Organization, charities that support pregnant mothers in need have been firebombed, and pro-life organizations have been attacked almost daily and terrorized, and even the lives of Supreme Court justices have been directly threatened,” read the statement by Cardinal Timothy Dolan of New York and Archbishop William E. Lori of Baltimore.

“In light of this, we urge our elected officials to take a strong stand against this violence, and our law enforcement authorities to increase their vigilance in protecting those who are in increased danger. We thank those who have already done so, and we encourage them to continue,” the statement continued.

“Above all, each of us must choose the path of peace and open our hearts to the love that God has for his children. O Sacred Heart of Jesus, touch our hearts and make them like your own.”