Rehumanize International founder writes about securing human rights for all 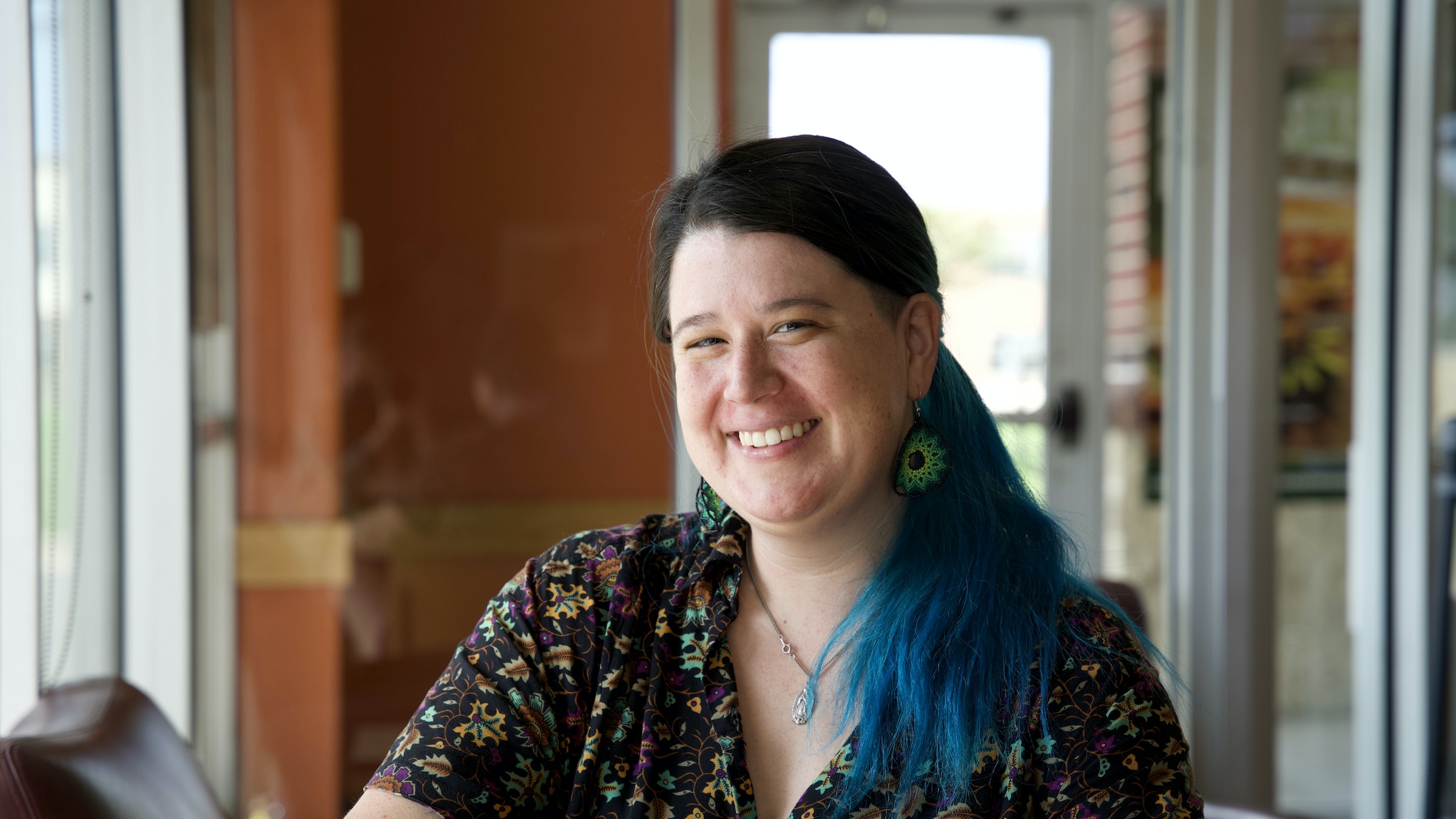 Aimee Murphy, the founder of the human rights' nonprofit, Rehumanize International, is currently on a 90-day book tour for her first book, "Rehumanize: A Vision to Secure Human Rights for All." Murphy began her own journey of upholding a consistent life ethic after experiencing a trauma that led to a conversion of belief about the dignity of life. (Gabriella Patti | Detroit Catholic)

TW // sexual violence/rape, violence murder: This article contains discussions of rape, abuse and threats of violence/murder against another human being.

BLOOMFIELD TOWNSHIP – Aimee Murphy says her commitment to protecting the inherent dignity of all people was born the moment her high school boyfriend threatened to kill her if she didn’t have an abortion.

He had raped Murphy on Valentine's Day, Murphy says, and when a couple of months passed without her having a period, she panicked.

Murphy was raised Catholic but had been grappling with her beliefs and felt there was no longer a place for her in the Church. She identified as an atheist, as when she began to wonder if she might be pregnant, Murphy reasoned that as a feminist, she also must be pro-abortion.

Murphy was at the top of her class – her teachers told her she was bound for an Ivy League school – the thought of being pregnant by her rapist was devastating. Her mind turned toward abortion.

One day, Murphy's (now) ex-boyfriend pulled her out of the classroom to have a chat. Murphy looked to her teacher, hoping an adult would intervene, but the teacher was disengaged, and Murphy ended up in the hallway -- alone with him.

Murphy recalls that her ex-boyfriend brought up what she had already been contemplating: that she needed to have an abortion, that he would pay for it and drive her to get one. Murphy asked why it was so important to him. He said he didn’t want his mom to find out what had happened.

Murphy remembers scoffing at this reply – but also feeling confused. Wasn't abortion what she wanted? Then, the ex told her that if she didn’t get an abortion, he thought he might kill her.

What happened next is what Murphy now describes as a moment of “radical empathy.” She knew she couldn’t be like him.

“What he was telling me was, ‘You're an inconvenience to me. You're an inconvenience to my future. Therefore, I'm going to kill you,’” Murphy told Detroit Catholic in a recent interview as part of her 90-day book tour to promote her first book, "Rehumanize: A Vision to Secure Human Rights for All." The second stop of the tour, after one in her hometown of Philadelphia, was in metro Detroit at Guardian Angels Parish in Clawson on Aug. 23.

"I just don't think I cared until I had this moment where I just had this radical empathy, where I suddenly understood what it was like to have someone threaten violence against me because I was an inconvenience in their life," Murphy said.

Even as a teen Murphy could rattle off the scientific facts about life: that sperm-egg fusion at fertilization creates a new, unique living member of the same parent species. However, the reality of this didn't click until that moment when someone was threatening her own personhood.

"My existence threatened their comfort," Murphy said. "And so, I decided that I couldn't be like him; that if I was pregnant, I couldn't use abortion to get rid of another human."

It turned out Murphy wasn't pregnant, after all. But in that moment of "radical empathy," Murphy knew violence wasn't the answer, and she began to understand what she would later be able to identify as the Consistent Life Ethic, a philosophy that would become the basis of her life's work and focus of her book.

“I just became really radically committed to this idea of nonviolence and the dignity of every human being,” Murphy said. “Later, I came to understand that I was so unsettled by that experience that I made it my goal to go unsettle the rest of the world with their complicity with a system that is so entrenched in violence. When this violence is accepted, then we're comfortable with continuing systemic violations of human dignity, and that speaks to what we're willing to allow others to suffer for our comfort. It's been my goal ever since to go unsettle everyone.”

Murphy started her journey to unsettle everyone by establishing the Life Matters Journal in 2011, which morphed into Rehumanize International, a nonprofit dedicated to creating a culture of peace and life. The group adheres to the “Consistent Life Ethic,” which calls for opposition to all forms of aggressive violence against human beings, including (but not limited to) abortion, capital punishment, embryonic stem-cell research, euthanasia and assisted suicide, police brutality, torture and unjust war.

Murphy is no longer the executive director – she stepped down in 2020 to become the director of publications – but she is still actively works toward sharing a Consistent Life Ethic with others, most recently with the publication of her book via New City Press.

"Rehumanize" is the third release as part of New City Press' brand-new Magenta project, which focuses on publishing authors who address important cultural topics from the standpoint of Christian conviction, without being trapped in a polarized mindset.

In her book, Murphy invites readers to consider how polarized culture has become on issues of life and the lack of consistency across the board. Murphy breaks down pertinent Consistent Life Ethic issues by chapter, giving readers meaningful steps to take in order to truly live according to these principles of non-violence and inherent human dignity.

The center of the Consistent Life Ethic is the theological concept of Imago Dei, Murphy explained.

“One of the core principles that brought me back to the Catholic faith was this quite consistent belief about human dignity: there's nothing that we could do, no amount of inaction nor any bad action that could deprive us of this nature as the Imago Dei, the Image of God,” Murphy said.

Many non-religious people would argue that because of human beings’ rational nature and unique selfhood, we should not commit violence against one another as it violates our inherent human dignity, Murphy added.

“You don't have to believe in the Imago Dei in order to understand,” Murphy said. “I think from experience, all humans have this selfhood that means it so you can't just swap out one human with another.”

Murphy points out that no one would ever accept that their spouse or child could be swapped out for a similar make and model. Everyone has an “untouchable je ne sais quoi” – a quality that cannot be described easily – that makes them who they are, she said.

“You can't quite put your finger on what it is about a person that transcends their appearance or their tone of voice or their Myers-Briggs Personality Type,” Murphy said. “There's some 'you-ness' or 'me-ness,' some selfhood that makes it so you can't just swap out humans. In Catholic belief, that selfhood is a reflection of the image of God; and so, this consistent belief in human dignity is always present, always part of our nature. Human beings are made in the image of God, and nothing can unmake that. “ 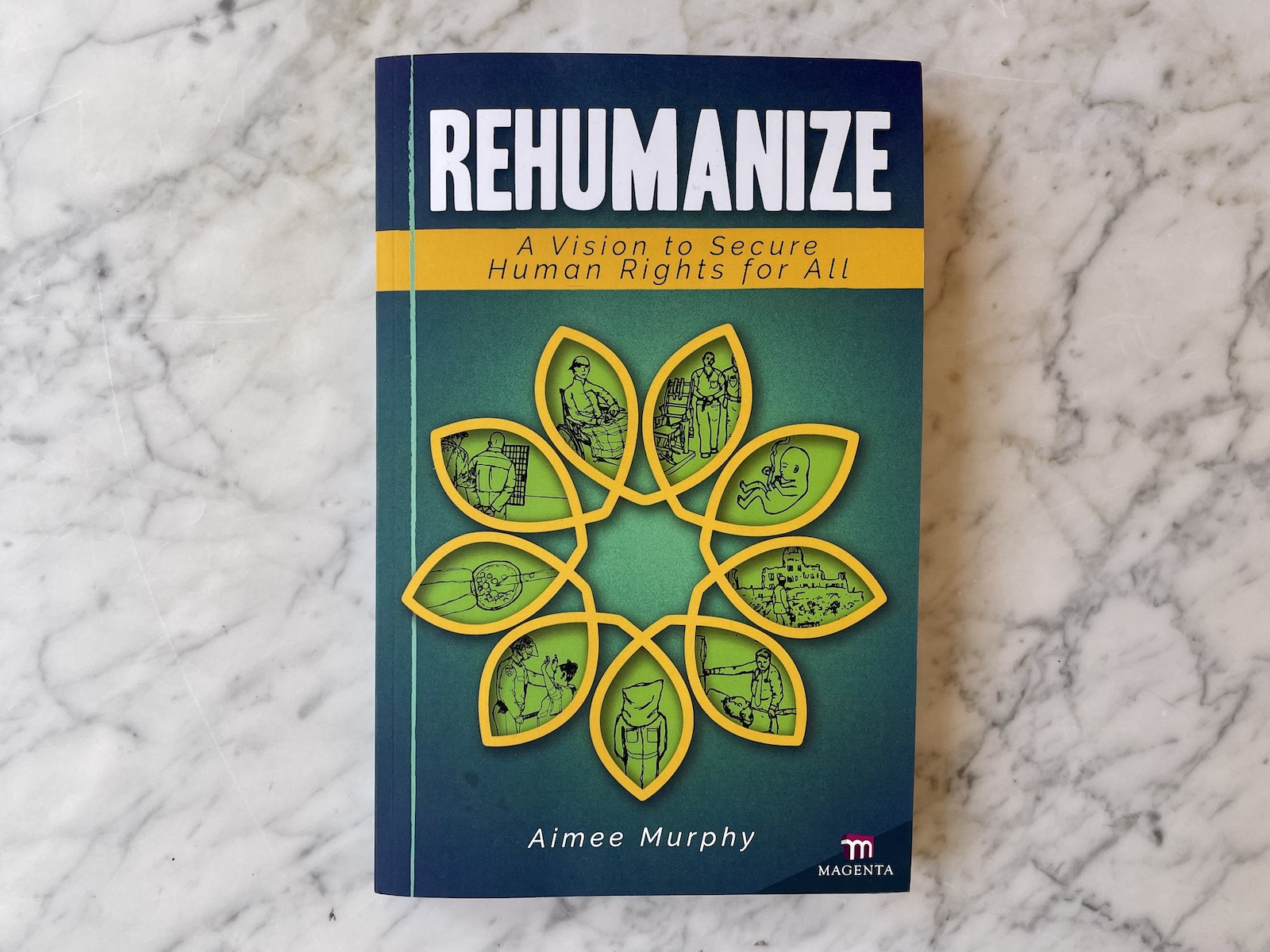 In her book, Murphy invites readers to face head-on how polarized our culture has become on issues of life and the lack of consistency across the board. Murphy breaks down pertinent Consistent Life Ethic issues chapter by chapter, and gives readers meaningful steps to take action and truly live by a consistent life ethic.

Murphy explores these concepts in the book that were well articulated by Dorothy Day, Mother Teresa of Calcutta and Catholic pacifists during the Vietnam War.

Murphy is already considering her next steps after publishing her book and is working on edits for a second edition addressing the Dobbs v. Jackson Women's Health Organization Supreme Court decision, which held that the U.S. Constitution does not confer the right to abortion.

“I honestly wasn't sure how I was expecting Dobbs to get decided,” Murphy said. “So because it got decided the way it did, I realized I have to address a new context, in the abortion chapter in particular.”

While Murphy appreciates what Dobbs has done to safeguard the life and dignity of unborn humans, she said the decision also threw into sharp focus how much work still needs to be done on the local level to heal the trauma – not just from abortion, but also from inhumane systems that often make women feel that abortion is their only option. It's time to unsettle.

Murphy’s mission and book are not just for Catholics. She initially set out to create a space in which her younger self – liberal, feminist and atheist – would have felt comfortable coming to the table to discuss issues of human life and dignity.

"I wanted to create a space where we could be every human standing for every human," Murphy said. "Standing for dignity for all, with people from all sorts of different backgrounds, regardless of faith, race, or religion, or religion and faith in the same political party, socio-economic background, or sexual orientation.”

REHUMANIZE: A Vision to Secure Human Rights for All can be purchased online at Rehumanize International’s website, New City Press, and Amazon.